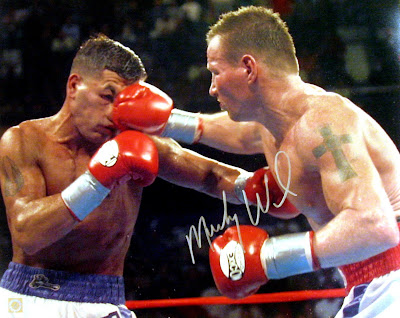 Opening in theaters December 10, 2010 'The Fighter' is based on the early years of boxing great 'Irish' Micky Ward. Starring such acclaimed actors as Mark Wahlberg, Christian Bale,  and Amy Adams I'm sure this is going to be the must see movie this holiday season.
'Irish' Micky Ward is best known for his trilogy of fights with the late Arturo Gatti. The first Ward/Gatti fight is considered the 'fight of the century' by boxing fans and writers.

Here is the legendary fight 1 round 9
Via - The Awesomer