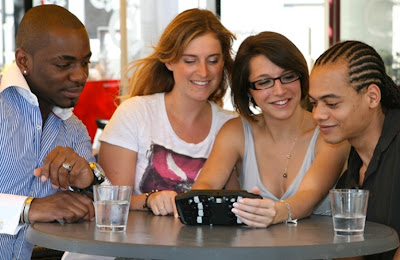 I went out for dinner the other night with a group of friends to celebrate a birthday. Two members of our dinner group had recently broken their mobile phones and were using loaners, so a discussion started about what new phone they should get.
The discussion was quite civil, considering that iPhone and Blackberry had loyal followers  present. Instead of waging the proverbial war of iPhone vs Blackberry vs everyone else, the discussion revolved around input methods. It seems the new Blackberry Torch's sliding keyboard/touch screen seemed the consensual favorite. 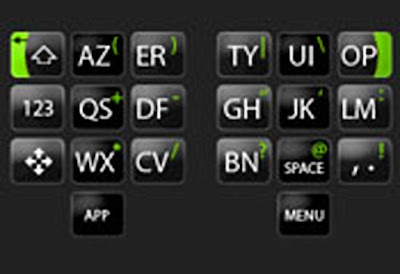 So I made the mistake of mentioning this new input method "Back-type" that puts a keyboard on the back of a device. The mistake was that my friends hated the idea and couldn't get their heads around the fact that this could be possible. "how can you see what your typing?" was asked, and I responded "I don't always look at my keyboard when I type, I don't know I guess you get used to it". "Why would you want it on the back?" someone else asked, "I don't know I'm not inventing it, I'm just saying its new technology being developed". Well I was glad to see the end of that conversation, strange , usually people look forward to my insights on technology. 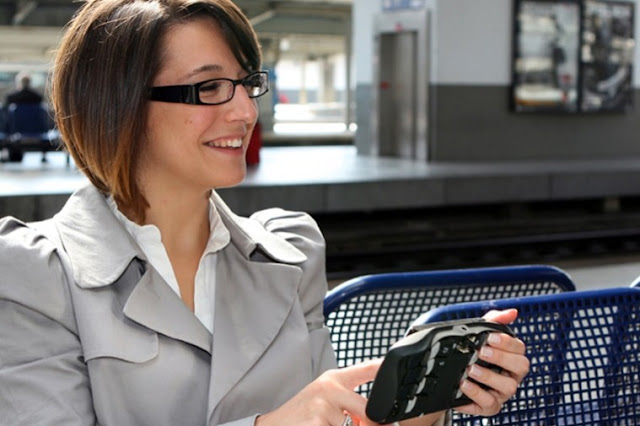 I've had some time to ponder the questions and now realize that well maybe my friends we right, but maybe not. At my day job I am required to memorize all kinds of number codes and passwords, sometimes I forget the actual number, but remember the sequence on the keyboard. For example, to get into maintenance mode on a computer the code 7913 is used, why 7913 because the code is actually first box,last box,skip,fist box,last box, the numbers being irrelevant. Sometimes when using my debit card I enter the wrong number because the keypad is flipped, and I sit there pondering the actual numbers, this ever happen to anyone else? Finally I wonder if the person who invented the typewriter, ever imagined that people would be using that same device format in the future without looking at the keys.

The input method is call "Back-type" and it's being developed by a French company called AlphaUi. Its being hailed as a revolutionary new way to utilize todays modern technology. The focus is to target the tablet market  where holding a device in both hands makes standard input methods impossible to use.
Via - Gizmag