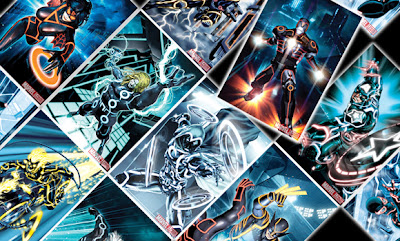 So here is the deal...Disney just bought the Marvel comic empire for some $4billion dollars. Disney is also coming out with a sequel to their iconic 80's movie TRON. A movie that pioneered computer generated imagery (CGI), a cult following, and one of the most sought after arcade machines today. Disney's follow up movie TRON Legacy will be hitting theaters this December. 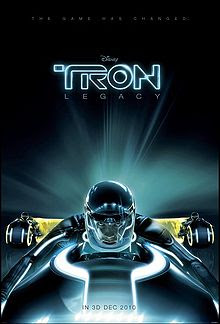 Disney is counting on its allies in the Marvel universe to help promote the launch of their highly anticipated box office hit, so, this November all the Marvel A-listers will be getting a TRON make-over, and you'll be able to pick up "TRON-ified" issues of selected Marvel comics.
Now you know I'm not going to let you go without giving you a sneak peak, so, here you go... 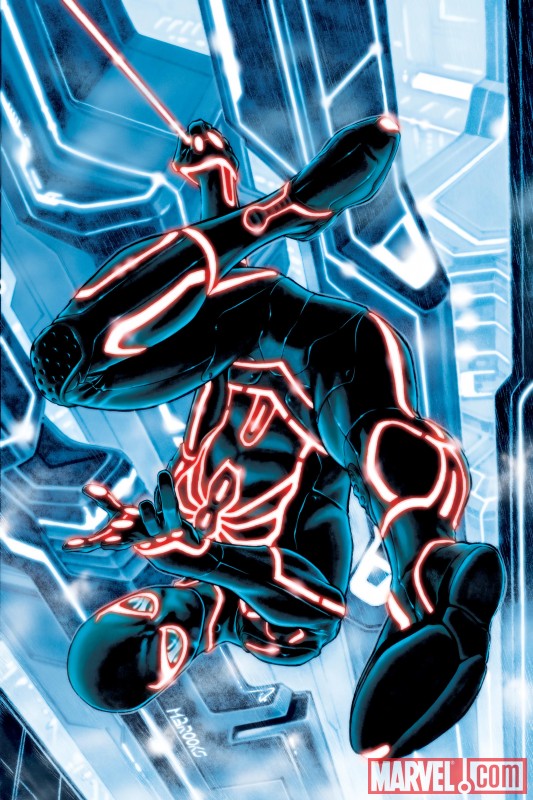 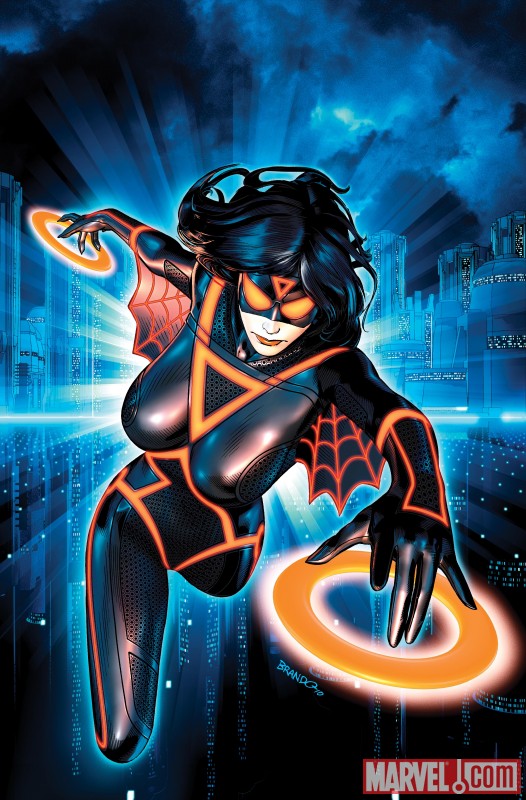 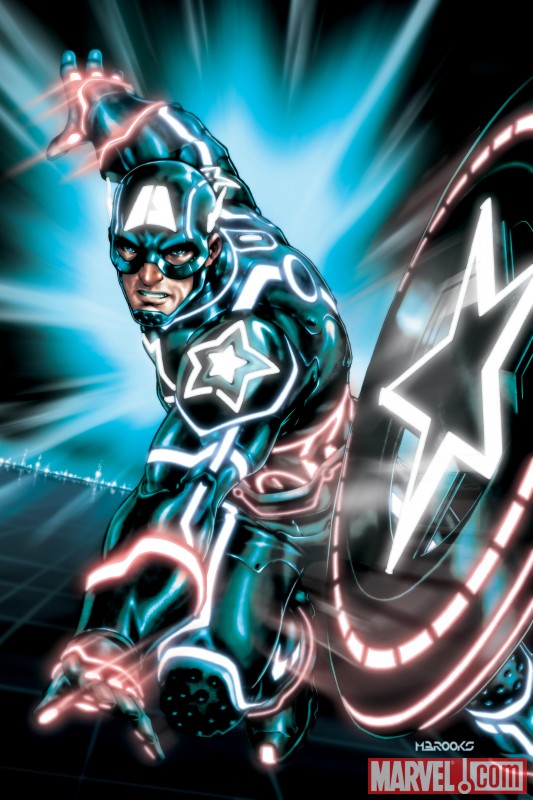 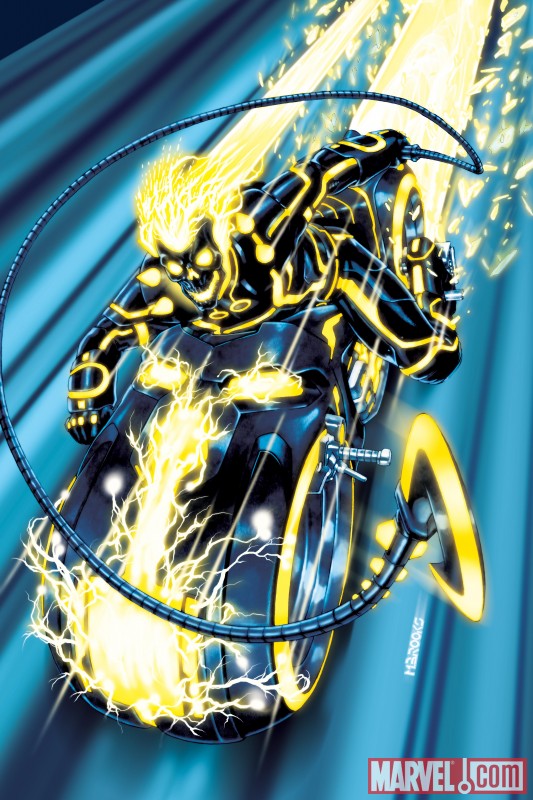 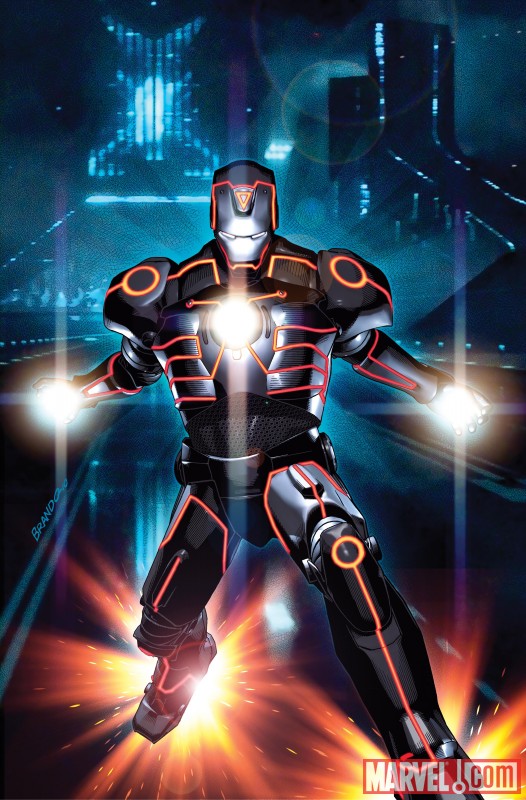 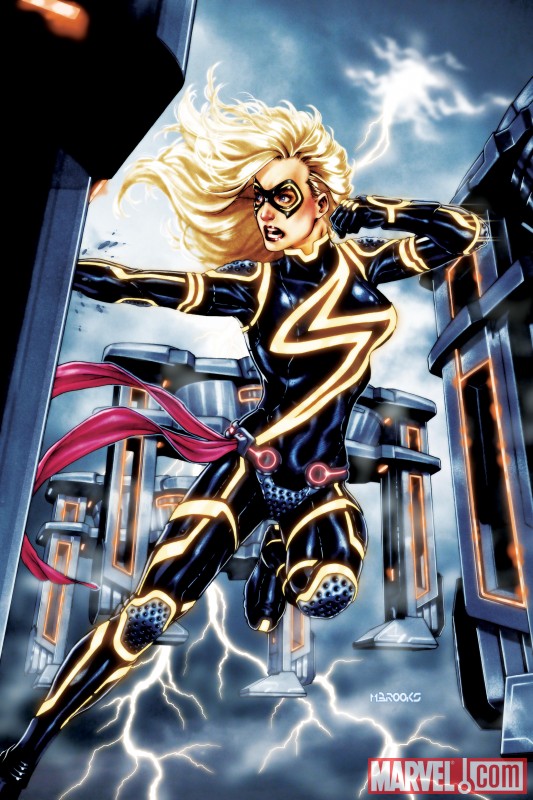 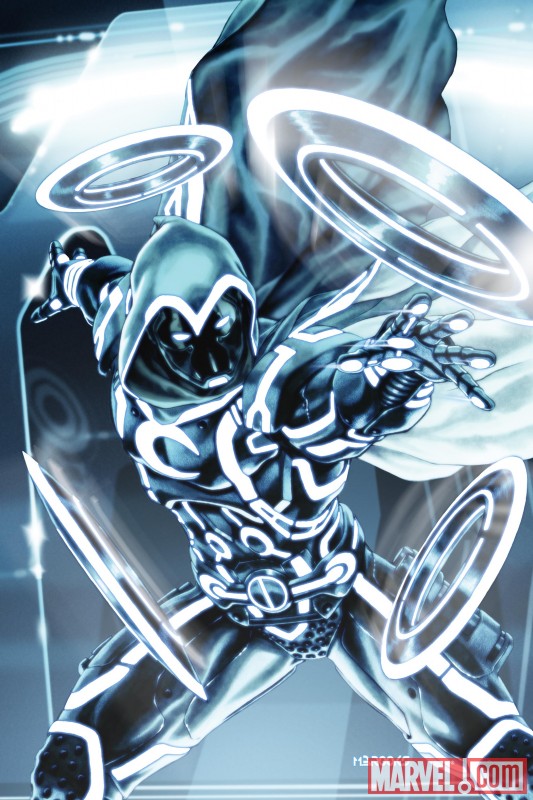 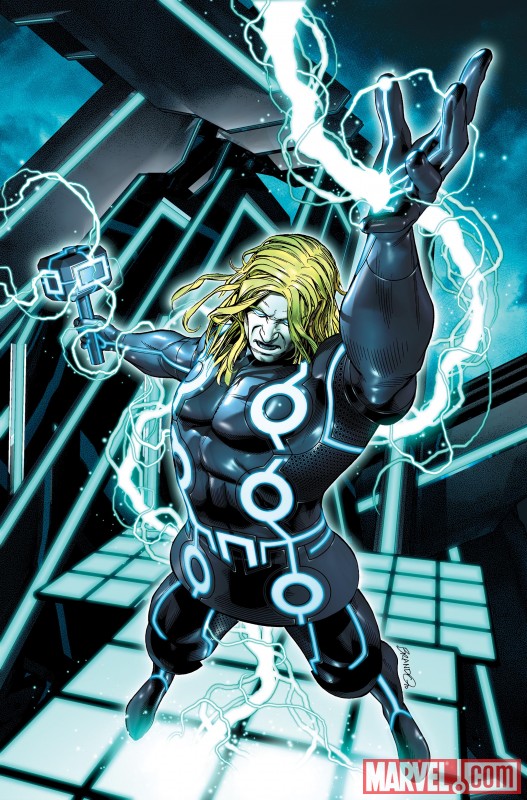 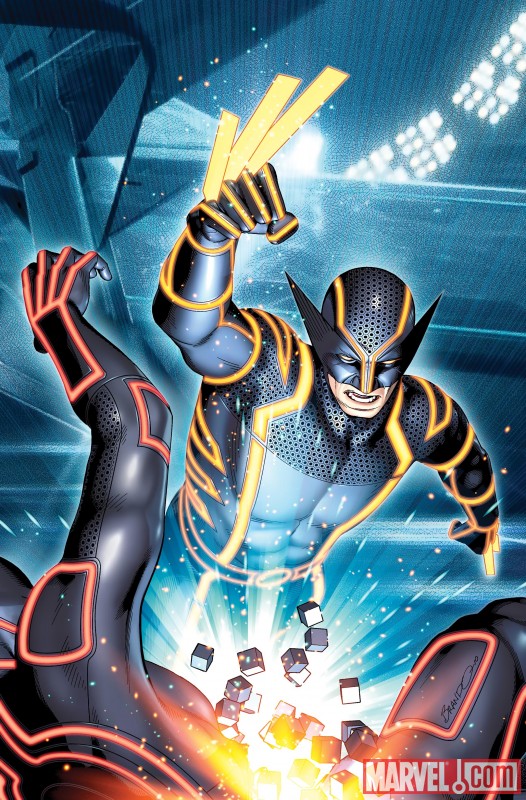 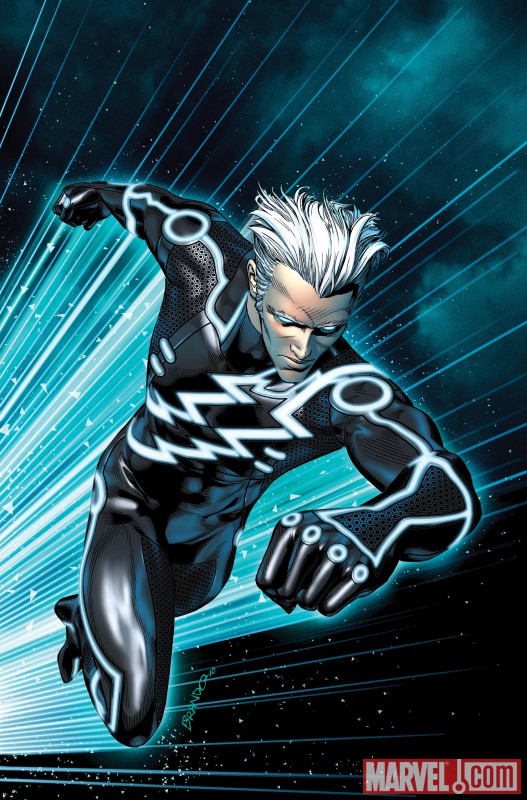