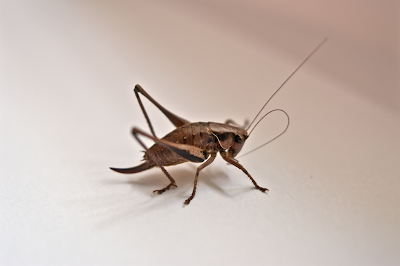 Scientists have recently discovered a new species of bush cricket. I know, everyone is wondering, wow big deal, well this species is a big deal, specially in the testes department. According to scientists who have been testing the mating habits of bush crickets, this newly discovered species claims the world record for having the largest testes in relation to body weight. The testes on this species of bush cricket makes up 14% of its total body weight. The previous record holder was a species of fruit fly, who's testes made up 10% of its body weight.
Researchers have also discovered that the size of the crickets testes reflects its voracious appetite for mating, which goes against the known scientific correlation between mating and testes size. Scientific research has shown that throughout the animal kingdom, larger testes size has developed from many males mating with the same female therefore needing more sperm to successfully copulate.  The male bush cricket however requires small amounts of sperm to copulate, therefore resulting in being able to mate with multiple females. Now thats a true stud.
It's no wonder, you can hear crickets all night long when out in the fields, darn guys are gettin busy. 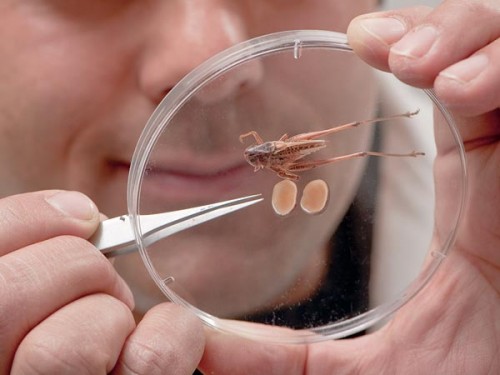 Via - Geekologie
Via - BBCNews