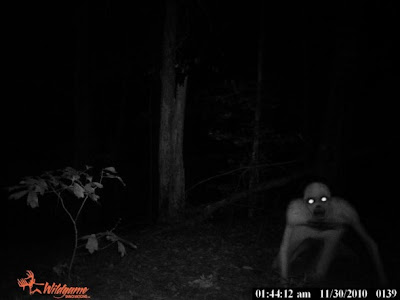 So this is apparently a picture taken from a deer cam, showing what could best be described as an Alien. The premise behind this photo is that a camera was mounted in the woods on a reserve to take photographs of deer. Subsequently after this picture was taken the camera was apparently destroyed, but the internal memory card was still intact and this is what what captured on it. 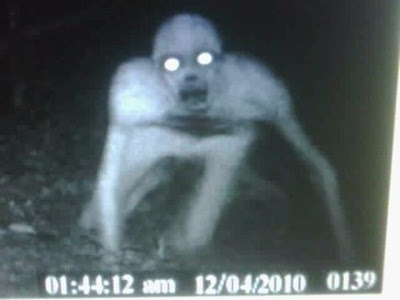 I think its a prank/hoak so I'm labeling it as such. What do you think? Leave a comment as to what you think it might be.
Via - NerdApproved