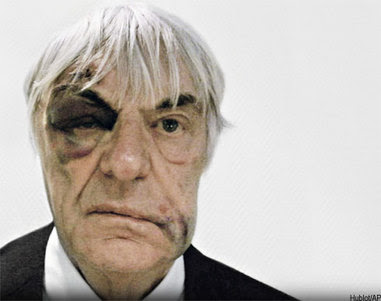 Poor Bernie Ecclestone was attacked, beaten, then he and his girlfriend, Fabiana Flosi,were robbed by four men just outside his office in London. The items stolen consisted mainly of  jewelry (a Hublot watch) with an estimated value of $316,000(US). Before those of you unfamiliar with Bernie start feeling too sorry for him, maybe I should give you some background on who he is. Bernie Ecclestone is the President and CEO of Formula One Management and Formula One Administration and part owner of The Formula One Group of companies (basically he's Mr. F1).
In October, Bernie celebrated his 80th birthday, and Red Bull Racing gave Bernie a Red Bull inspired walker, check out this picture to see his reaction. 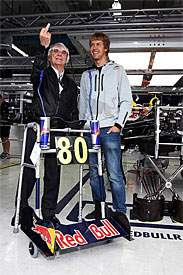 Here is a picture of Bernie (80) and his girlfriend, Fabiana (31) prior to the attack. 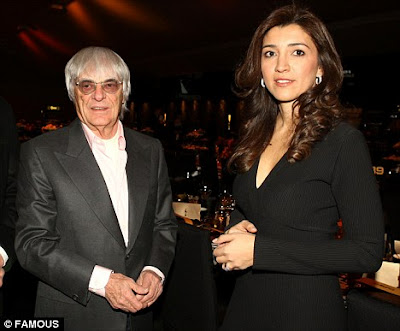 After being treated for head injuries in the hospital this is what Bernie decided to do, he came up with a marketing plan for Hublot, who coincidentally is the official watch of F1. 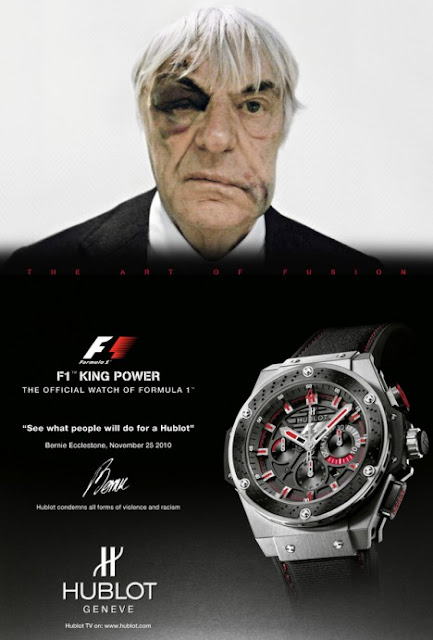 Here is a picture of how Bernie looks now 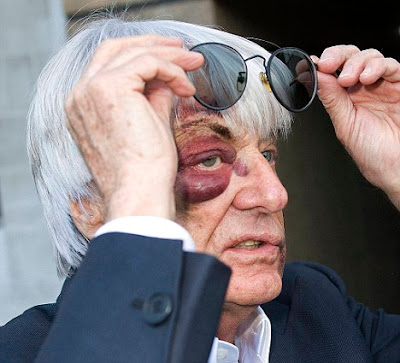