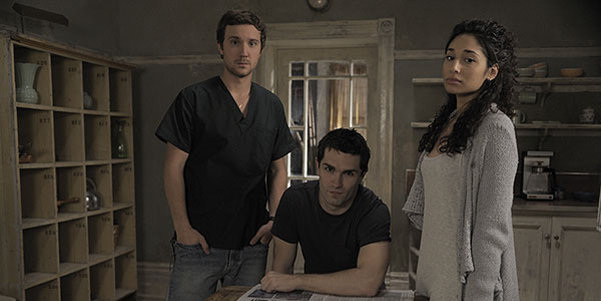 When I first heard about the remake of Being Human, I was slightly disappointed, I really loved how quirky the original BBC series was. Knowing that many TV shows, that immigrate across to N. America, find little success (IT Crowd), and even those that flourish (The Office), pale in comparison to their prevision incarnations.
After seeing a few commercials, which cast a sith apprentice/doomsday, as the main character for the new Being Human, I was horrified. How could we possibly see an actor, who's previous roles have all shown only one emotion, hate (Darth Vaders apprentice Starkiller, and a mutated Doomsday in Smallville), as an overly emotion Vampire. 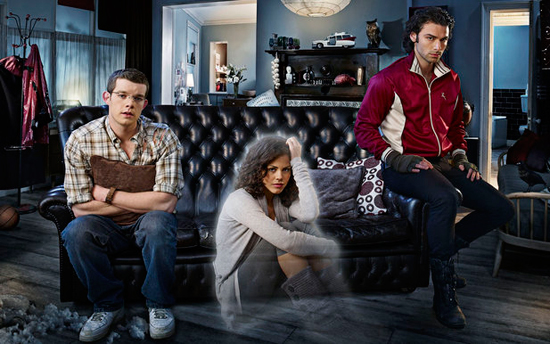 Having postponed watching for as long as I could, I finally broke down and watched. To my suprise, I need to offer an apology to Sam Witwer, who's performance in the new Being Human, is actually spot on. My only concern so far, having only watched Part 1, is the fast pace in which the show is progressing. It seems like we're rushing to catch up to the original series, yet the best part of the original, in my opinion, is the struggling through the daily nuances of each characters as they become human. My biggest disappointment so far, has been the casting for the character sally, in which the original actress Leonora Crichlow (Annie), was so cute and lovable any attempt at imitating that is almost impossible. Another aspect I'm still torn over is the inclusion of the CGI effects, there seems to be something lost, as this series abandons its stop motion camera trickery for CGI. Maybe as the season progresses, my opinions will change, but so far, I'm giving the new Being Human a thumbs up.