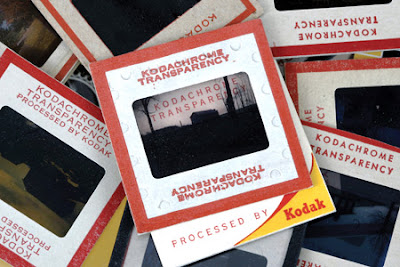 This blog started out as a way of documenting emerging technologies from all over the internet. Usually I'm all about the next technological breakthrough to make our daily lives easier, but there is a dark, evil side to our desires of technological evolution. That evil is seen in the landfills, a wasteland of by-gone products whose purposes have become obsolete, and whose stamp on society is but a mere memory of it's former glory.
With the end of 2010 also comes the end of Kodak's Kodachrome technology, as the last roll of Kodachrome film was processed on December 30,2010. Kodak no longer produces the chemical solutions needed for developing this film, so the last remaining laboratory, located in Parsons, Kansas, had only enough chemical supplies to last till the end of 2010. Dwayne Steinle, the owner of the last remaining Kodachrome processing laboratory, was selected to have the last roll of Kodachrome processed. 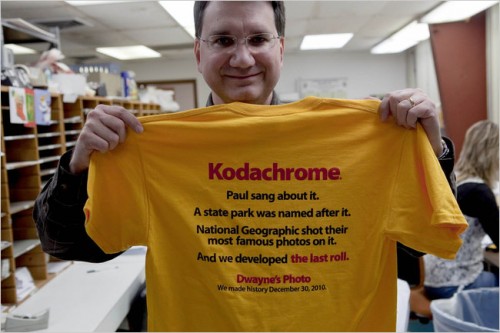 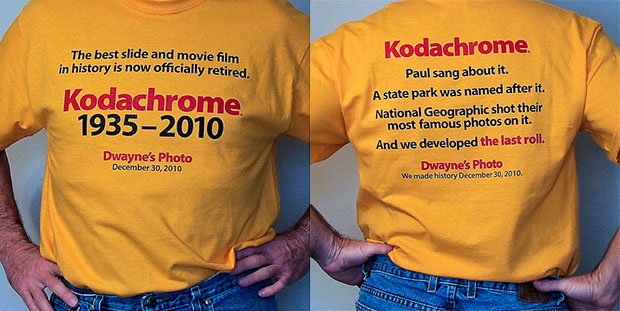 Kodachrome will always hold special memories for me, while growing up my late father would almost always shoot on Kodachrome slides, and to this day we still have those slides tucked away. Even though the slides have been tucked away, maybe to be never viewed again, they have all been converted to digital where they will continue to live, on my server.
Via - Neatorama