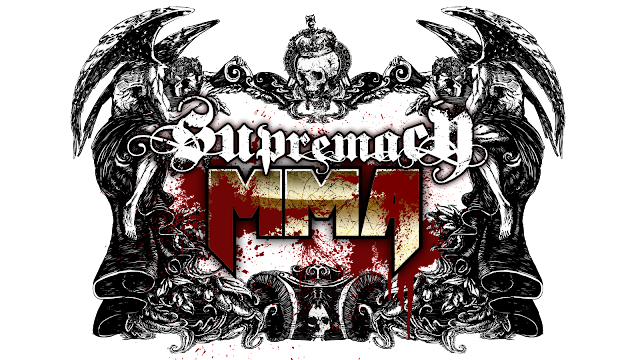 I've been a mixed martial arts fan since, well, since before it was called mma, when I watched as Teila Tuli lost his tooth, after receiving a kick from Gerard Gordeau (thats UFC 1, for those who didn't know). Over the years I've watch mma from almost every organization, be it from the America's, Europe, or Japan and in my opinion I'd love to see a standardization of the rules, but thats another blog rant possibly. Nope today I'm discussing this new game Supremacy from 505 games, and Kung Fu Factory. Now after seeing the trailer for this game, I realize the creators, are going for a more underground, unsanctioned type fighting game, which is great for those gore craving gamers. I myself however, am more partial to my mma being sanctioned, and actually enjoy watching the Japanese organizations, because they don't allow the fighters to fight all bloody. If a fighter gets cut in the Japanese organizations, the fight is stopped and a doctor is called in to tend to the wound, where in Europe and the Americas, a fighter's wounds can only be treated in between rounds or when the damage is so severe that a medical examiner must determine if the fight should go on. Regardless of my preferences to mma rules, this game looks sick, yes pun intended. Available May 7th from Amazon $49.99 (US). Check out the video...