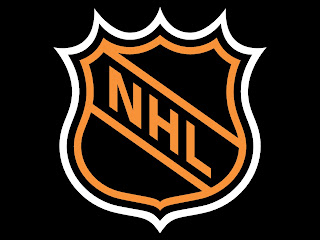 I haven't watched NHL hockey since the 2004-2005 lockout, and since then I've grown to hate the Vancouver Canucks.  So how exactly does someone who claims not to watch hockey, garner such animosity for a particular hockey team. Well let's see if I can explain myself. 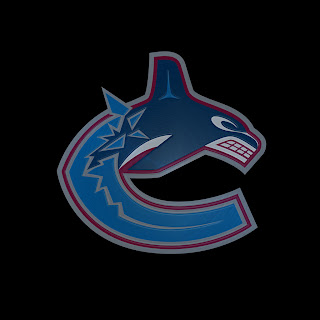 First I'd like to start with the whole 2004-2005 lockout fiasco. According to public opinion poll, conducted by Ipsos-Reid, showed that 52% of those polled blamed the NHL players for the lockout, 21% blamed the team owners, and rest well had no comment. I'm in agreement with the 52% and I'll explain why. The NHL team owners wanted to put salary caps in place allowing for all teams to have a fair and equal playing field, but the players refused to play if a salary cap was introduced. Now I'm all for athletes making a good wage, but the minimum wage in the NHL is $450,000(US) a years which consists of 82 games. Compare that to the minimum wage in Canada ($20,000-$30,000 CDN) and you can see quite a bit of discrepancy. Now I realize being a professional athlete takes years of training and dedication, to a career that is as limited in employment opportunities, as it is in longevity. However I highly doubt the average Canadian worker has ever had to contemplate which product endorsement contract to sign. Regardless of the shades of grey for and against being a professional athlete, I'm still of the mindset that believes they receive adequate payment for their work performed. On July 22, 2005 the NHL lockout was officially over, and salary caps were in fact now a part of the NHL. So what exactly was gained from this year sabbatical, well I found other ways to spend my time, and the professional athletes, well they got to play the game they love, again.

Beside my personal opinion that hockey players, for the majority, are overpaid, nothing can be more true than the payroll spent at producing such a lack-luster team as the Vancouver Canucks. Being a true and loyal Vancouverite, shouldn't mean I need to buy into Vancouver Canucks hockey. However almost daily, during the NHL season, I'm asked if I watched 'The Game', as if Vancouver Canucks hockey was the be all or end all of pro sports. In reality, the Vancouver Canucks have never managed to win a Stanley Cup, and more often than not, they're actually eliminated after the first round of the playoffs, not really all that impressive or appealing. Yet, the management brass at Orca Bay, and media want us to believe each year we have a shot at winning the Stanley Cup, and Canuck fans always buy into the propaganda, that if we attain this athlete or that athlete we will win the elusive Lord Stanley's Cup. In typical band-wagon jumper fashion, Canuck fans are all praising one moment and all condemning the next, usually after they're Canucks are eliminated from the playoff. If I were a fan I too would be disappointed, spending such a great deal of money on tickets, jerseys, flags, only for those items to become worthless reminders or a team with so much show and such little go.

And this is what has driven me to hate the Vancouver Canucks, so if you're a Canuck fan, well good for you, good-luck. Me however, I'm sticking to watching other sports and supporting teams that don't abandon me. So if the Vancouver Canucks finally manage to win the Cup this year, I'll be really surprised, and probably be forced to eat crow. But, until that happens please don't bother to ask me if I watched the game, or if I know the score to last night's game, because the answer will be 'No' and 'I don't know'. That is unless Olympic, Worlds, Womens, or Juniors hockey is on TV.