The CRTC is at it again, trying their hardest to line the pockets of big corporations. Recently the CRTC has proposed for legislation, a bandwidth cap on internet service provided to residential homes. This proposal has been written about in newspapers, and discussed on TV so there's really no point for me to blog about it. Members of government have already declared a veto of this legislation, and if the regulation is put forward by the CRTC, some government officials are demanding an investigation into the CRTC.

This is some fascinating stuff, and shows true leadership by the Harper government, striving to become a true leader in the digital economy. But we're not exactly the first country to seek digital excellence, in fact Finland passed a law last year making internet access a fundamental right (my blog arcticle). As I was doing some online investigating, unrelated to this topic, I came across this picture... 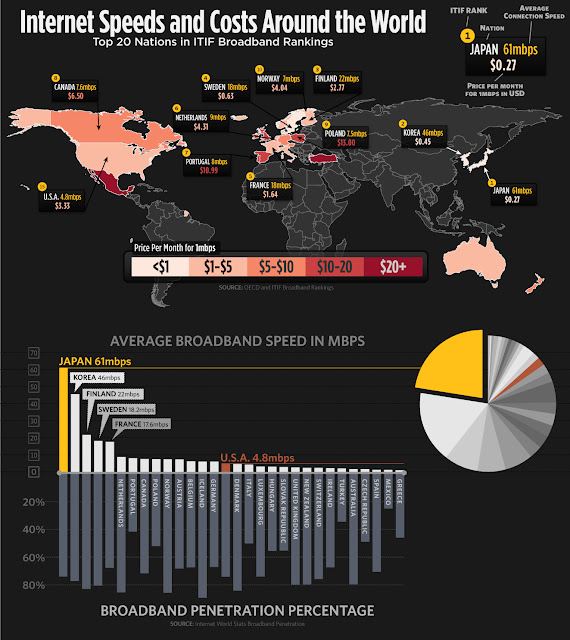 As demonstrated by the picture, Canada ranks 8th for average broadband speed, but the price! We pay twice as much for internet than our neighbors to the south and 24 times as much as Japan.
Now I understand it takes more money to provide the infrastructure for internet access to everyone across this huge country of ours, and I can understand having to pay a slightly higher price. Heck as a patriotic Canadian, I'm willing to pay the premium price for my internet. However the thought of having my internet capped/limited is unpatriotic in my opinion. So my question is why? Why must we have our internet capped when other countries can offer unlimited internet at faster speeds, and with lower costs?
Come on Canada let's not fall behind, just because some greedy old dude, who probably can't even turn on a computer, wants to get kickbacks from lobbyists. 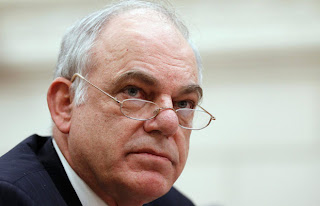 Shame on you! Konrad Von Finckenstein
Sign the petition against the bandwidth cap.While you're at it sign a petition to dissolve the CRTC.

Here is a great spoof video showing the downside of the internet cap, and who really is benefiting from it and why...