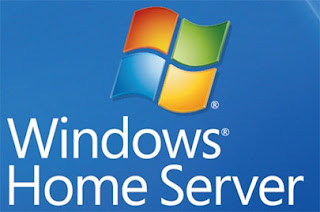 With the horrible rain coming down outside, I can't help but feel even more depressed about the state of things to come. Sadly today Microsoft rolled out its release candidate version of Windows Home Server Version 2 code named Vail. What's sad is that despite numerous emails from loyal and happy WHS V1 users, requesting Microsoft to not remove Drive Extender, a key component in V1, Microsoft has chosen to remove DE. Without DE, I can't see the point of having a Home Server anymore. If it's hard to follow what I'm saying, well let me start at the begining...
Back in January 2007, I heard rumors of a new product being developed by Microsoft that would revolutionize the computer industry. The rumors were suggesting a new operating system, that would bring server technology, normally found at large corporations, to the everyday consumer in the form of a home server. Why would the average home user need an operating system similar to those found in large corporations. Well in a nutshell, data backup. You see, the average home user was slowly being introduced into the world of digital cameras, digital video, and digital music. Where was all this digital content being stored, on their home computers, but home computers weren't intended to store such vast amounts of digital media, at least not safely. Having run a success computer business that started in the early 90's, I was growing all to familiar with the dreaded phone calls requesting me to salvage people's digital content from failed hard drives. More times than not this exercise proved futile, and most people were learning the scary facts that once digital media is lost, it's lost forever. Even I, being an avid computer user, suffered a catastrophic hard drive failure losing over 40GB (a huge amount back in 2005) of precious digital content. But the rumors that Microsoft, the greatest software company in the world, was going to design an operating system that would eliminate lost digital media, rekindled my appreciation for the computer industry.
Microsoft's Windows Home Sever Claims
The claims seemed to be too good to be true, so I immediately signed up for beta testing of Microsoft's new operating system and within a few days I had, my own Beta Version WHS. In November of 2007, WHS was finally released to the public. Unfortunately WHS, was a little before it's time, and the costs of owning a Home Server, was slightly out of reach for most households. Selling people insurance for their digital media was almost impossible, unless they had already experienced the loss.
Today I received an email from We Got Served, a website that offered the legions of WHS users a forum to express themselves, and seek guidance. The email went on to say that the team at We Got Served, had a copy of Vail, and it was indeed lacking the Drive Extender software, a blow that has rocked my faith in Microsoft. Microsoft a company, that can produce such amazing software, also can create some horrific blunders. From the highs of windows 95, 2000, XP, WHS, and 7 to the lows of windows ME, Vista, and most certainly Vail. When my 12 Terabyte WHS no longer functions, then I will be turning my attention to Amahi, a Home Server distribution based on the Linux operating system, which incorporates Greyhole a Linux version of Drive Extender .
For those who have already abandoned WHS, post a comment to let me know how you're progress has gone, or send me an email. I welcome exchanging strategies