By Mass February 28, 2011
Spring and Summer are just around the corner, and we all know what that means, barbecue season is coming!! As a woman, a BBQ is just another method of cooking, one that keeps the kitchen clean! However, for men, it is a whole other experience. Most you know that when it comes to the BBQ, women must back away from the BBQ; it's a man's job! LOL. The type of BBQ a man has sort of defines how manly you are.  So behold men, the BBQ of BBQs!  The Weber Original Gourmet BBQ System is not just a BBQ, but a BBQ that transforms into a griddle, a wok, and can sear a great steak! The BBQ system fits into any Weber 22.5 inch BBQ. If you don't yet own a Weber BBQ yet, you can pick one up locally here for as low as $179.99. Now for some photos... 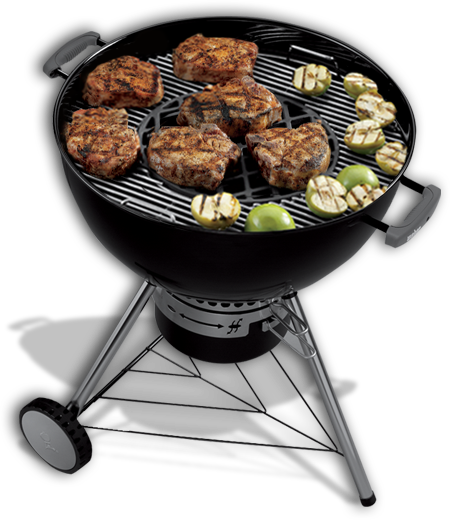 The Weber 7420 Gourmet BBQ System Grate is the base component of this system.  It allows you to create those breath taking, restaurant style sear marks on your steaks while paving the way for additional components such as the griddle and the wok. 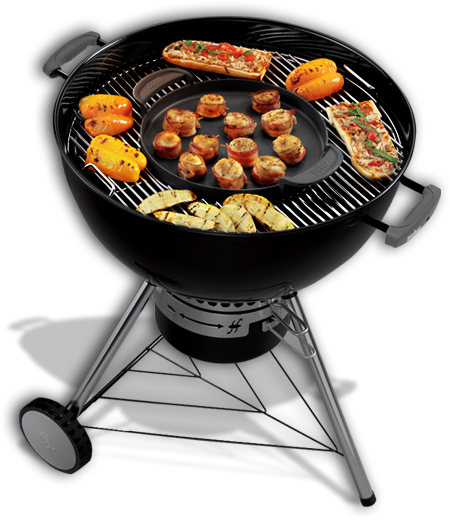 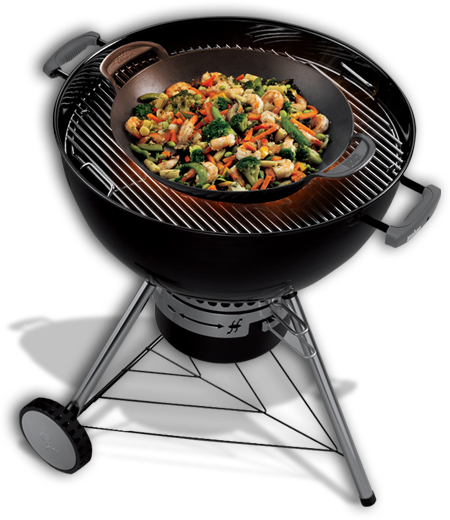 The Weber 7422 Gourmet BBQ System Woke
Via - cnet.com
By: pillsbury_girl