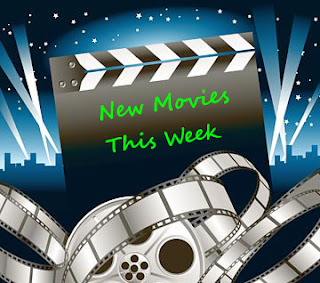 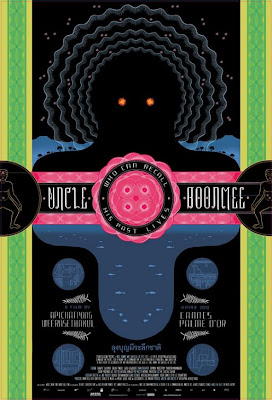 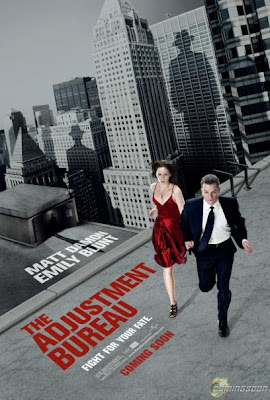 Title: The Adjustment Bureau
Theatrical Release Date: 4 March 2011 (Canada)
Director: George Nolfi
Writer: George Nolfi
Stars:  Matt Damon, Emily Blunt and Lisa Thoreson
Genre: Romance, Thriller
MPAA Rating: Rated PG-13 for brief strong language, some sexuality and a violent image.
Plot: Do we control our destiny, or do unseen forces manipulate us? Matt Damon stars in the thriller The Adjustment Bureau as a man who glimpses the future Fate has planned for him and realizes he wants something else. To get it, he must pursue the only woman he's ever loved across, under and through the streets of modern-day New York. On the brink of winning a seat in the U.S. Senate, ambitious politician David Norris (Damon) meets beautiful contemporary ballet dancer Elise Sellas (Emily Blunt)-a woman like none he's ever known. But just as he realizes he's falling for her, mysterious men conspire to keep the two apart. David learns he is up against the agents of Fate itself-the men of The Adjustment Bureau-who will do everything in their considerable power to prevent David and Elise from being together. In the face of overwhelming odds, he must either let her go and accept a predetermined path... 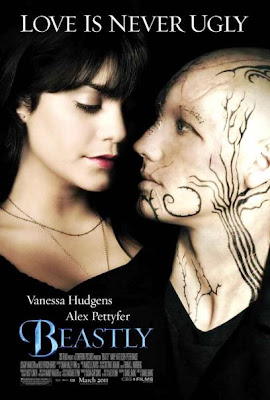 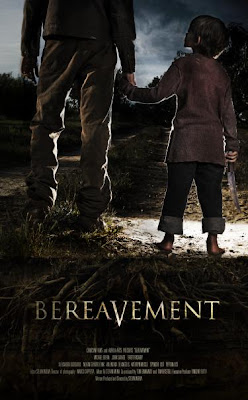 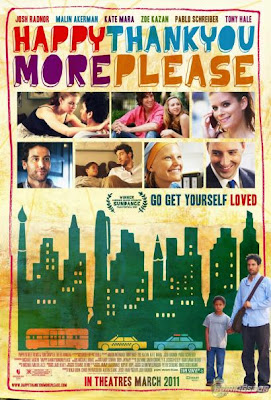 Title: HappyThankYouMorePlease
Theatrical Release Date: 4 March 2011
Director: Josh Radnor
Writer: Josh Radnor
Stars: Josh Radnor, Malin Akerman and Zoe Kazan
Genre: Comedy. Drama
MPAA Ratings: Rated R for language.
Plot: Six New Yorkers juggle love, friendship, and the keenly challenging specter of adulthood. Sam Wexler is a struggling writer who's having a particularly bad day. When a young boy gets separated from his family on the subway, Sam makes the questionable decision to bring the child back to his apartment and thus begins a rewarding, yet complicated, friendship. Sam's life revolves around his friends-Annie, whose self-image keeps her from commitment; Charlie and Mary Catherine, a couple whose possible move to Los Angeles tests their relationship; and Mississippi, a cabaret singer who catches Sam's eye. 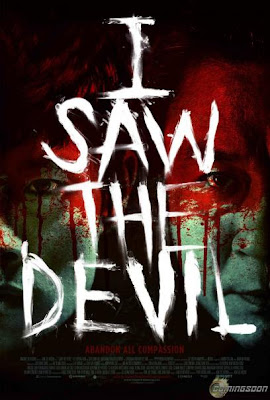 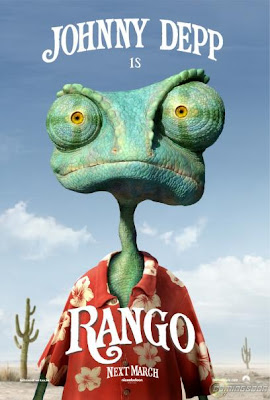 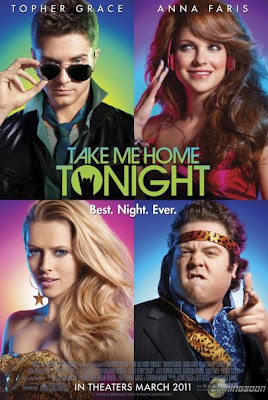 Title: Take Me Home Tonight
Theatrical Release Date: 4 March 2011
Director: Michael Dowse
Writer: Jackie Filgo
Stars:  Topher Grace, Anna Faris and Dan Fogler
Genre: Comedy, Drama
MPAA Ratings: Rated R for language, sexual content and drug use.
Plot: It's the late 1980s, when Wall Street is riding high, and it seems as if the entire country is cashing in on the bumper profits. Disgusted with the materialism that surrounds him, Matt Franklin, a brilliant young MIT graduate, has walked out on his well-paid position at a local lab and taken a low-level job as a video clerk, much to his father Bill's consternation. And the crises keep piling up in Matt's life. His best buddy Barry has just gotten fired from his job, his brainy sister Wendy is getting hitched to her vapid boyfriend Kyle, and the gorgeous Tori Frederking, long-time object of Matt's unattainable adoration, is suddenly back in the picture. Now, on one wild, woolly and irresponsible evening, everything is coming to a head, with explosive results.
By: Mass