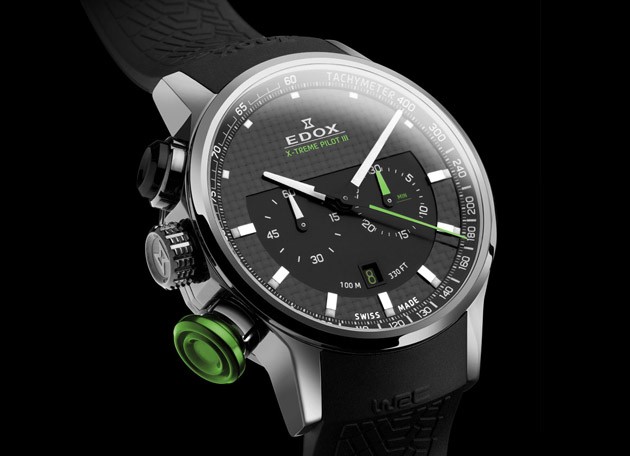 EDOX is the official timekeeper for the FIA World Rally Championships, and this June 2011 they will be releasing the X-treme Pilot III. The rally inspired X-treme Pilot III has wheel rims embossed on the case-back, oversize push-piece in anodised aluminium and a tachymeter scale on the dial, and of course most noticeable the black/green colour scheme. Seeing as this watch is a special edition, you'll have to be one of the first 1000 people with $2,600(CAD).
Unfortunately besides the picture above, and a few details from a spec sheets, not much else is know. However since this watch is based on the Chronorally series of watches made by EDOX, I do have a video of that watch, which will give you an idea of what's to come

Via - AcquireMag
By: Mass