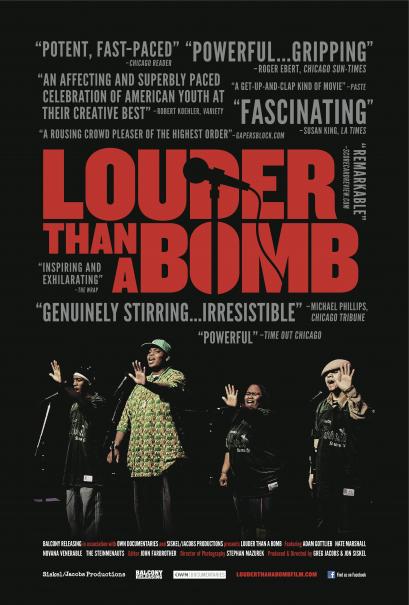 Louder Than a Bomb
Release Date: May 18, 2011 (limited)
Studio: Balcony Releasing
Director: Greg Jacobs, Jon Siskel
Screenwriter: Not Available
Starring: Not Available
Genre: Documentary
MPAA Rating: Not Available
Plot Summary: "Louder Than a Bomb" tells the story of four Chicago high school poetry teams as they prepare to compete in the world's largest youth slam. By turns hopeful and heartbreaking, the film captures the turbulent lives of these unforgettable kids, exploring the ways writing shapes their world, and vice versa. "Louder Than a Bomb" is not about "high school poetry" as we often think of it. It's about language as a joyful release, irrepressibly talented teenagers obsessed with making words dance. While the topics they tackle are often deeply personal, what they put into their poems-and what they get out of them-is universal: the defining work of finding one's voice. 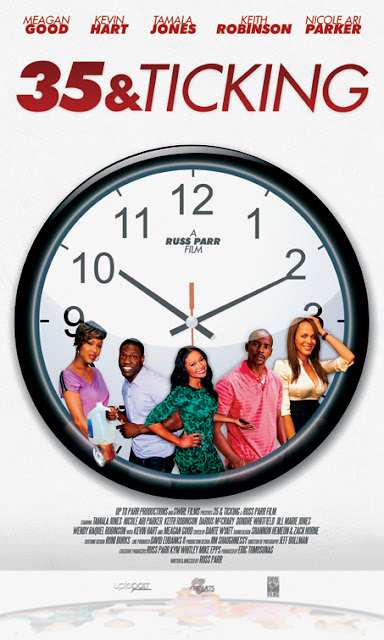 35 and Ticking
Release Date: May 20, 2011 (limited)
Studio: Image Entertainment
Director: Russ Parr
Screenwriter: Russ Parr
Starring: Meagan Good
Genre: Comedy, Romance
MPAA Rating: R (for some crude sexual content)
Plot Summary: "35 and Ticking" centers around the lives of Victoria, Zenobia , Clevon, and Phil -- all friends approaching the age of 35 and struggling to build the families they've always dreamed of. While Zenobia (Parker, "Soul Food," "Brown Sugar") is still looking for a man, Victoria (Jones, "Castle," "One on One") is married to a man who doesn't want children. Clevon (comic Hart, "Not Easily Broken," "40 Year-Old Virgin"), meanwhile, is too geeky to get a woman, and Phil (Keith Robinson, "Dreamgirls") is already married with children, but his wife is not very interested in being a mother. All four of them try to rectify their romantic lives and futures while their biological clocks tick away. 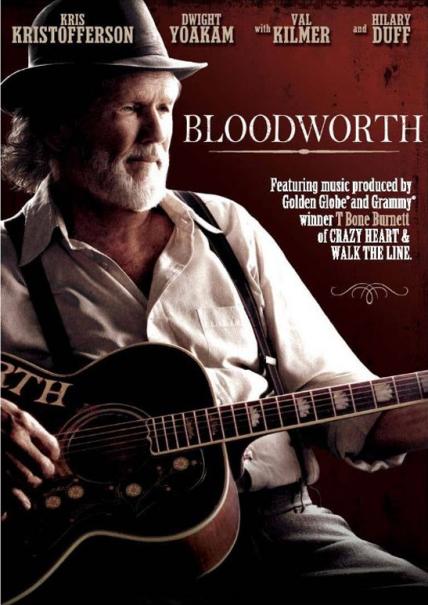 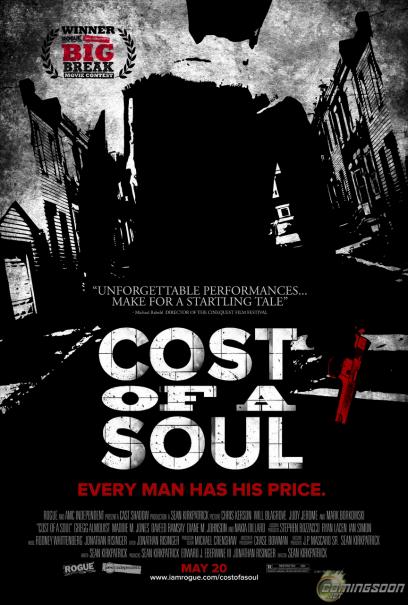 Cost of a Soul
Release Date: May 20, 2011 (limited)
Studio: Rogue Pictures
Director: Sean Kirkpatrick
Screenwriter: Sean Kirkpatrick
Starring: Chris Kerson, Will Blagrove, Judy Jerome, Mark Borkowski, Greg Almquist, Maddie M. Jones
Genre: Crime, Drama
MPAA Rating: R (for pervasive language, violence and brief nudity)
Plot Summary: Wounded in the war, Tommy Donahue (Chris Kerson) and DD Davis (Will Blagrove) return home from Iraq to the crime-stricken neighborhood in North Philadelphia they grew up in. Tommy returns to his wife, Faith (Judy Jerome), whom he abandoned while she was pregnant to escape a life of crime. DD returns to find that his older brother Darnell (Nakia Dillard) has risen to become the neighborhood kingpin.
Tommy meets his disabled six year-old daughter, Hope (Maddie M. Jones), for the first time, and she begins to melt his frozen heart. DD faces the pressure to save his younger brother, James (Daveed Ramsay), from following in Darnell's dangerous footsteps. Tommy and DD find themselves trapped in the same ghetto they joined the military to escape. As they struggle for redemption, their own families become entangled in a web of crime, corruption and violence. 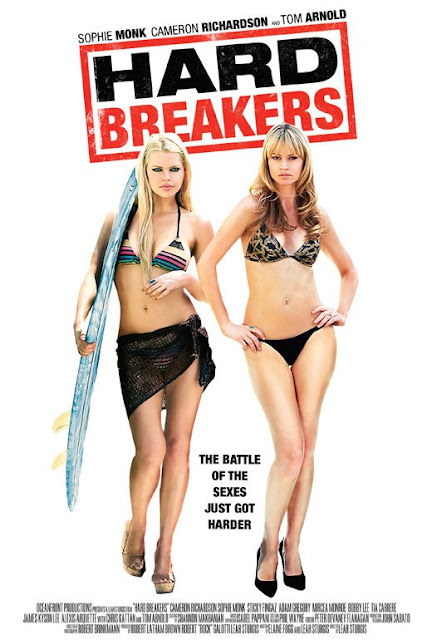 Hard Breakers
Release Date: May 20, 2011 (limited)
Studio: Freestyle Releasing
Director: Leah Sturgis
Screenwriter: Leah Sturgis, Elaine Fogg
Starring: Cameron Richardson, Sophie Monk, Tia Carrere, Tom Arnold, Chris Kattan
Genre: Comedy
MPAA Rating: R
Plot Summary: Driven by a history of dating disappointments and frustration with men, Alexis (Cameron Richardson) and her best friend Lindsay (Sophie Monk) decide to even the score in this battle-of-the-sexes comedy, "Hard Breakers." Lifetime friends Lindsay and Alexis have given up on men, but when the girls resuscitate a young surfer who is knocked unconscious by his surfboard, they discover the vulnerable side of men. They have an epiphany: thousands of years ago men used to club women over the head and drag them back to their caves for sex. It dawns on them that they too should try a more radical technique. Tapping into their primal instincts, Alexis and Lindsay go on an all-out manhunt, seducing and ensnaring men for their own pleasure. Ironically, their quest to dominate men forces the girls to re-examine themselves and the root of their dysfunctional relationships with men. They discover that their own feelings of self-worth determine how men will treat them. 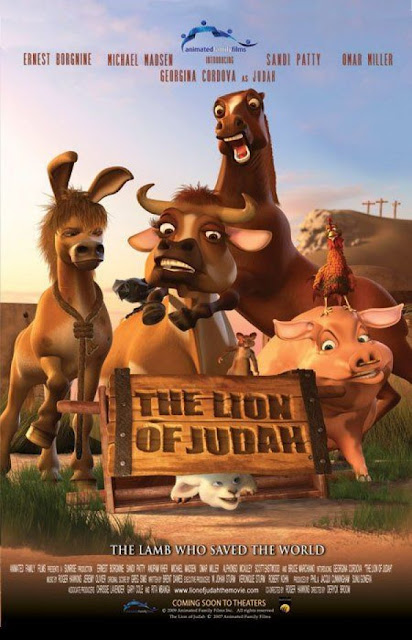 The Lion of Judah
Release Date: May 20, 2011 (3D/2D theaters)
Studio: Animated Family Films
Director: Deryck Broom, Roger Hawkins
Screenwriter: Not Available
Starring: Georgina Cordova, Ernest Borgnine, Michael Madsen, Scott Eastwood, Anupam Kher, Omar Miller, Sandi Patty
Genre: Action, Adventure, Family
MPAA Rating: Not Available
Plot Summary: "The Lion of Judah," a laugh-filled, heart warming story seen through the eyes of a zany cast of stable animals. Take an eye-opening adventure with a lovable pig (Horace), a faint-hearted horse (Monty), a finicky rat (Slink), a rambling rooster (Drake), a motherly cow (Esmay), a downtrodden donkey (Jack) and a heroic lamb (Judah) and you have got a classic in the making. Upon learning that Judah has been trapped in the clutches of the townspeople and faces the possibility of being the sacrifice at the annual Festival, the stable mates leave their cozy barn and embark on a hilariously funny series of adventures to find and free their friend. During their numerous attempts to find Judah, a wonderful story emerges as they intercept, interact and entwine with history finally seeking out the King, who was born in their stable more than 30 years earlier. The antics of our unique cast crates a uniquely funny and entertaining epic as it winds its way through numerous side-splitting encounters and historical scenes. The whole family will enjoy the telling of this wonderful story as it delicately combines biblical texture and timing and treats the most impacting events with care and humility. Without a doubt, "The Lion of Judah" will leave you in awe of the power that one lamb can command. 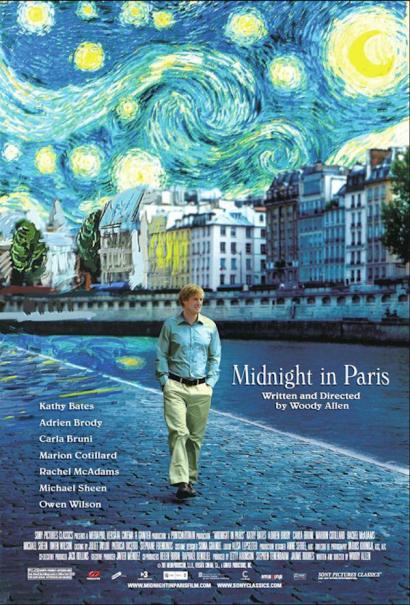 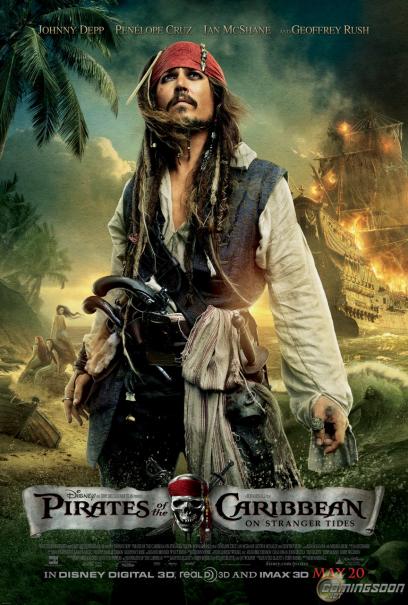 Pirates of the Caribbean: On Stranger Tides
Release Date: May 20, 2011 (3D/2D theaters and IMAX 3D)
Studio: Walt Disney Pictures, Jerry Bruckheimer Films
Director: Rob Marshall
Screenwriter: Ted Elliott, Terry Rossio
Starring: Johnny Depp, Penelope Cruz, Ian McShane, Kevin R. McNally, Astrid Berges-Frisbey, Sam Claflin, Geoffrey Rush
Genre: Adventure, Comedy
MPAA Rating: PG-13 (for intense sequences of action/adventure violence, some frightening images, sensuality and innuendo)
Plot Summary: Produced by Jerry Bruckheimer and directed by Rob Marshall, "Pirates of the Caribbean: On Stranger Tides" captures the fun, adventure and humor that ignited the hit franchise—this time in Disney Digital 3D™. Johnny Depp returns to his iconic role of Captain Jack Sparrow in an action-packed adventure. Crossing paths with the enigmatic Angelica (Penelope Cruz), he's not sure if it's love—or if she's a ruthless con artist who's using him to find the fabled Fountain of Youth. When she forces him aboard the "Queen Anne's Revenge," the ship of the legendary pirate Blackbeard (Ian McShane), Jack finds himself on an unexpected adventure in which he doesn't know whom to fear more: Blackbeard or Angelica, with whom he shares a mysterious past. The international cast includes franchise vets Geoffrey Rush as the vengeful Captain Hector Barbossa and Kevin R. McNally as Captain Jack's longtime comrade Joshamee Gibbs, plus Sam Claflin as a stalwart missionary and Astrid Berges-Frisbey as a mysterious mermaid.