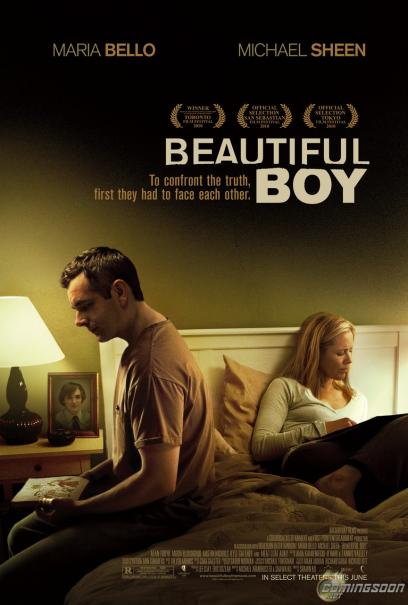 Beautiful Boy
Release Date: June 3, 2011 (limited)
Studio: Anchor Bay Films
Director: Shawn Ku
Screenwriter: Michael Armbruster, Shawn Ku
Starring: Michael Sheen, Maria Bello, Alan Tudyk, Moon Bloodgood, Austin Nichols, Kyle Gallner
Genre: Drama
MPAA Rating: Not Available
Plot Summary: "Beautiful Boy" is an unconventional love story that explores the journey of a married couple on the verge of separation, who must live with unimaginable heartbreak, and find healing through the darkest days of their lives.
Bill (Michael Sheen) and Kate (Maria Bello) hopelessly try to find some hint of an explanation after finding out that their only son committed a mass shooting at his university before taking his own life. They struggle numbly through the funeral, the media onslaught, and the awkward pity from relatives and friends. Their already strained marriage is tested as they realize all they have left with each other is their shared grief and confusion-and the unfortunate legacy of their son. This life-altering event forces Bill and Kate to face their feelings of guilt, rage, blame, self-discovery -and ultimately hope- so that they can finally see each other and their chance for happiness again with clear eyes. 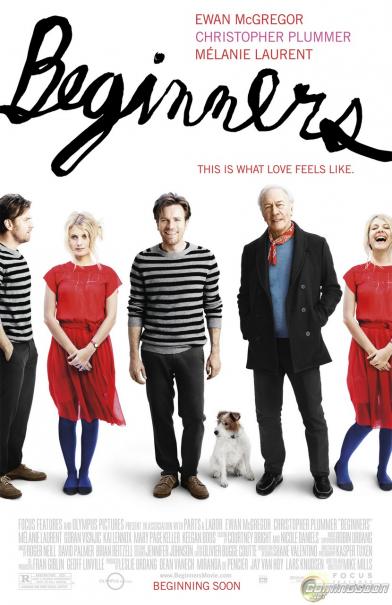 Beginners
Release Date: June 3, 2011 (limited)
Studio: Focus Features
Director: Mike Mills
Screenwriter: Mike Mills
Starring: Ewan McGregor, Christopher Plummer, Mélanie Laurent, Goran Visnjic, Cosmo
Genre: Comedy, Drama
MPAA Rating: R (for language and some sexual content)
Plot Summary: When it comes to relationships, we're all beginners. From writer/director Mike Mills comes a comedy/drama about how deeply funny and transformative life can be, even at its most serious moments. "Beginners" imaginatively explores the hilarity, confusion, and surprises of love through the evolving consciousness of Oliver (Golden Globe Award nominee Ewan McGregor). Oliver meets the irreverent and unpredictable Anna (Mélanie Laurent of "Inglourious Basterds") only months after his father Hal (Academy Award nominee Christopher Plummer) has passed away. This new love floods Oliver with memories of his father, who, following the death of his wife of 45 years, came out of the closet at age 75 to live a full, energized, and wonderfully tumultuous gay life. The upheavals of Hal's new honesty, by turns funny and moving, brought father and son closer than they'd ever been able to be. Now Oliver endeavors to love Anna with all the bravery, humor, and hope that his father taught him. At once deeply personal and universal, the film was inspired by Mike Mills' own father and is meant in turn to inspire everyone weighing their chances and choices in life and love. 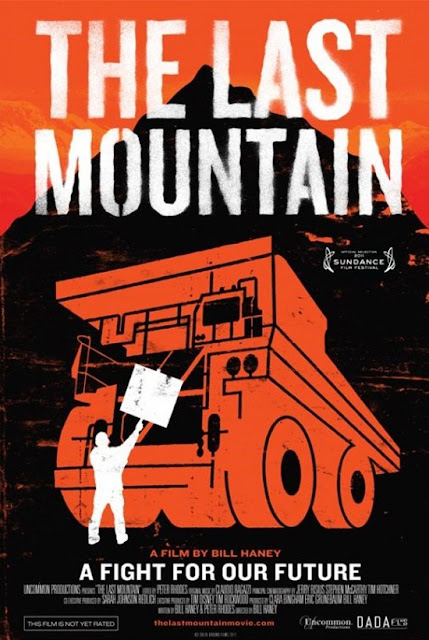 The Last Mountain
Release Date: June 3, 2011 (limited)
Studio: Uncommon Productions, DADA Films
Director: Bill Haney
Screenwriter: Bill Haney, Peter Rhodes
Starring: William Sadler, Robert F. Kennedy, Jr., Maria Gunnoe, Bob Webb
Genre: Documentary
MPAA Rating: Not Available
Plot Summary: "These people who come from all over the country to save the Appalachian mountains, to me, they are the heroes of American democracy." Robert F. Kennedy, Jr., environmental activist, attorney, professor and author of "Crimes Against Nature"
Bill Haney's ("The Price of Sugar") urgent new documentary "The Last Mountain" is a true David vs. Goliath story celebrating everyday people heroically working together to stop a giant corporation from destroying their community's environment and economy.
Featuring veteran environmentalist Robert Kennedy, Jr., alongside local West Virginia community activists Maria Gunnoe and Bo Webb, as well as countless others, "The Last Mountain" shines a light on their dedicated pursuit to stop major coal corporations from continuing Mountain Top Removal, a mining practice which is known to create health and environmental hazards, in addition to eliminating local jobs. The concerns these grassroots protesters have about America's growing energy demands aren't local to Appalachia; they affect us all. Their fight is a fight for our future. 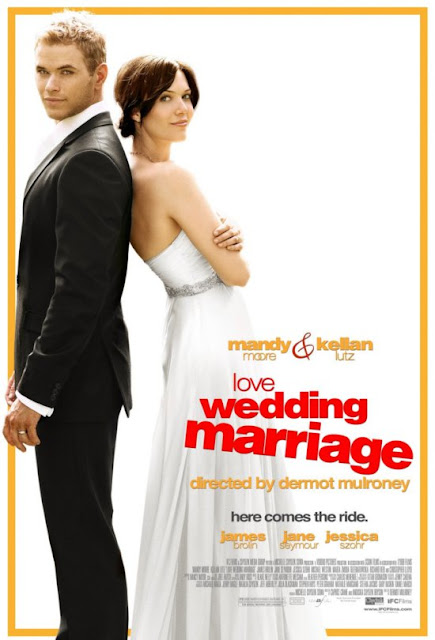 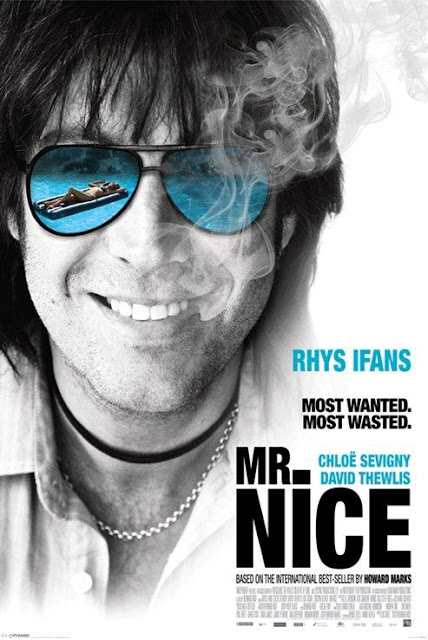 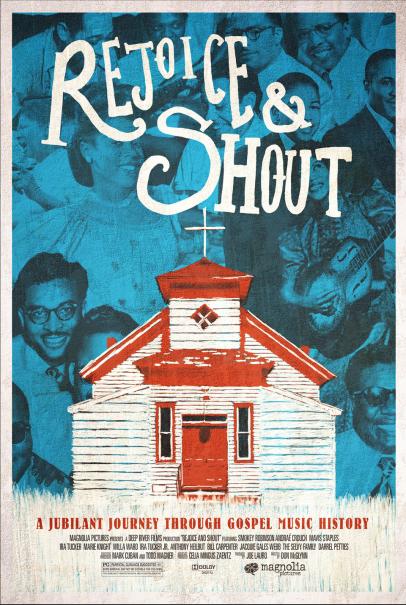 Rejoice and Shout
Release Date: June 3, 2011 (NY; LA release: June 17)
Studio: Magnolia Pictures
Director: Don McGlynn
Screenwriter: Not Available
Starring: Smokey Robinson, Andrae Crouch, Mavis Staples, Ira Tucker, Marie Knight, Willa Ward, Ira Tucker Jr.
Genre: Documentary, Music
MPAA Rating: Not Available
Plot Summary: "No wonder the music is so beautiful. God's on their side." Perhaps the most intense and emotional music you can ever hear is the best of African-American Gospel music. Packed with evocative photos, rare audio recordings, stirring film and TV performances, "Rejoice and Shout" covers the 200 year musical history of African-American Christianity. Culled from hundreds of hours of music, "Rejoice and Shout" features the crème de la crème of Gospel music, tracing the evolution of Gospel through its many musical styles – the spirituals and early hymns, the four-part harmony-based quartets, the integration of blues and swing into Gospel, the emergence of Soul, and the blending of Rap and Hip Hop elements. Gospel music also walked in step with the story of African-American culture - slavery, hardscrabble rural existence and plantation work, the exodus to major cities, the Depression, World War II, civil rights and empowerment. Years in the making, "Rejoice and Shout" captures so much of what is special about this music and African-American Christianity – the sermonizing, the heart felt testimonials, the hard hollering, and of course the inspiring music. 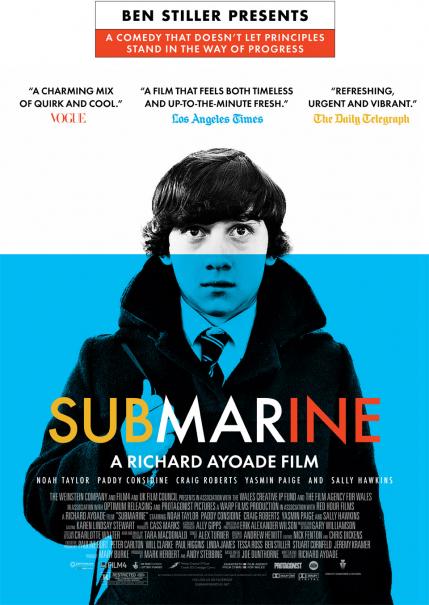 Submarine
Release Date: June 3, 2011 (limited)
Studio: The Weinstein Company
Director: Richard Ayoade
Screenwriter: Richard Ayoade
Starring: Noah Taylor, Paddy Considine, Craig Roberts, Yasmin Paige, Sally Hawkins
Genre: Comedy, Drama
MPAA Rating: R (for language and some sexual content)
Plot Summary: Fifteen-year-old Oliver Tate has two big ambitions: to save his parents' marriage via carefully plotted intervention and to lose his virginity before his next birthday. Worried that his mom is having an affair with New Age weirdo Graham, Oliver monitors his parents' sex life by charting the dimmer switch in their bedroom. He also forges suggestive love letters from his mom to dad.
Meanwhile, Oliver attempts to woo his classmate, Jordana, a self-professed pyromaniac who supervises his journal writing - especially the bits about her. When necessary, she orders him to cross things out. Based on Joe Dunthorne's acclaimed novel, "Submarine" is a captivating coming-of-age story with an offbeat edge.