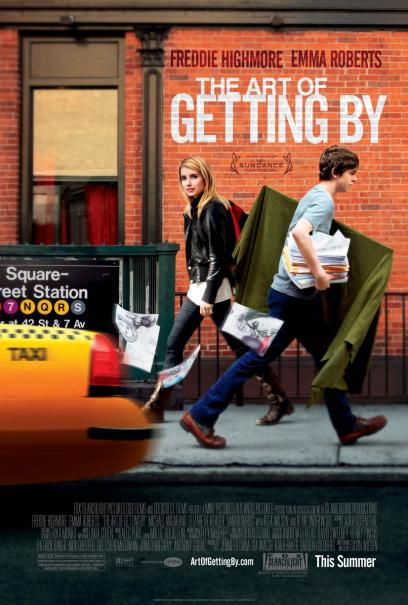 The Art of Getting By
Release Date: June 17, 2011 (limited)
Studio: Fox Searchlight Pictures
Director: Gavin Wiesen
Screenwriter: Gavin Wiesen
Starring: Freddie Highmore, Emma Roberts, Michael Angarano, Elizabeth Reaser, Sam Robards, Jarlath Conroy, Ann Dowd, Marcus Carl Franklin, Sasha Spielberg with Rita Wilson, Blair Underwood
Genre: Comedy, Romance
MPAA Rating: PG-13 (for thematic elements including sexual content, language, teen drinking and partying)
Plot Summary: "The Art of Getting By" stars Freddie Highmore as George, a lonely and fatalistic teen who's made it all the way to his senior year without ever having done a real day of work, who is befriended by Sally, a beautiful and complicated girl who recognizes in him a kindred spirit. 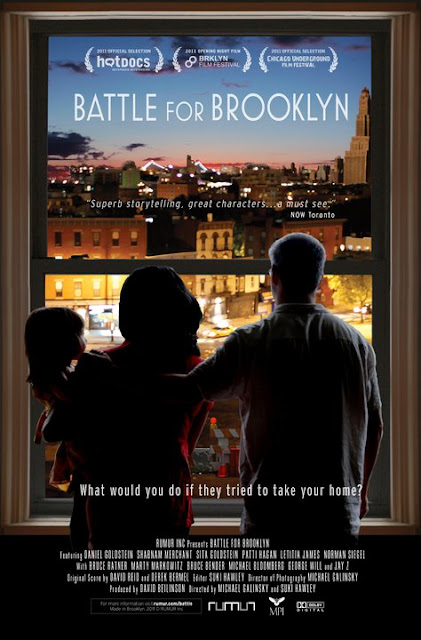 The Battle for Brooklyn
Release Date: June 17, 2011 (NY)
Studio: Not Available
Director: Michael Galinski, Suki Hawley
Screenwriter: Not Available
Starring: Forest City Ratner, Daniel Goldstein
Genre: Documentary
MPAA Rating: Not Available
Plot Summary: Battle for Brooklyn follows a group of people who come together to fight the Atlantic Yards Project, a massive real estate development that threatens to destroy their homes and neighborhood. Situated at the juncture of two low rise-Brooklyn brownstone neighborhoods, it would place 16 skyscrapers and a sports arena on a 22 acre parcel of land. Their fight to stop the project pits them against developer Forest City Ratner as well as other residents who are eager for the construction jobs and the additional housing that the project could create. Others are excited about bringing the New Jersey Nets basketball team to Brooklyn.
Daniel Goldstein's apartment sits at what would be center court of the new arena. A reluctant activist, Daniel is dragged into the fight because he simply can't believe that the government should use the power of Eminent Domain to take his property and hand it off to a private developer. He and others form the group Develop Don't Destroy Brooklyn to pursue alternative plans to Ratner's proposal and to expose misconceptions about the project in the media. Along the way, Daniel falls in love, gets married and starts a family. Compiled from almost 400 hours of footage, Battle for Brooklyn is an epic tale of how far people will go to fight for what they believe in. 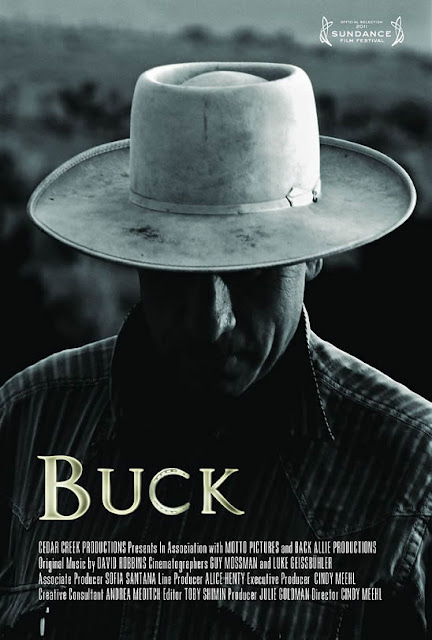 Buck
Release Date: June 17, 2011 (limited)
Studio: IFC Films
Director: Cindy Meehl
Screenwriter: Not Available
Starring: Buck Brannaman
Genre: Documentary
MPAA Rating: PG (for thematic elements, mild language and an injury)
Plot Summary: Winner of the Audience Award at the 2011 Sundance Film Festival.
"Your horse is a mirror to your soul, and sometimes you may not like what you see. Sometimes, you will." So says Buck Brannaman, a true American cowboy and sage on horseback who travels the country for nine grueling months a year helping horses with people problems.
"Buck," a richly textured and visually stunning film, follows Brannaman from his abusive childhood to his unusual approach to horses. A real-life "horse-whisperer," he eschews the violence of his upbringing and teaches people to communicate with their horses through instinct, not punishment. Buck possesses near magical abilities as he dramatically transforms horses – and people – with his understanding, compassion and respect. In this film, the animal-human relationship becomes a metaphor for facing the daily challenges of life. A truly American story about an unsung hero, "Buck" is about an ordinary man who has made an extraordinary life despite tremendous odds. 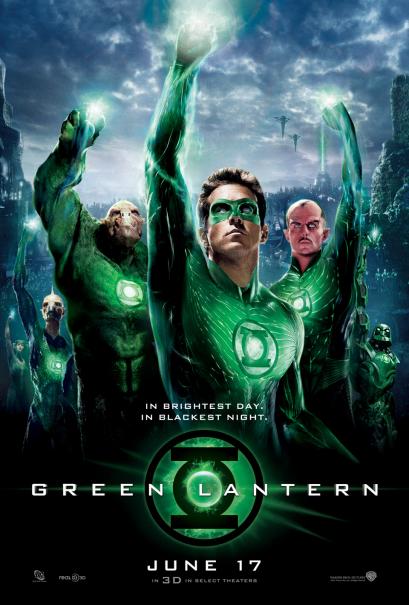 Green Lantern
Release Date: June 17, 2011 (3D/2D theaters)
Studio: Warner Bros. Pictures
Director: Martin Campbell
Screenwriter: Greg Berlanti, Michael Green, Marc Guggenheim, Michael Goldenberg
Starring: Ryan Reynolds, Blake Lively, Peter Sarsgaard, Mark Strong, Angela Bassett, Tim Robbins, Temuera Morrison, Jay O. Sanders, Taika Waititi, Jon Tenney, Geoffrey Rush, Michael Clarke Duncan
Genre: Action, Adventure
MPAA Rating: PG-13 (for intense sequences of sci-fi violence and action)
Plot Summary: In a universe as vast as it is mysterious, a small but powerful force has existed for centuries. Protectors of peace and justice, they are called the Green Lantern Corps. A brotherhood of warriors sworn to keep intergalactic order, each Green Lantern wears a ring that grants him superpowers. But when a new enemy called Parallax threatens to destroy the balance of power in the Universe, their fate and the fate of Earth lie in the hands of their newest recruit, the first human ever selected: Hal Jordan (Ryan Reynolds). Hal is a gifted and cocky test pilot, but the Green Lanterns have little respect for humans, who have never harnessed the infinite powers of the ring before. But Hal is clearly the missing piece to the puzzle, and along with his determination and willpower, he has one thing no member of the Corps has ever had: humanity. With the encouragement of fellow pilot and childhood sweetheart Carol Ferris (Blake Lively), if Hal can quickly master his new powers and find the courage to overcome his fears, he may prove to be not only the key to defeating Parallax...he will become the greatest Green Lantern of all. 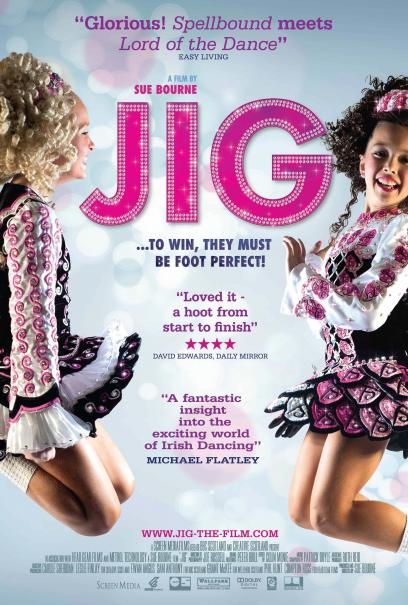 JIG
Release Date: June 17, 2011 (limited)
Studio: Screen Media Films
Director: Sue Bourne
Screenwriter: Not Available
Starring: Not Available
Genre: Documentary
MPAA Rating: PG
Plot Summary: "JIG" is the remarkable story of the fortieth Irish Dancing World Championships, held in March 2010 in Glasgow. Three thousand dancers, their families and teachers from around the globe descend upon Glasgow for one drama filled week. Clad in wigs, make up, fake tan, diamantes and dresses costing thousands of pounds they compete for the coveted world titles. A year of incredibly hard work for just a few tense minutes on stage. This feature length documentary was given access for the very first time to the little known world of competitive Irish Dancing. With financial backing from BBC Scotland and Creative Scotland, award-winning filmmaker Sue Bourne went behind the normally closed doors of Irish Dancing and found a remarkable world. Wonderful characters of all ages from across the globe... Ireland, Holland, Britain, America and Russia. "JIG" discovers a world of dedication, hard work, obsession, passion. Success and failure. And astonishing talents pushed to their limits in the quest for perfection. 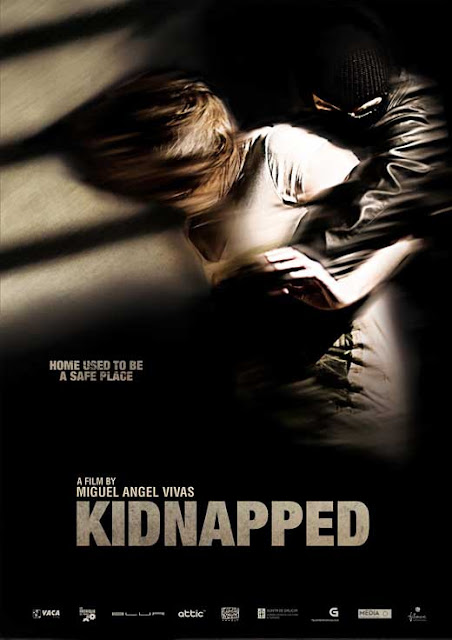 Kidnapped
Release Date: June 17, 2011 (NY)
Studio: IFC Films
Director: Miguel Angel Vivas
Screenwriter: Miguel Angel Vivas, Javier García
Starring: Fernando Cayo, Manuela Velles, Ana Wagener, Guillermo Barrientos, Dritan Biba Martijn Kuiper, Xoel Yanez
Genre: Drama, Thriller
MPAA Rating: Not Available
Plot Summary: Jaime (Fernando Cayo) and Marta (Ana Wagener) are a middle-aged couple with a teenage daughter named Isa (Manuela Velles). The family is in the process of moving into a big new house. Marta wants to gather the family for dinner at home to celebrate. Isa has her own plans; she wants to go out with her boyfriend. Jaime is stuck in the middle of it all. Everyone's evening is ruined when a gang of masked hoodlums pay a visit to the home. 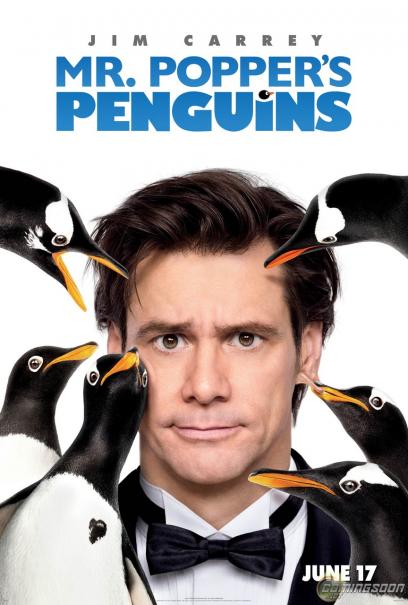 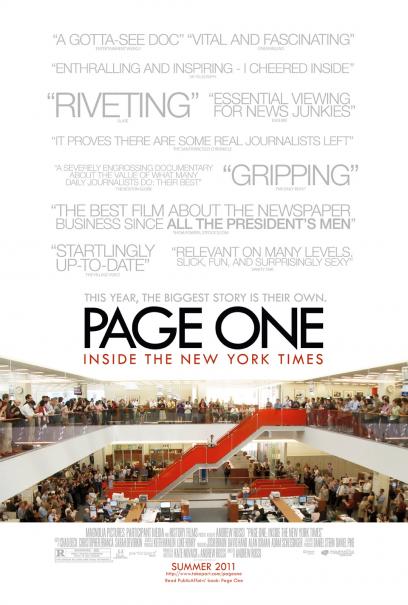 Page One: Inside The New York Times
Release Date: June 17, 2011 (NY)
Studio: Magnolia Pictures
Director: Andrew Rossi
Screenwriter: Not Available
Starring: Not Available
Genre: Documentary
MPAA Rating: Not Available
Plot Summary: Andrew Rossi's riveting documentary "Page One: Inside The New York Times" had its World Premiere at the Sundance Film Festival, and was acquired by Magnolia Pictures and Participant Media for theatrical release this June. In the tradition of great fly-on-the-wall documentaries, the film deftly gains unprecedented access to the New York Times newsroom and the inner workings of the Media Desk. With the Internet surpassing print as our main news source and newspapers all over the country going bankrupt, "Page One" chronicles the transformation of the media industry at its time of greatest turmoil. Writers like Brian Stelter, Tim Arango and the salty but brilliant David Carr track print journalism's metamorphosis even as their own paper struggles to stay vital and solvent, while their editors and publishers grapple with up-to-the-minute issues like controversial new sources and the implications of an online pay-wall. Meanwhile, rigorous journalism is thriving--"Page One" gives us an up-close look at the vibrant cross-cubicle debates and collaborations, tenacious jockeying for on-record quotes, and skillful page-one pitching that brings the most venerable newspaper in America to fruition each and every day. 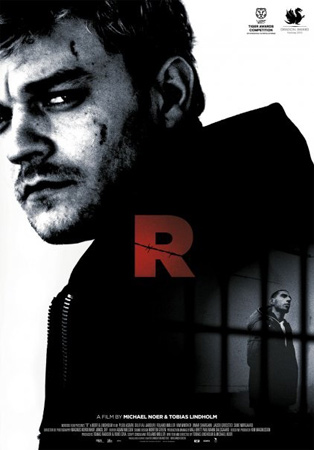