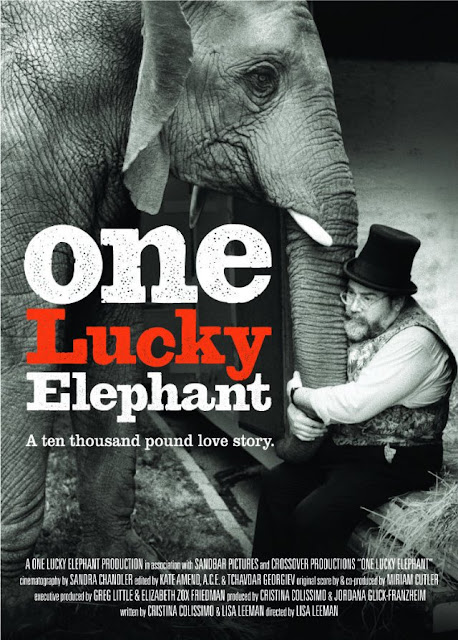 One Lucky Elephant
Release Date: June 8, 2011 (NY; LA release: June 24)
Studio: Not Available
Director: Lisa Leeman
Screenwriter: Lisa Leeman, Cristina Colissimo
Starring: Not Available
Genre: Documentary
MPAA Rating: Not Available
Plot Summary: Where does an elephant go after a life in the circus? Sixteen years have passed since circus producer David Balding adopted Flora, the orphaned baby African elephant. As Flora approaches adulthood, David realizes that she is not happy performing. Ultimately, he must face the difficult truth that the circus is no place for Flora; she needs to be with other elephants. The road to Flora's retirement, however, is a difficult and emotional journey which tests their bond in unexpected ways. "One Lucky Elephant" eschews easy sentimentality and doesn't shy away from examining the problems and mysteries posed by keeping wild animals in captivity, while never losing sight of the delicate love story between a man and a 10,000 pound elephant, who share feelings of loyalty, sorrow, admiration and joy. The film is suitable for children, 10 and older. 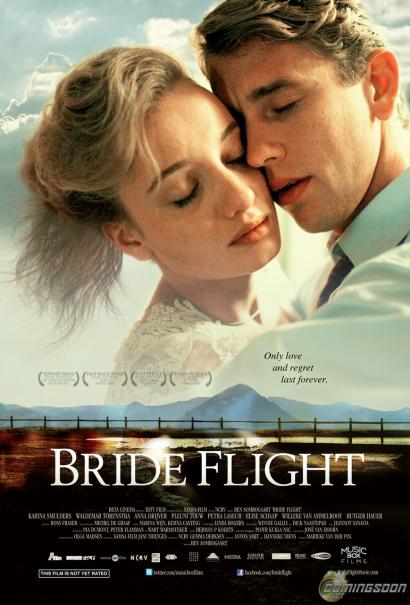 Bride Flight
Release Date: June 10, 2011 (NY, LA)
Studio: Music Box Films
Director: Ben Sombogaart
Screenwriter: Marieke van der Pol
Starring: Waldemar Torenstra, Karina Smulders, Anna Drijver, Elise Schaap, Rutger Hauer, Pleuni Touw
Genre: Drama
MPAA Rating: R (for a strong sex scene and some graphic nudity)
Plot Summary: Three young women – Ada (Karina Smulders), Esther (Anna Drijver), and Marjorie (Elise Schaap) – emigrate from post-WWII Holland to New Zealand for what they hope will be a better life. They are all awaited by their fiancés, who have already settled in Christchurch. On the plane trip overseas – dubbed the "Bride Flight" – the three become fast friends and meet a dashing young man, Frank (Waldemar Torenstra), who will come to play a large role in each of their lives. They part ways on arrival in their new country and begin their new lives, but their paths continue to cross in the years to come. Chance meetings result in love affairs, betrayal and impenetrable bonds, leading up to a final reunion fifty years later. The film's screenplay and the best-selling Dutch novel "Bruidsvlucht" on which it was based were both written by Marieke van der Pol. 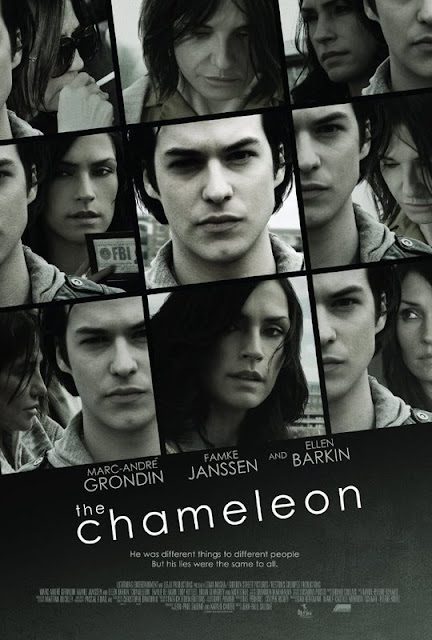 The Chameleon
Release Date: June 10, 2011 (limited)
Studio: LLeju Productions
Director: Jean-Paul Salomé
Screenwriter: Jean-Paul Salomé, Natalie Carter
Starring: Ellen Barkin, Famke Janssen, Emilie de Ravin, Brian Geraghty, Nick Stahl, Marc-André Grondin
Genre: Drama, Thriller
MPAA Rating: Not Available
Plot Summary: This psychological drama features Barkin as a mother of a fractured family who welcomes home their son who had been missing for years. When the details of his sudden reappearance don't quite add up, the suspicions of a determined FBI agent (Janssen) are raised. As pieces of a mysterious puzzle fall together, an unveiled past reveals deep and dark secrets. This bizarre true story is based off the best-selling novel by Christophe D' Antonio. 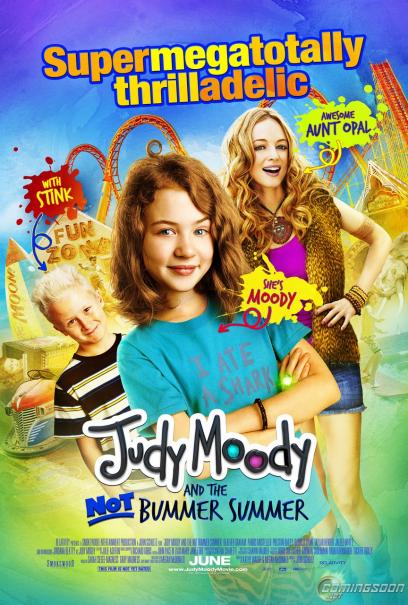 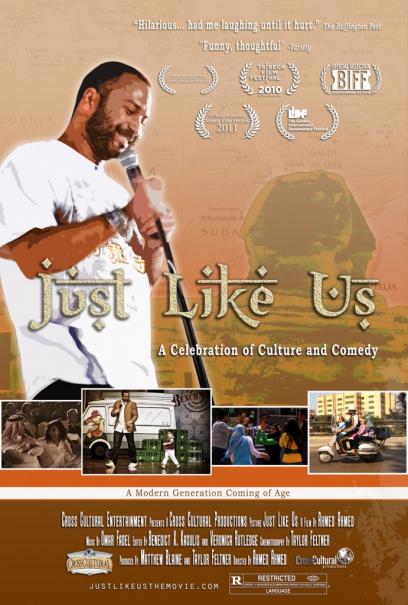 Just Like Us
Release Date: June 10, 2011 (NY, LA & DC; expands: June 17)
Studio: Cross Cultural Entertainment
Director: Ahmed Ahmed
Screenwriter: Not Available
Starring: Ahmed Ahmed, Ted Alexandro, Sherif Azab, Whitney Cummings, Tommy Davidson, Omid Djalili, Erik Griffin, Maz Jobrani, Sebastian Maniscalco, Eman Morgan, Tom Papa, Maria Shehata, Angelo Tsarouchas
Genre: Documentary
MPAA Rating: R (for language)
Plot Summary: Modern technology and globalization have made the world a much smaller place and caused us to be more interconnected as people, yet cultural misconceptions persist. Through a celebration of culture and comedy, this film uproots the widely held misconception that Arabs have no sense of humor - when in fact they laugh, and are, just like us. This documentary features Egyptian-American comedian Ahmed Ahmed, in his directorial debut, along with a host of critically acclaimed international stand-up comedians. Presented by Cross Cultural Entertainment and Cross Cultural Productions, "Just Like Us" exemplifies their goal of reintroducing socially relevant issues to the world in an effort to build cultural bridges in this age of greater tolerance, understanding and acceptance. The film documents four countries in the Middle East, showcasing the cultures of Dubai, Lebanon, the Kingdom of Saudi Arabia, and Egypt with sold out crowds totaling over 20,000 people. Contemporary stand-up comedy has the powerful ability to provide relief, encourage a younger generation, break down barriers and serves as a platform for cross cultural dialogue. This art form is very new to the Middle East and older generations did not have the opportunity to appreciate this creative platform. However, through the current Internet age stand-up comedy has flourished in the Arab region over the past few years, and continues to show us that laughter is the common language of the world. 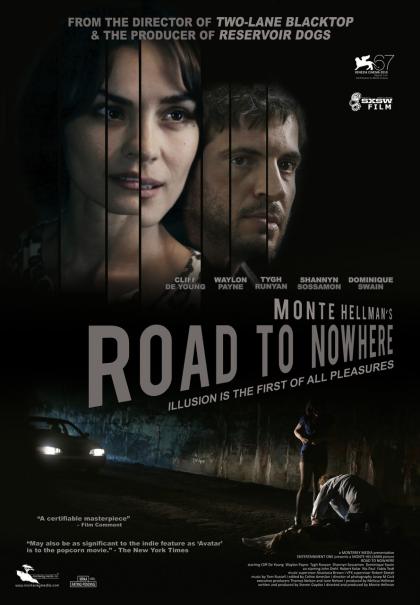 Road to Nowhere
Release Date: June 10, 2011 (NY; LA release: June 17)
Studio: Monterey Media Inc.
Director: Monte Hellman
Screenwriter: Steven Gaydos
Starring: Cliff De Young, Waylong Payne, Tygh Runyan, Shannyn Sossamon, Dominique Swain
Genre: Romance, Thriller
MPAA Rating: R (for some language and brief violence)
Plot Summary: There's a murky tenuous balance between reality and fiction; particularly when it involves a beautiful young woman, murder, a powerful politico, a missing fortune and suicide. A passionate filmmaker creating a film based upon a true crime casts an unknown mysterious young woman bearing a disturbing resemblance to the femme fatale in the story. Unsuspectingly, he finds himself drawn into a complex web of haunting intrigue, obsessed with the woman, the crime, her possibly notorious past and the disturbing complexity between art and truth. From the Smoky Mountains of North Carolina to Verona, Rome and London, new truths are revealed and clues to other crimes and passions, darker and even more complex are uncovered. 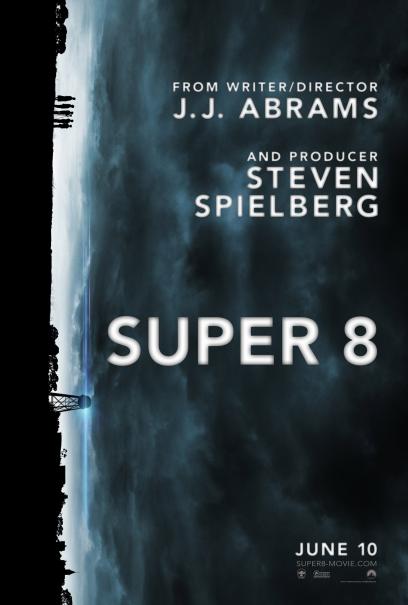 Super 8
Release Date: June 10, 2011 (conventional and IMAX theaters)
Studio: Paramount Pictures
Director: J.J. Abrams
Screenwriter: J.J. Abrams
Starring: Kyle Chandler, Elle Fanning, Joel Courtney, Gabriel Basso, Noah Emmerich, Ron Eldard, Riley Griffiths, Ryan Lee, Zach Mills
Genre: Action, Horror, Thriller
MPAA Rating: Not Available
Plot Summary: In the summer of 1979, a group of friends in a small Ohio town witness a catastrophic train crash while making a super 8 movie and soon suspect that it was not an accident. Shortly after, unusual disappearances and inexplicable events begin to take place in town, and the local Deputy tries to uncover the truth – something more terrifying than any of them could have imagined. 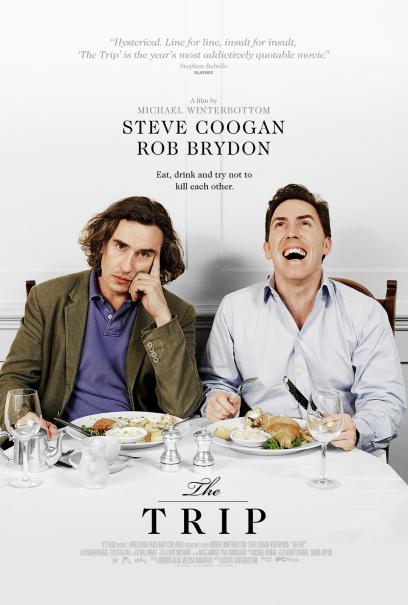 The Trip
Release Date: June 10, 2011 (limited)
Studio: IFC Films
Director: Michael Winterbottom
Screenwriter: Not Available
Starring: Steve Coogan, Margo Stilley, Rob Brydon
Genre: Comedy
MPAA Rating: Not Available
Plot Summary: Playing loose versions of themselves, Steve Coogan and Rob Brydon reprise their hilariously fictionalized roles from "Tristam Shandy: A Cock and Bull Story" and reunite with acclaimed director Michael Winterbottom ("24 Hour Party People") for an acerbically witty, largely improvised ride through the English countryside. Tapped by The Observer to review fine restaurants throughout the Lake District and Yorkshire Dales, Steve (Coogan) finds himself without a traveling companion after his girlfriend decides not to go at the last minute. After being turned down by everyone else he knows, Steve extends an invitation to Rob (Brydon), and together the pair attempt to navigate the winding back roads of rural England, impersonating popular celebrities such as Michael Caine, Woody Allen and Liam Neeson (among many others) and bickering along the way. Over the course of six different meals at six different restaurants, the ultimate odd couple tests the limits of their friendship, questioning what is most important to them and along the way discover the limits of what they are and are not willing to give up for fame. 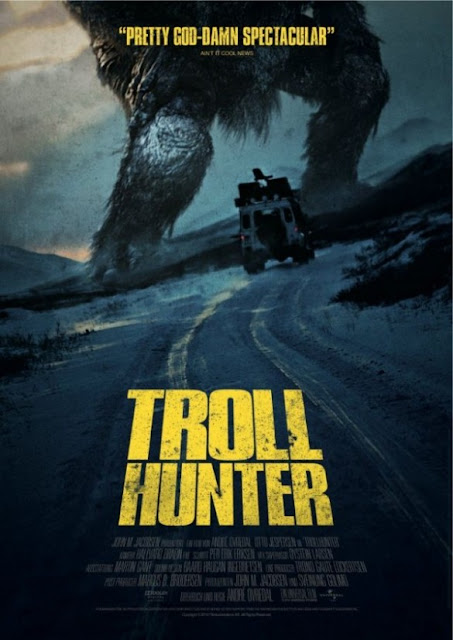 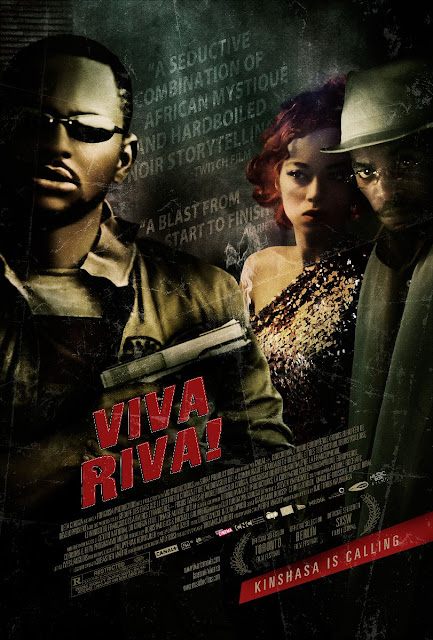