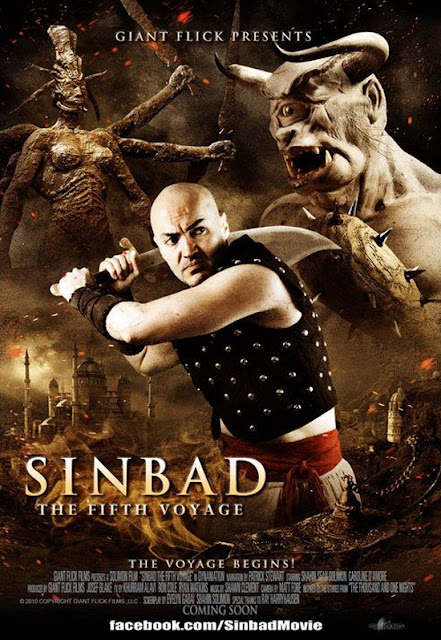 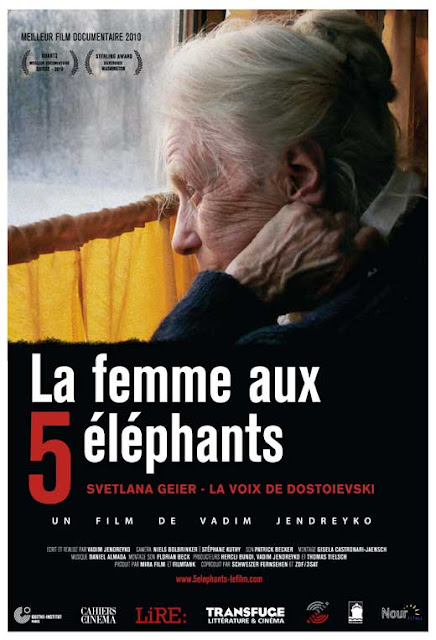 The Woman with the 5 Elephants

Release Date: July 20, 2011 (NY)
Studio: A Cinema Guild Release
Director: Vadim Jendreyko
Screenwriter: Vadim Jendreyko
Starring: Svetlana Geier, Anna Götte, Hannelore Hagen
Genre: Documentary
MPAA Rating: Not Available
Plot Summary: A poignant and inspiring new documentary by Vadim Jendreyko. The 5 elephants in question are Dostoyevsky's great literary works, all of which have been translated by the octogenarian Svetlana Geier, considered the world's most masterful translator of Russian literature into German. The filmmaker visits with a woman whose fascinating, dramatic life story has been colored by some of the most violent events in 20th century European history: Stalin's purges of the kulaks (responsible for her father's death) and the Nazi occupation of the Ukraine (ultimately responsible for saving her life and leading to a university education in Germany).
A rigorous intellectual whom we're privileged to watch parse the language, word by word, with her colleague (sometimes with great, dry humor), she warms the screen with the depths of her dignity and humanity. Language as a civilizing force is the thread that runs through Geier's life, and it illuminates every minute of the film. Interestingly, Geier reveals her human failings at those moments when the filmmaker points out to her, however gently, the irony that her good fate was made possible by the Nazis' temporary conquest of her homeland. Svetlana Geier died on November 7, 2010 at age 87. 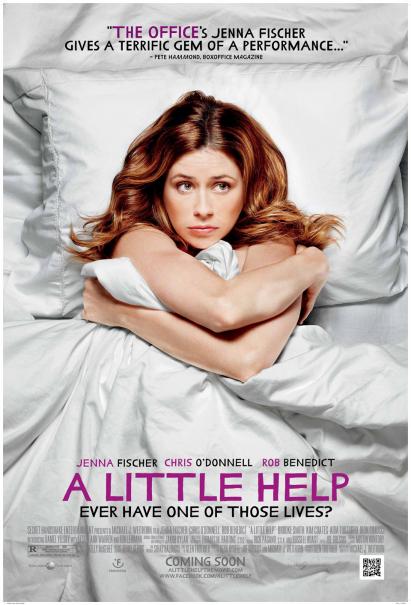 Release Date: July 22, 2011 (limited)
Studio: Freestyle Releasing
Director: Michael J. Weithorn
Screenwriter: Michael J. Weithorn
Starring: Jenna Fischer, Chris O'Donnell, Rob Benedict, Daniel Yelsky, Kim Coates, Brooke Smith, Lesley Ann Warren, Ron Leibman, Zach Page, Arden Myrin, Aida Turturro, Jim Florentine, Dion DiMucci Sara Kapner, Michelle Hurst, Dena Hysell, Joe Gressis, Glen Trotiner
Genre: Comedy, Drama
MPAA Rating: Not Available
Plot Summary: Set in suburban Long Island in the post-9/11 summer of 2002, "A Little Help" examines a period of chaotic and rather bizarre upheaval in the life of dental hygienist Laura Pehlke (Jenna Fischer).
Up to now Laura has had the wind at her back in life by virtue of her good looks and effortless charisma. But lately things have begun to take some dark and difficult turns. Her marriage to real estate agent Bob Pehlke (Chris O'Donnell) has become tense and loveless – Laura even has suspicions that he’s cheating – and her relationship with her 12 year-old son Dennis (Daniel Yelsky) has become strained as well, his emerging adolescence having turned him typically sullen and hostile. Laura has not been dealing well with all this – she’s drinking and smoking too much; her self-esteem and confidence are in free fall.
When Bob dies suddenly Laura is a deer in the headlights. Her intrusive mother, Joan (Lesley Ann Warren) and sister, Kathy (Brooke Smith) step in to fill the vacuum – they pressure Laura to send Dennis to an exclusive private school, and force her to hire a ruthless lawyer, Mel Kaminsky (Kim Coates), to file a malpractice lawsuit.
As Laura struggles to stay afloat in a vortex of deception, she finds that the one person with whom she can connect and communicate with is, ironically, Kathy's husband Paul (Rob Benedict) as their respective circumstances begin to draw them powerfully toward each other – despite the obvious complications and dangers that this implies.
"A Little Help" is the story – funny, touching, sad, and real – of an ordinary person, engulfed by ordinary events, making an extraordinary emotional journey. 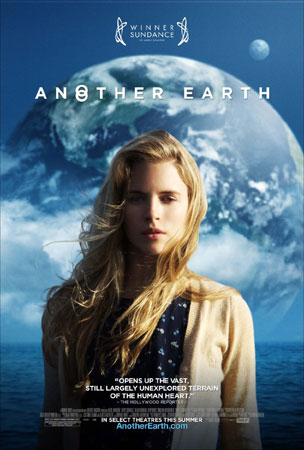 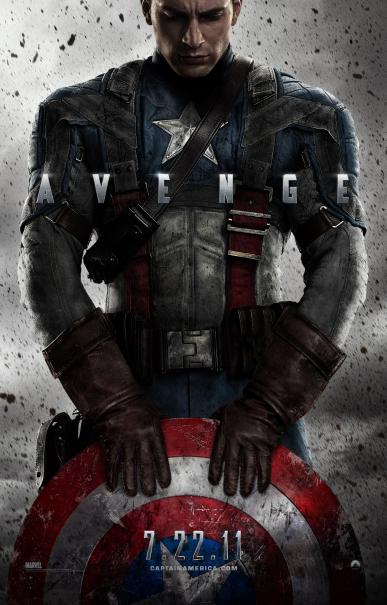 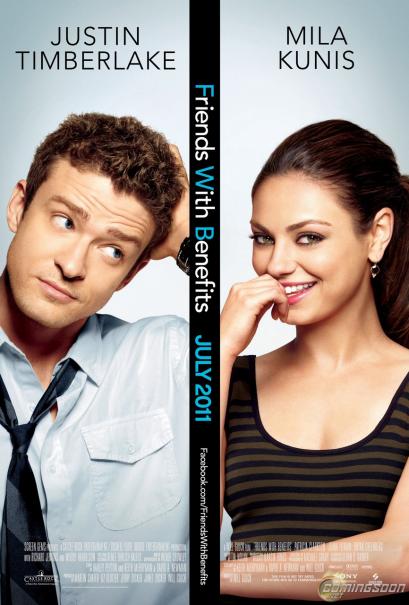 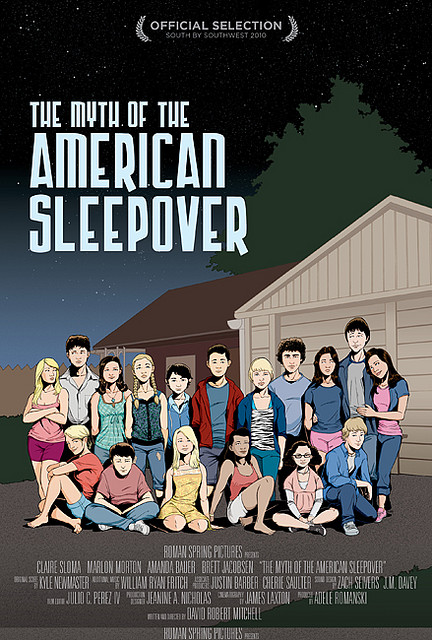 The Myth of the American Sleepover

Release Date: July 22, 2011 (NY)
Studio: Sundance Selects
Director: David Robert Mitchell
Screenwriter: David Robert Mitchell
Starring: Jade Ramsey, Amy Seimetz, Nikita Ramsey, Amanda Bauer, Jean Louise O'Sullivan, Claire Sloma
Genre: Comedy, Romance
MPAA Rating: Not Available
Plot Summary: An official selection of Cannes Critics Week and winner of the Special Jury Prize at SXSW, "The Myth of the American Sleepover" is a youthful and tender coming-of-age drama from first-time writer/director David Robert Mitchell. In the tradition of free-wheeling tributes to adolescence like "Dazed & Confused," the film follows four young people (a cast of brilliant young newcomers in their feature film debuts) on the last night of summer - their final night of freedom before the new school year starts. The teenagers cross paths as they explore the suburban wonderland they inhabit in search of love and adventure - chasing first kisses, elusive crushes, popularity and parties - and discover the quiet moments that will later resonate as the best in their youth. 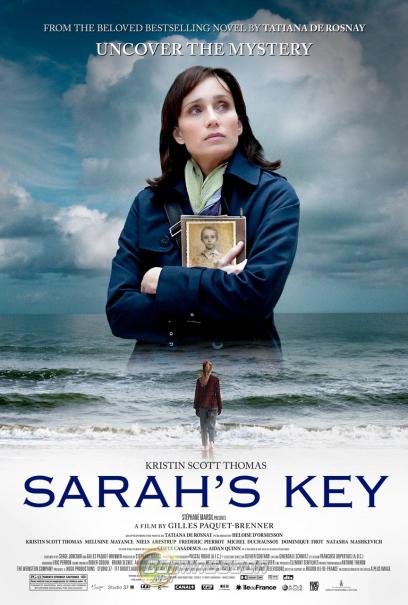 Release Date: July 22, 2011 (NY, LA)
Studio: The Weinstein Company
Director: Gilles Paquet-Brenner
Screenwriter: Serge Joncour, Gilles Paquet-Brenner
Starring: Kristin Scott Thomas, Melusine Mayance, Niels Arestrup, Frederic Pierrot, Michel Duchaussoy, Dominique Frot, Natasha Mashkevich, Gisele Casadesus, Aidan Quinn
Genre: Drama
MPAA Rating: PG-13 (thematic material including disturbing situations involving the Holocaust)
Plot Summary: Paris, July 1942: Sarah, a ten-year old girl, is taken with her parents by the French police as they go door-to-door arresting Jewish families in the middle of the night. Desperate to protect her younger brother, Sarah locks him in a bedroom cupboard – their secret hiding place – and promises to come back for him as soon as they are released. Sixty seven years later: Sarah's story intertwines with that of Julia Jarmond, an American journalist investigating the roundup. In her research, Julia stumbles onto a trail of secrets that link her to Sarah, and to questions about her own romantic future. 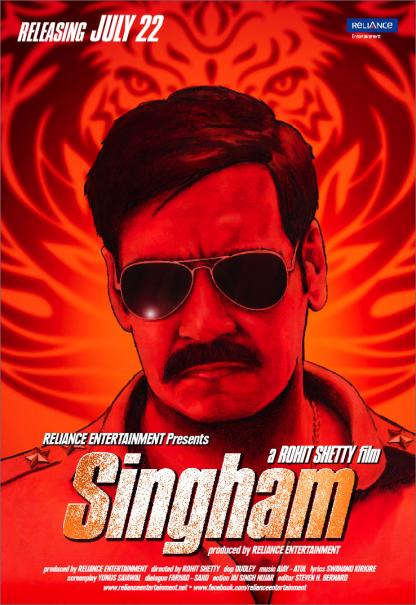 Release Date: July 22, 2011 (limited)
Studio: Reliance Big Pictures
Director: Rohit Shetty
Screenwriter: Yunus Sejawal
Starring: Ajay Devgn, Kajal Aggarwal, Prakash Raj, Ashok Saraf, Sachin Khedekar, Sonali Kulkarni
Genre: Action, Romance
MPAA Rating: Not Available
Plot Summary: In the backdrop of Shivgad, a small village in the border of Maharashtra and Goa, the film revolves around the story of an honest, diligent and honored Inspector Bajirao Singham played by Mr. Ajay Devgn who fights against injustice and prejudice using his own ethics and principles.
A sudden strike of destiny sets up Singham against the tremendously powerful criminal cum politician Jaykant Shikre (Prakash Raj), challenging his morals and beliefs. Jaykant's powerful planning and force makes Singham land up in the ruling city of Jaykant Shikre, the city of 'Goa', where he leaves no stone unturned to make Singham's life a nightmare to live.
Singham's supportive girlfriend Kavya (Kajal Aggarwal) and his tryst with Late Mr. Rakesh Kadam's family makes him realize the importance to bring a change in the system by eradicating the root cause Jaykant Shikre, by not going against the law of force but by being a powerful part of it.