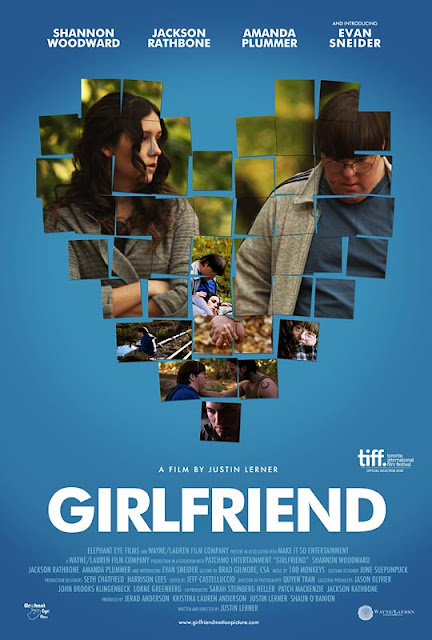 Release Date: July 15, 2011 (NY)
Studio: Paradigm
Director: Justin Lerner
Screenwriter: Justin Lerner
Starring: Shannon Woodward, Jackson Rathbone, Evan Sneider, Amanda Plummer
Genre: Drama
MPAA Rating: Not Available
Plot Summary: Evan is a young man with Down Syndrome who lives with his mother in a poor, working-class town hit hard by the recent economic recession. When he unexpectedly comes into a large amount of money, Evan uses it to romantically pursue Candy, a girl from town who he has loved since high school. Candy, now a barely-employed single mom, is facing financial debt, possible eviction, and the inability to rid herself of Russ, her abusive, volatile, ex-boyfriend. In no position to turn down Evan's offers of financial support, Candy hesitantly accepts his gifts, which causes the pair to enter a complicated emotional entanglement. When Russ catches on to Candy and Evan's odd relationship, all three of them become intertwined in a complex triangle of secrets, jealousy, and revenge. Despite his many hardships and the seeming impossibility of Candy being able to return his love, Evan struggles to remain a resilient, pure embodiment of human compassion. 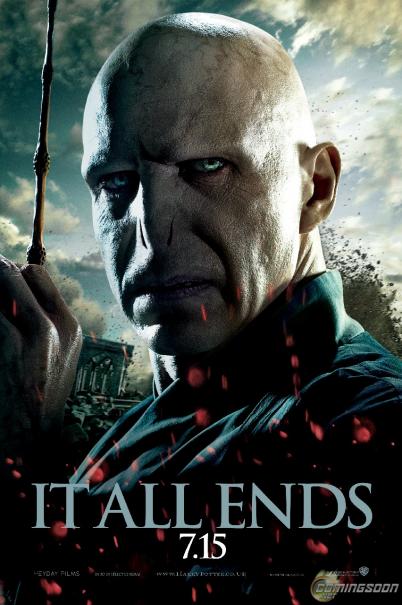 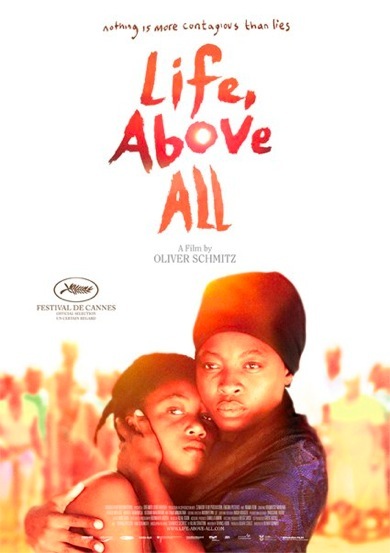 Release Date: July 15, 2011 (NY, LA)
Studio: Sony Pictures Classics
Director: Oliver Schmitz
Screenwriter: Dennis Foon
Starring: Khomotso Manyaka, Keaobaka Makanyane, Harriet Lenabe, Audrey Poolo
Genre: Drama
MPAA Rating: Not Available
Plot Summary: In the dusty small town of Elandsdoorn, a South African township not far from Johannesburg, life is simple and serene. A prevailing sense of deep pride tightly bonds together the entire community - but beware to those who step out of line... 12-year-old Chanda is a hardworking promising young student with a bright future, but her life changes dramatically when her baby sister unexpectedly dies. Heartbroken, Chanda's mother, Lillian, in turn becomes severely ill. Her stepfather drowns himself in alcohol, leaving the young girl to take care of her two smaller siblings. Meanwhile, the formerly friendly neighbors become increasingly distant and gossip spreads. "Auntie" Tafa does what she can to help by getting Lillian to leave town, but not even "Auntie" is immune to the cloud of fear filtering across Elandsdoorn. Suspecting that the community's irrational ostracism has to do with her mother's illness and the death of her baby sister, Chanda demands answers but is met with stubborn silence. Unwilling to bear the weight of secrecy any longer, Chanda sets out to face a deeply engrained, unspoken taboo... 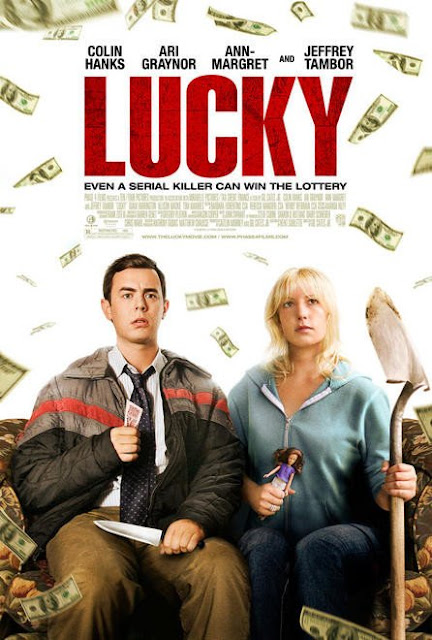 Release Date: July 15, 2011 (NY, LA)
Studio: Phase 4 Films
Director: Gil Cates Jr.
Screenwriter: Kent Sublette
Starring: Colin Hanks, Ari Graynor, Ann-Margret, Jeffrey Tambor
Genre: Comedy
MPAA Rating: Not Available
Plot Summary: Ben Keller (Colin Hanks) has just won the Iowa State Lotto. The catch? The winning ticket belongs to Leslie Singer, the dead girl in his closet. With $36 million now at his disposal, Ben has the newfound confidence to pursue his life-long crush, Lucy St. Martin (Ari Graynor). But can all the money in the world compensate for the fact that Ben is a fledgling serial killer? As their relationship spirals out of control and the body count rises, Lucy and Ben do all they can to survive love, marriage, and each other. 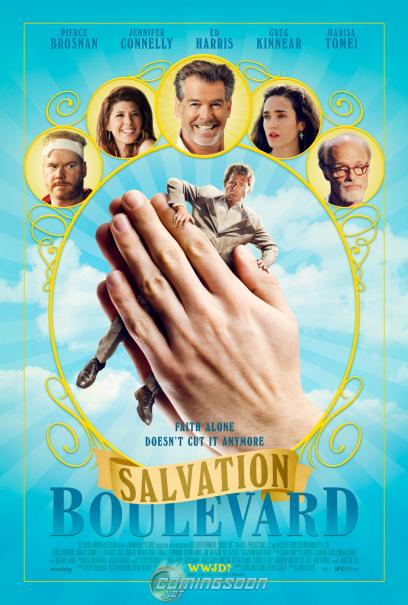 Release Date: July 15, 2011 (limited)
Studio: IFC Films
Director: George Ratliff
Screenwriter: George Ratliff, Douglas Stone
Starring: Pierce Brosnan, Ed Harris, Jim Gaffigan, Jennifer Connelly, Greg Kinnear, Marisa Tomei, Yul Vazquez, Isabelle Fuhrman
Genre: Comedy, Thriller
MPAA Rating: Not Available
Plot Summary: "Salvation Boulevard" is a modern comedy based on the book of the same title by Larry Beinhart ("Wag the Dog") about Pastor Dan Day, a charismatic evangelical preacher (Pierce Brosnan) who has captivated a small western American town with his charm – and the promise of a sweet real estate development.
Carl (Greg Kinnear) is a former follower – not of Christ, but of the Grateful Dead – who has since become "found" in Dan's Evangelical community, serving as one of the preacher's great examples of spiritual and moral transformation. But Carl's new belief system is turned upside down when he witnesses a sinful act that Pastor Dan's doughy henchman (Jim Gaffigan) aims to cover up.
In the meantime, Carl finds himself on the run, torn between Honey (Marisa Tomei), a security guard who still follows the Dead and partakes in those pleasures, and his militantly devout wife (Jennifer Connelly, as you've never seen her) and her daughter (Isabelle Fuhrman), who is herself on the eve of taking a vow of sexual purity. 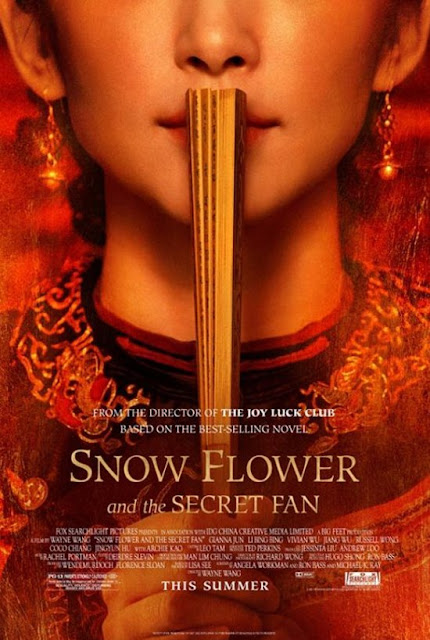 Snow Flower and the Secret Fan

Release Date: July 15, 2011 (limited)
Studio: Fox Searchlight Pictures
Director: Wayne Wang
Screenwriter: Ron Bass, Angela Workman, Michael Ray
Starring: Li Bingbing, Jeon Ji-Hyun, Archie Kao, Hugh Jackman
Genre: Drama
MPAA Rating: PG-13 (for sexuality, violence/disturbing images and drug use)
Plot Summary: Inspired by the bestselling novel "Snow Flower and the Secret Fan" by Lisa See, the film is a timeless portrait of female friendship.
In 19th-century China, seven year old girls Snow Flower and Lily are matched as laotong – or "old sames" – bound together for eternity. Isolated by their families, they furtively communicate by taking turns writing in a secret language, nu shu, between the folds of a white silk fan.
In a parallel story in present day Shanghai, the laotong's descendants, Nina and Sophia, struggle to maintain the intimacy of their own childhood friendship in the face of demanding careers, complicated love lives, and a relentlessly evolving Shanghai. Drawing on the lessons of the past, the two modern women must understand the story of their ancestral connection, hidden from them in the folds of the antique white silk fan, or risk losing one another forever.
What unfolds are two stories, generations apart, but everlasting in their universal notion of love, hope and friendship. 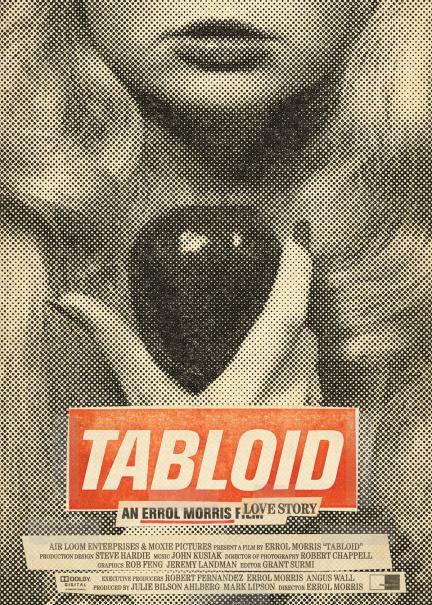 Release Date: July 15, 2011 (limited)
Studio: Sundance Selects
Director: Errol Morris
Screenwriter: Not Available
Starring: Not Available
Genre: Documentary
MPAA Rating: R (for sexual content and nudity)
Plot Summary: This dark, funny and altogether surreal new film from Errol Morris ("Fast," "Cheap and Out of Control," "The Fog of War," "Standard Operating Procedure"). With "Tabloid," Morris further redefines and pushes the boundaries of documentary film with the tale of Joyce McKinney and the infamous "Case of the Manacled Mormon." In 1977, Miss Wyoming Joyce McKinney flew to England with a pilot and a bodyguard to abduct the love of her life, Mormon missionary Kirk Anderson. Or was it to liberate him from a cult? Joyce, all of the people that cross her path, and the British tabloids help construct an epic Rashomon-like tale that is as hilarious as it is unbelievable. Part black comedy, part film noir, "Tabloid" is always surprising and features one of the most captivating characters of Morris's career. 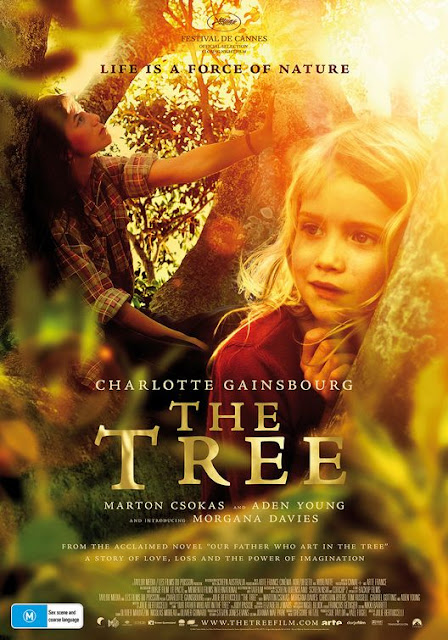 Release Date: July 15, 2011 (limited)
Studio: Zeitgeist Films
Director: Julie Bertuccelli
Screenwriter: Julie Bertuccelli, Elizabeth J. Mars
Starring: Charlotte Gainsbourg, Marton Csokas, Morgana Davies, Aden Young
Genre: Drama, Romance
MPAA Rating: Not Available
Plot Summary: The exquisite Charlotte Gainsbourg ("Antichrist," "I'm Not There") stars in French filmmaker Julie Bertuccelli's achingly beautiful follow-up to her sleeper hit Since Otar Left. The Closing Night Film at Cannes in 2010, "The Tree" is a mystical drama of loss and rebirth in the Australian countryside. Not since classic 1970s works Picnic at Hanging Rock and Walkabout has the harshly gorgeous outback landscape been such a lyrical yet foreboding metaphor for grief and coming of age. Blindsided with anguish after her husband's sudden death, Dawn (Gainsbourg)--along with her four young children--struggles to make sense of life without him. Eight-year-old Simone (unforgettable newcomer Morgana Davies) becomes convinced that her father is whispering to her through the leaves of the gargantuan fig tree that towers over their house. The family is initially comforted by its presence, but then the tree's enormous roots slowly begin to encroach on the abode and threaten their fragile existence... 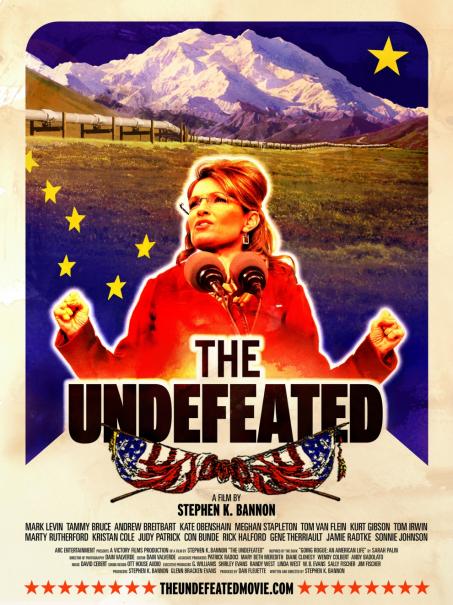 Release Date: July 15, 2011 (limited)
Studio: Victory Film Group
Director: Stephen K. Bannon
Screenwriter: Stephen K. Bannon
Starring: Sarah Palin, Mark Levin, Tammy Bruce, Andrew Breitbart, Kate Obenshain, Sonnie Johnson, Jamie Radtke
Genre: Documentary
MPAA Rating: Not Available
Plot Summary: Alaska in mid-decade was a land of vast natural resources fought over by the largest companies in the world and governed by a corrupt and compromised political class. Rampant crony-capitalism stood in the way of the people of Alaska reaping the benefits of their natural birthright.
Enter a galvanizing reformer, a small town mayor who took on her own political party and brought on "sudden and relentless reform." An epic two-hour feature documentary film, "The Undefeated" chronicles the rise from obscurity of one of America's new generation of leaders: Governor Sarah Palin of Alaska.
Starting during the Exxon Valdez disaster of 1989 when Palin worked a commercial fishing boat she owned with her blue-collar husband, the film shows the struggles, the victories and the setbacks during a controversial career.
Starring the leading conservative commentators Mark Levin, Tammy Bruce, Andrew Breitbart; conservative activists Kate Obenshain, Sonnie Johnson, Jamie Radtke; and Alaskan civil servants, political leaders and advisers from the dramatic days of change in mid-decade, "The Undefeated" provides a fresh and revealing look at Governor Sarah Palin.
The film is structured in three Acts and chronicles Palin's early days in Wasilla; her achievements as Governor of Alaska, which yielded her an astonishing 80 percent approval rating; and her meteoric rise to the national stage as John McCain's running mate.
Taking on both the right and the left, "The Undefeated" takes an unflinching look at the state of discourse in contemporary American electoral politics.
With a sweeping score, previously unseen footage and exclusive interviews, "The Undefeated" educates, entertains and challenges its audiences to take another look at someone who is much-discussed but whose story, despite all that is written and said about her, is actually largely untold. 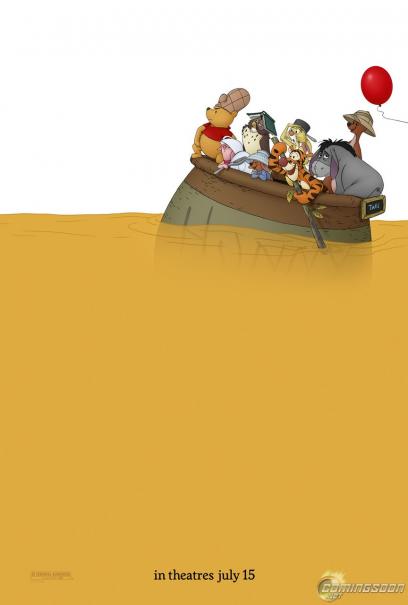