More Than Meets The Eye, Mimoco

I first wrote about Mimoco Designer Flash Drives (Mimobots) over 1 year ago (you can see that post here). Since then Mimoco has released so many new and exciting flash drives, that it's almost impossible to keep up. What's also new, besides the increased flash drive sizes, is pre-loaded content featuring desktop wallpapers, icons, avatars, and more digital extra's. You want to know what else is new? Optimus Prime and Megatron, that's whats new!
Optimus Prime MIMOBOT®
(2GB - 64GB) 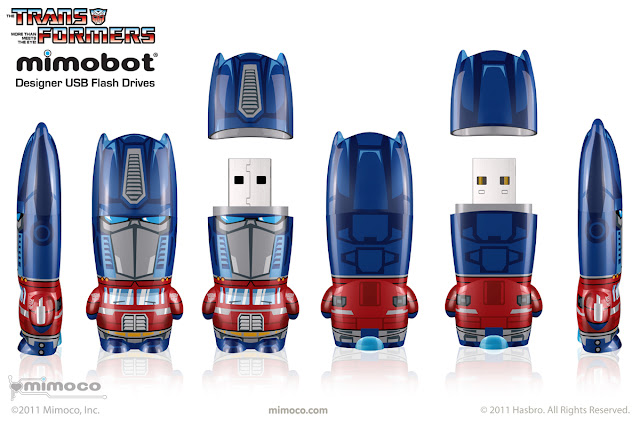 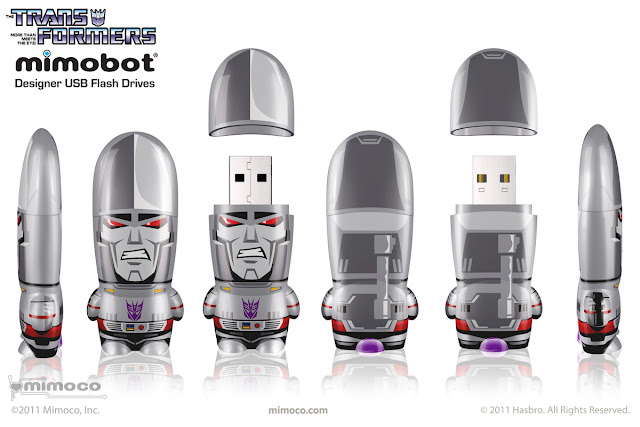 For 9 million years, Megatron has battled for control over Cybertron and the Universe’s energy supplies. Now he has set his evil mind on seizing control of your data! With steel-colored armor, menacing scowl and piercing eyes, Megatron MIMOBOT® boasts his classic Transformers style and will stop at nothing, least of all the feeble attempts of Optimus Prime, to gain the Universe’s data, and that means your documents, music, pictures and more! Learn more here!

Available for purchase from Mimoco, Optimus Prime and Megatron have a starting price of $22.95 (US) for 2GB, and prices increase as sizes increase.
Via - Ubergizmo
Via - Engadget
By: Mass