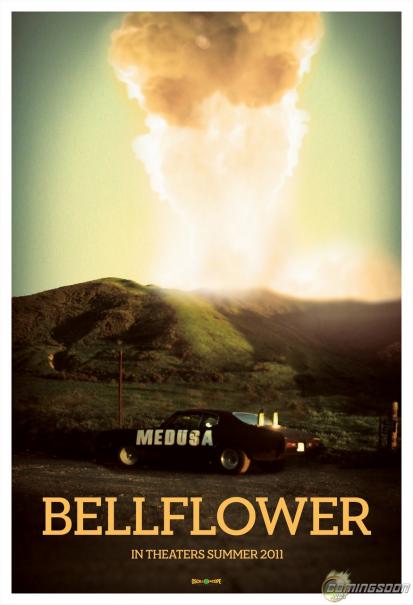 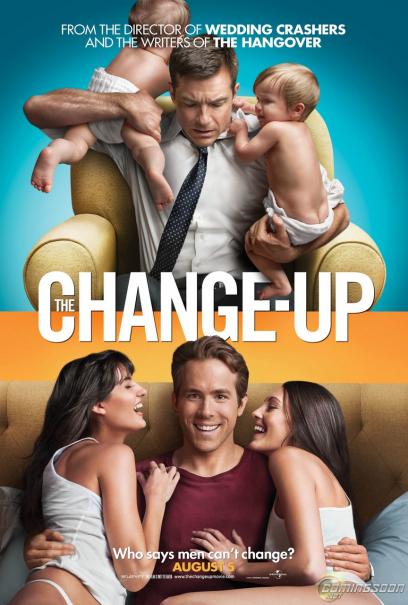 Release Date: August 5, 2011
Studio: Universal Pictures
Director: David Dobkin
Screenwriter: Jon Lucas, Scott Moore
Starring: Ryan Reynolds, Jason Bateman, Leslie Mann, Olivia Wilde, Alan Arkin
Genre: Comedy
MPAA Rating: R (for pervasive strong crude sexual content and language, some graphic nudity and drug use)
Plot Summary: Ryan Reynolds and Jason Bateman star in "The Change-Up," from director David Dobkin ("Wedding Crashers"), writers Jon Lucas & Scott Moore ("The Hangover") and producer Neal Moritz ("Fast & Furious," "Click"). The R-rated comedy takes the traditional body-switching movie, ties it up tightly and throws it off a cliff.
Growing up together, Mitch (Reynolds) and Dave (Bateman) were inseparable best friends, but as the years have passed they've slowly drifted apart. While Dave is an overworked lawyer, husband and father of three, Mitch has remained a single, quasi-employed man-child who has never met a responsibility he liked. To Mitch, Dave has it all: beautiful wife Jamie (Leslie Mann), kids who adore him and a high-paying job at a prestigious law firm. To Dave, living Mitch's stress free life without obligation or consequence would be a dream come true.
Following a drunken night out together, Mitch and Dave's worlds are turned upside down when they wake up in each other's bodies and proceed to freak the &*#@ out.
Despite the freedom from their normal routines and habits, the guys soon discover that each other's lives are nowhere near as rosy as they once seemed. Further complicating matters are Dave's sexy legal associate, Sabrina (Olivia Wilde), and Mitch's estranged father (Alan Arkin). With time not on their side, Mitch and Dave comically struggle to avoid completely destroying each other's lives before they can find a way to get their old ones back. 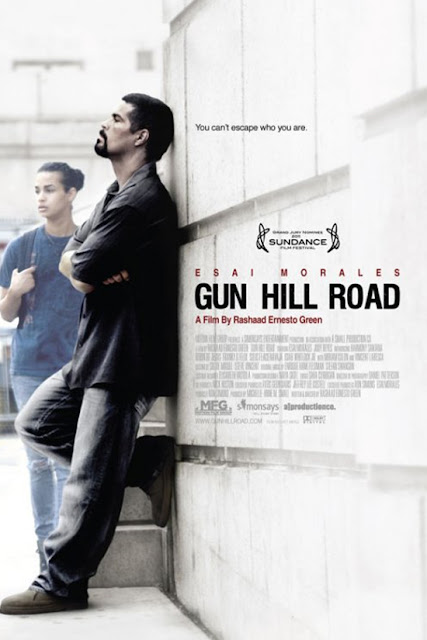 Release Date: August 5, 2011 (NY, LA)
Studio: Motion Film Group
Director: Rashaad Ernesto Green
Screenwriter: Rashaad Ernesto Green
Starring: Esai Morales, Judy Reyes, Harmony Santana
Genre: Drama
MPAA Rating: Not Available
Plot Summary: After three years in prison, Enrique (Esai Morales, who also executive produced) returns home to the Bronx to find the world he knew has changed. His wife, Angela (Judy Reyes), struggles to hide an emotional affair, and his teenage son Michael (newcomer Harmony Santana), explores a sexual transformation well beyond Enrique’s grasp and understanding. Unable to accept his child, Enrique clings to his masculine ideals while Angela attempts to hold the family together by protecting Michael. Still under the watchful eye of his parole officer, Enrique must become the father he needs to be or, once again, risk losing his family and freedom.
Can a father’s fierce love for his family overcome his street-hardened ideas about manhood and end the vicious cycle controlling his life? 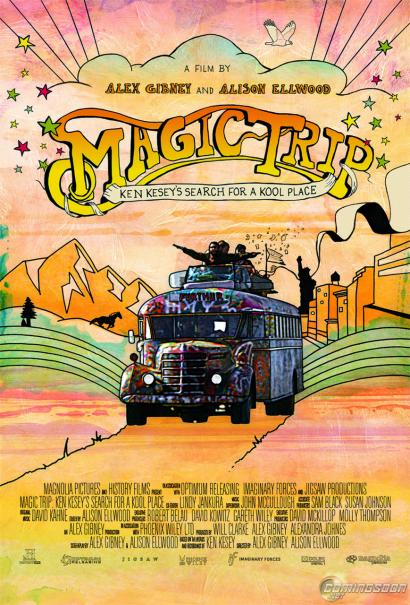 Release Date: August 5, 2011 (limited)
Studio: Magnolia Pictures
Director: Alex Gibney, Alison Ellwood
Screenwriter: Alex Gibney, Alison Ellwood
Starring: Not Available
Genre: Documentary
MPAA Rating: R (for drug content, language and some nudity)
Plot Summary: In 1964, Ken Kesey, the famed author of "One Flew Over the Cuckoo's Nest," set off on a legendary, LSD-fuelled cross-country road trip to the New York World's Fair. He was joined by "The Merry Band of Pranksters," a renegade group of counterculture truth-seekers, including Neal Cassady, the American icon immortalized in Kerouac's "On the Road," and the driver and painter of the psychedelic Magic Bus. Kesey and the Pranksters intended to make a documentary about their trip, shooting footage on 16MM, but the film was never finished and the footage has remained virtually unseen. With "Magic Trip," Gibney and Ellwood were given unprecedented access to this raw footage by the Kesey family. They worked with the Film Foundation, HISTORY and the UCLA Film Archives to restore over 100 hours of film and audiotape, and have shaped an invaluable document of this extraordinary piece of American history. 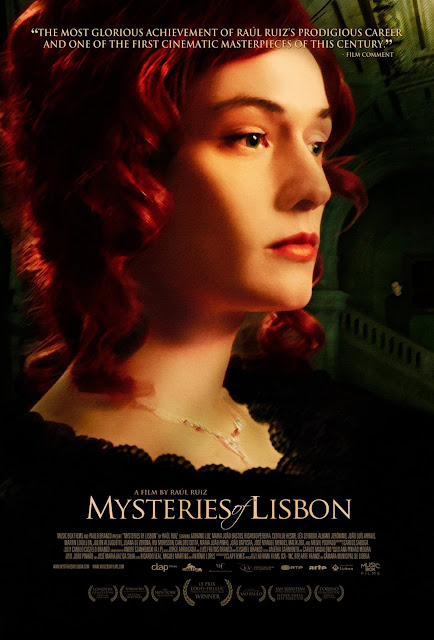 Release Date: August 5, 2011 (NY)
Studio: Music Box Films
Director: Raúl Ruiz
Screenwriter: Carlos Saboga
Starring: Adriano Luz, Maria João Bastos, Ricardo Pereira, Clotilde Hesme, Afonso Pimentel
Genre: Drama
MPAA Rating: Not Available
Plot Summary: Raul Ruiz's masterful adaptation of the eponymous nineteenth-century Portuguese novel (by Camilo Castelo Branco) evokes the complex intertwined narratives of Victor Hugo and Charles Dickens. The core story centers on Joao, the bastard child of an ill-fated romance between two members of the aristocracy who are forbidden to marry, and his quest to discover the truth of his parentage. But this is just the start of an engrossing tale that follows a multitude of characters whose fates conjoin, separate and then rejoin again over three decades in Portugal, Spain, France and Italy. 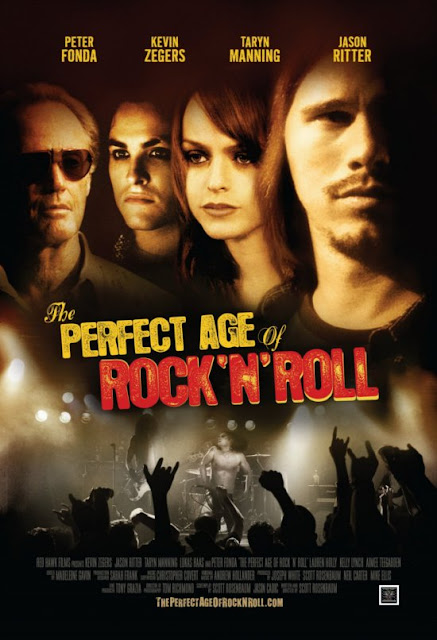 Release Date: August 5, 2011 (limited)
Studio: Red Hawk Films
Director: Scott Rosenbaum
Screenwriter: Scott Rosenbaum
Starring: Kevin Zegers, Jason Ritter, Taryn Manning Rose Atropos, Clifton Hangar
Genre: Drama, Music
MPAA Rating: Not Available
Plot Summary: Two estranged childhood friends channel their talent and passion for music into a cross-country road trip that brings them face to face with their past on a quest to confront the future.
Spyder (Kevin Zegers - "Transamerica," "Dawn of the Dead"), a world famous musician whose debut album is a huge hit, retreats to his hometown after his sophomore effort flops. There he reconnects with his former friend and collaborator, Eric Genson (Jason Ritter - "Happy Endings," "W"), now a middle school music teacher. It's a reunion that forces the two to recall their youthful ambitions and re-examine the choices they've made. Accompanied by legendary rock 'n' roll impresario August West (Peter Fonda - "Easy Rider," "Ulee's Gold"), Spyder's raucous crew of musicians, The Lost Soulz, and their fiery manager, Rose Atropos (Taryn Manning - "Hustle & Flow," "8 Mile"), set off on a journey along historic Route 66 in hopes of salvaging a long lost dream and rekindling the mojo that made Spyder's debut album a huge success.
Featuring appearances by some of the world’s greatest blues artists, a killer soundtrack, scenes of mayhem, triumph and tragedy, "The Perfect Age of Rock 'N' Roll" is an unforgettable wild ride that brings two friends closer to each other, their destiny, and the truth behind the music. 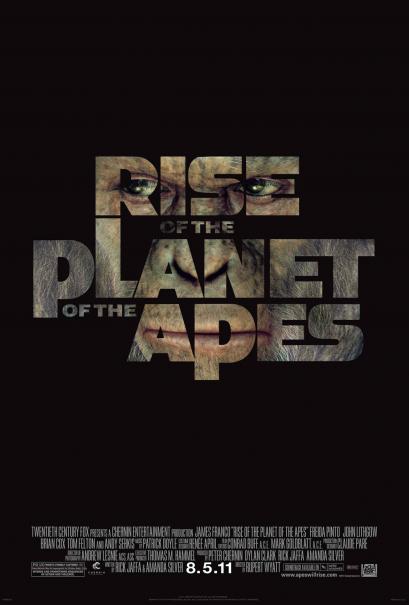 Rise of the Planet of the Apes
Release Date: August 5, 2011
Studio: 20th Century Fox
Director: Rupert Wyatt
Screenwriter: Amanda Silver, Rick Jaffa
Starring: James Franco, Freida Pinto, John Lithgow, Brian Cox, Tom Felton, David Oyelowo, Andy Serkis
Genre: Action, Adventure, Sci-Fi
MPAA Rating: PG-13 (for intense and frightening sequences of action and violence)
Plot Summary: A single act of both compassion and arrogance leads to a war unlike any other -- and to the "Rise of the Planet of the Apes." The Oscar-winning visual effects team that brought to life the worlds of "Avatar" and "Lord of the Rings" is breaking new ground, creating a CGI ape that delivers a dramatic performance of unprecedented emotion and intelligence, and epic battles on which rest the upended destinies of man and primate. 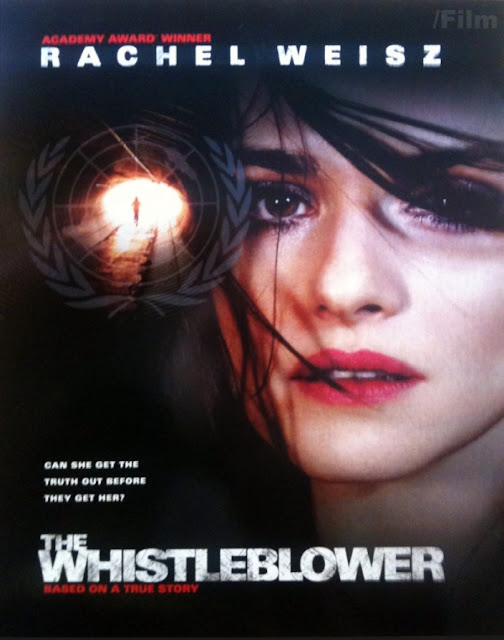