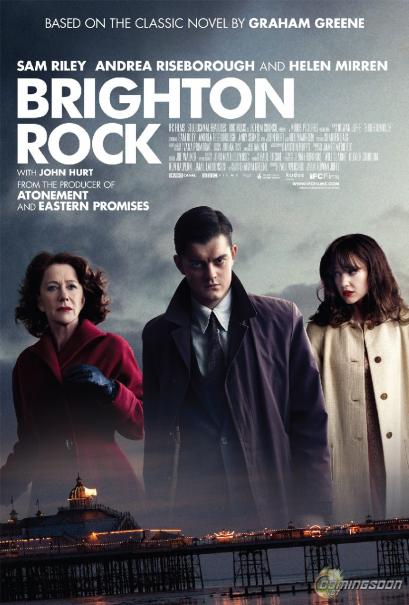 Release Date: August 26, 2011 (NY, LA)
Studio: IFC Films
Director: Rowan Joffe
Screenwriter: Rowan Joffe
Starring: Sam Riley, Andrea Riseborough, Helen Mirren, Andy Serkis, John Hurt
Genre: Drama, Thriller
MPAA Rating: Not Available
Plot Summary: With the aesthetics of a British gangster flick and the soul of classic film noir, screenwriter Rowan Joffe's debut feature "Brighton Rock" tells the story of Pinkie, an ambitious teenage gangster who will stop at nothing to make a name for himself in Britain's sinister world of organized crime. His aspirations are nearly derailed when Rose, a naïve local waitress, stumbles upon evidence linking him to a revenge killing. To keep his alibi alive, Pinkie seduces Rose, weaving a chilling web of deception and passion, violence and love. Set in the picturesque seaside resort of Brighton, England, the film updates Graham Greene's iconic 1939 novel to 1964-at the height of Britain's Mods and Rockers riots-and stars the sexy, up-and-coming British pair Sam Riley ("Control," "On the Road"), in a performance of intense cunning and charm, and Andrea Riseborough ("Made in Dagenham" and the upcoming "W.E." directed by Madonna) as the young couple. Veterans Helen Mirren and John Hurt co-star as friends who set out to protect Rose from Pinkie and the dangerous world she is quickly falling into. Rowan Jaffe's first feature is a triumph, perfectly capturing Graham Greene's violent and sexually daring masterpiece. 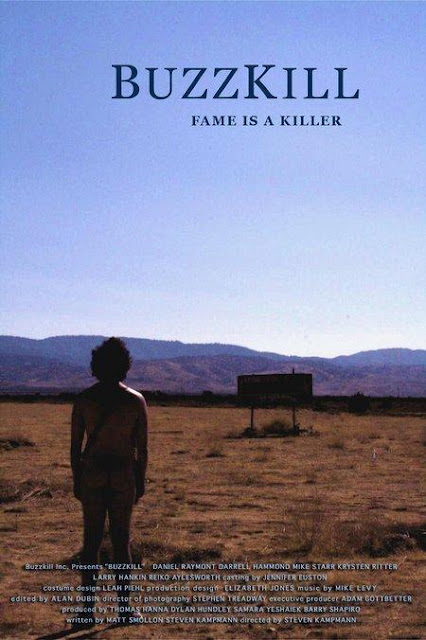 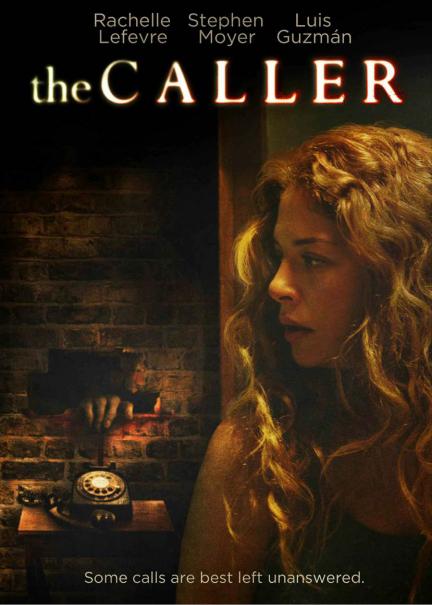 Release Date: August 26, 2011 (limited)
Studio: Samuel Goldwyn Films
Director: Matthew Parkhill
Screenwriter: Sergio Casci
Starring: Rachelle Lefevre, Stephen Moyer, Luis Guzman
Genre: Supernatural Thriller
MPAA Rating: R (for some violence/disturbing images, language and a scene of sexuality)
Plot Summary: Starring Stephen Moyer ("True Blood") and Rachelle Lefevre ("Twilight"), this supernatural thriller tells the story of troubled divorcee Mary Kee (Leferve) who is tormented by a series of sinister phone calls from a mysterious woman. When the stranger reveals she's calling from the past, Mary tries to break off contact. But the caller doesn't like being ignored, and looks for revenge in a unique and terrifying way. 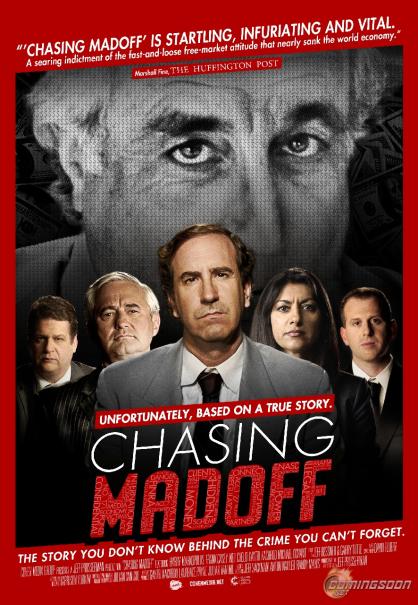 Release Date: August 26, 2011 (limited)
Studio: Cohen Media Group
Director: Jeff Prosserman
Screenwriter: Jeff Prosserman
Starring: Harry Markopolos, Frank Casey, Neil Chelo, Gaytri Kachroo, Michael Ocrant
Genre: Documentary
MPAA Rating: Not Available
Plot Summary: "Chasing Madoff" is the compelling story of Harry Markopolos and his team of investigator's ten-year struggle to expose the harrowing truth behind the infamous Madoff scandal. Throughout the decade long investigation, Markopolos pieced together a chain of white-collar predators consisting of bankers, lieutenants, and henchmen, all linked to the devastating Ponzi scheme. With risk and danger apparent, Markopolos and his loyal team relentlessly continued to pursue the frightening truth. Finding himself trapped in a web of epic deceit, the once unassuming Boston securities analyst turned vigilante investigator now feared for his life and the safety of his family, as he discovered no one would listen. 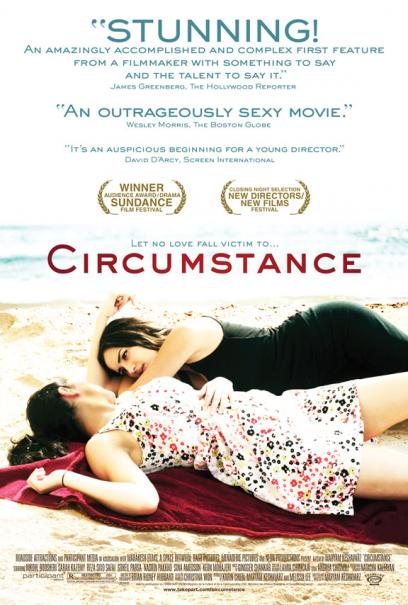 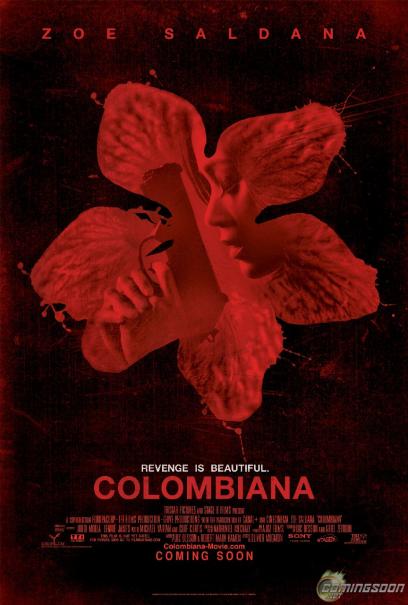 Release Date: August 26, 2011
Studio: TriStar Pictures (Sony)
Director: Olivier Megaton
Screenwriter: Luc Besson, Robert Mark Kamen
Starring: Zoe Saldana, Jordi Molla, Lennie James, Michael Vartan, Cliff Curtis
Genre: Action
MPAA Rating: Pg-13 (for violence, disturbing images, intense sequences of action, sexuality and brief strong language)
Plot Summary: In the action film "Colombiana," Zoe Saldana plays Cataleya, a young woman who has grown up to be an assassin after witnessing the murder of her parents as a child. Turning herself into a professional killer and working for her uncle, she remains focused on her ultimate goal: to hunt down and get revenge on the mobster responsible for her parents’ deaths. 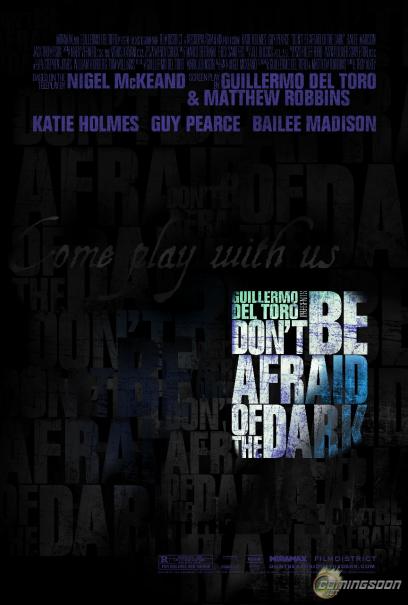 Don't Be Afraid of the Dark

Release Date: August 26, 2011
Studio: FilmDistrict
Director: Troy Nixey
Screenwriter: Guillermo del Toro, Matthew Robbins
Starring: Katie Holmes, Guy Pearce, Bailee Madison, Jack Thompson
Genre: Horror
MPAA Rating: R (for violence and terror)
Plot Summary: Guillermo del Toro presents "Don't Be Afraid of the Dark," a horror film starring Katie Holmes, Guy Pearce and Bailee Madison, directed by Troy Nixey. Based on the 1973 telefilm that del Toro believes is the scariest TV production ever made, the story follows Sally (Madison), a young girl who moves to Rhode Island to live with her father (Pearce) and his new girlfriend (Holmes) in the 19th-century mansion they are restoring. While exploring the house, Sally starts to hear voices coming from creatures in the basement whose hidden agenda is to claim her as one of their own. Akin to del Toro's "Pan's Labyrinth," "Don't Be Afraid of the Dark" focuses on a young girl's struggle against menacing and terrifying forces. 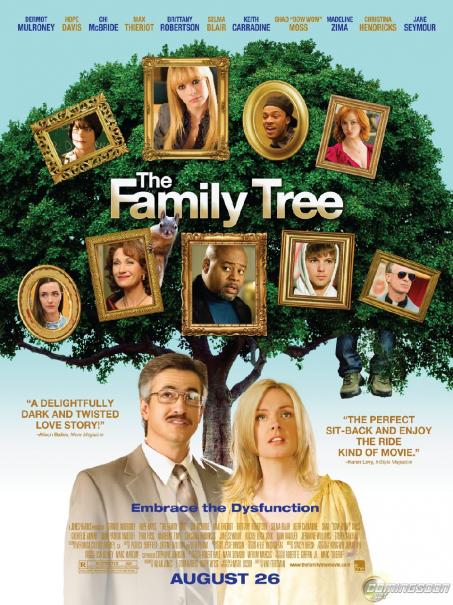 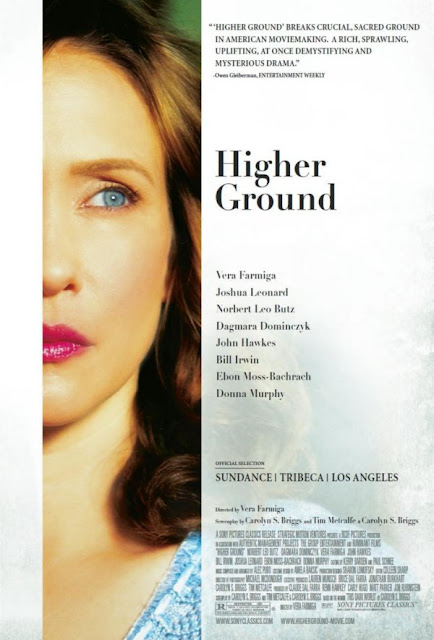 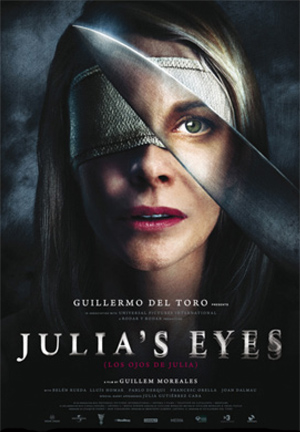 Release Date: August 26, 2011 (limited)
Studio: IFC Films
Director: Guillem Morales
Screenwriter: Guillem Morales, Oriol Paulo
Starring: Belén Rueda, Lluís Homar, Pablo Derqui, Francesc Orella, Joan Dalma, Julia Gutierrez Caba
Genre: Horror, Thriller
MPAA Rating: Not Available
Plot Summary: Julia, a woman suffering from a degenerative sight disease, finds her twin sister Sara, who has already gone blind as a result of the same disease, hanged in the basement of her house. In spite of the fact that everything points to suicide, Julia decides to investigate what she intuitively feels is a murder case, entering a dark world that seems to hide a mysterious presence. As Julia begins to uncover the terrifying truth about her sister's death, her sight deteriorates, until a series of unexplained deaths and disappearances cross her path. 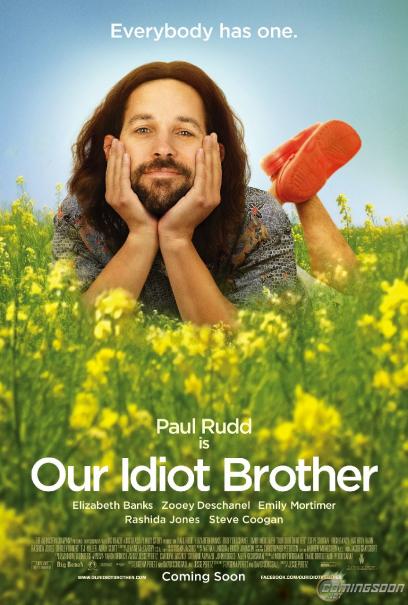 Release Date: August 26, 2011
Studio: The Weinstein Company
Director: Jesse Peretz
Screenwriter: Evgenia Peretz, David Schisgall
Starring: Paul Rudd, Elizabeth Banks, Zooey Deschanel, Emily Mortimer, Rashida Jones, Hugh Dancy, Kathryn Hahn, Shirley Knight, Janet Montgomery, Steve Coogan
Genre: Comedy
MPAA Rating: R (for sexual content including nudity, and for language throughout)
Plot Summary: Every family has one: the sibling who is always just a little bit behind the curve when it comes to getting his life together. For sisters Liz (Emily Mortimer), Miranda (Elizabeth Banks) and Natalie (Zooey Deschanel), that person is their perennially upbeat brother Ned (Paul Rudd), an erstwhile organic farmer whose willingness to rely on the honesty of mankind is a less-than-optimum strategy for a tidy, trouble-free existence. Ned may be utterly lacking in common sense, but he is their brother and so, after his girlfriend dumps him and boots him off the farm, his sisters once again come to his rescue. As Liz, Emily and Natalie each take a turn at housing Ned, their brother's unfailing commitment to honesty creates more than a few messes in their comfortable routines. But as each of their lives begins to unravel, Ned's family comes to realize that maybe, in believing and trusting the people around him, Ned isn't such an idiot after all. 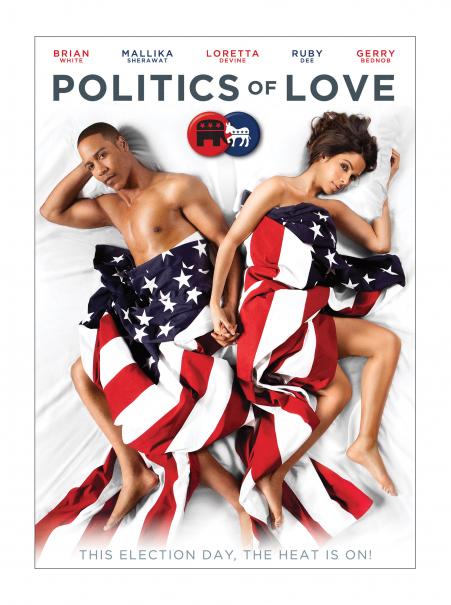 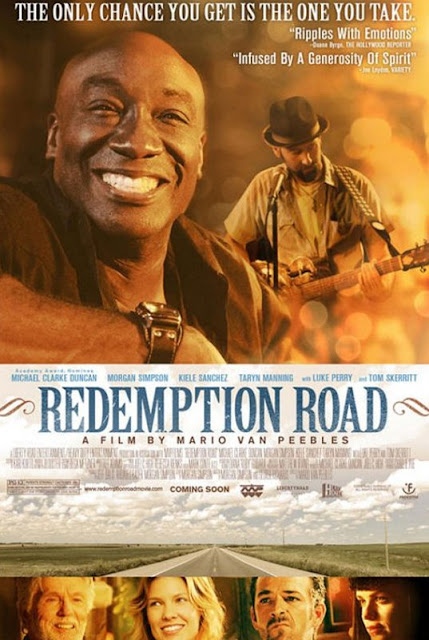 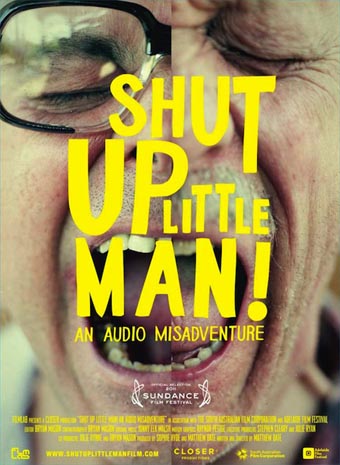 Release Date: August 26, 2011 (SF; NY release: September 16)
Studio: Tribeca Film
Director: Matthew Bate
Screenwriter: Matthew Bate
Starring: Eddie Lee Sausage, Mitch Deprey, Raymond Huffman, Peter Haskett
Genre: Documentary
MPAA Rating: Not Available
Plot Summary: In 1987, Eddie and Mitch, two young punks from the Midwest, moved into a low-rent tenement apartment in the Lower Haight district of San Francisco. Through paper-thin walls, they were informally introduced to their middle-aged alcoholic neighbors, the most unlikely of roommates—Raymond Huffman, a raging homophobe, and Peter Haskett, a flamboyant gay man. Night after night, the boys were treated to a seemingly endless stream of vodka-fueled altercations between the two and for 18 months, they hung a microphone from their kitchen window to chronicle the bizarre and violent relationship between their insane neighbors. Oftentimes nonsensical and always vitriolic, the diatribes of Peter and Ray were an audio goldmine just begging to be recorded and passed around on the underground tape market. Their tapes went on to inspire a cult following, spawning sell-out CD's, comic artworks by Dan Clowes ("Ghostworld"), stage-plays, music from the likes of Devo and a Hollywood feeding frenzy. 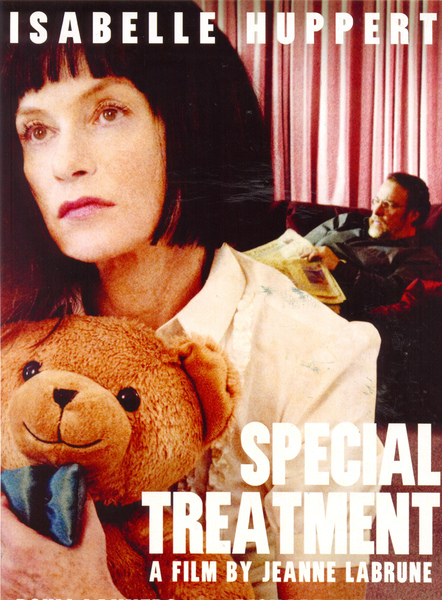 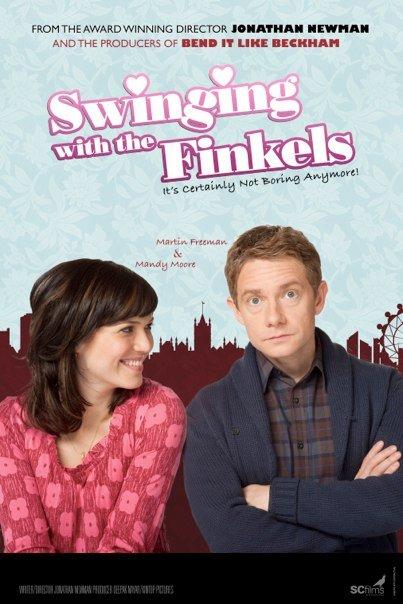 Swinging with the Finkels

Release Date: August 26, 2011 (limited)
Studio: Freestyle Releasing
Director: Jonathan Newman
Screenwriter: Jonathan Newman
Starring: Martin Freeman, Mandy Moore, Jonathan Silverman, Melissa George, Angus Deayton, Paul Chowdhry, Daisy Beaumont, Jerry Stiller
Genre: Comedy
MPAA Rating: Not Available
Plot Summary: "Swinging with the Finkels" is the story of what happens after the honeymoon ends and couples get bored with married life.
Having met at University, American born Ellie (Mandy Moore) and her husband Alvin (Martin Freeman) are several years into their marriage. The heady sparks of lust and fun have sadly faded and they’re left with the day to day normality of their everyday life.
Advised by best friends Peter (Jonathan Silverman) and Janet (Melissa George), who are having their own marital problems, Ellie and Alvin are desperate to 'spice things up'.
Having explored various options, including an unfortunate incident with a cucumber as witnessed by Ellie's Grandfather (played by comedy legend Jerry Stiller), Ellie hits upon the brilliant idea to mix things up with another couple - to have a 'consensual affair' within the confines of the marriage.
The couple embarks on finding the ideal couple and begins to interview a plethora of perverse and quirky swingers. They finally settle on what seem to be the perfect couple - played by the well known UK media personality Angus Deayton and the hilarious Daisy Beaumont. A night of insanity and hilarity follow.
Filled with brilliantly observed truths about men and woman, and some side achingly funny set pieces, "Swinging with the Finkels" is a romantic comedy with a unique edge that anyone that has ever been in a relationship will relate to.