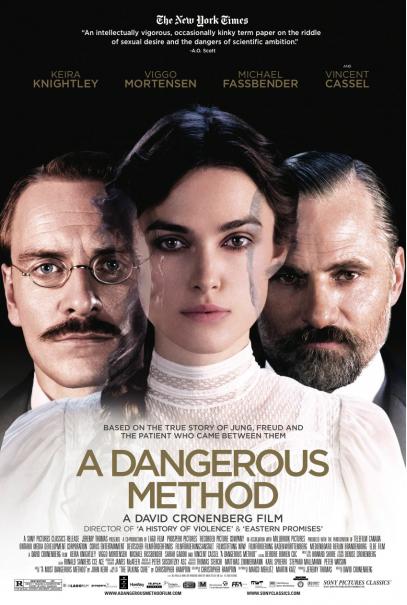 Release Date: November 23, 2011 (NY, LA)
Studio: Sony Pictures Classics
Director: David Cronenberg
Screenwriter: Christopher Hampton
Starring: Keira Knightley, Viggo Mortenson, Michael Fassbender, Vincent Cassel
Genre: Drama
MPAA Rating: R (for sexual content and brief language)
Plot Summary: On the eve of World War I, Zurich and Vienna are the setting for a dark tale of sexual and intellectual discovery. Drawn from true-life events, "A Dangerous Method" takes a glimpse into the turbulent relationships between fledgling psychiatrist Carl Jung, his mentor Sigmund Freud and Sabina Spielrein, the troubled but beautiful young woman who comes between them. Into the mix comes Otto Gross, a debauched patient who is determined to push the boundaries. In this exploration of sensuality, ambition and deceit set the scene for the pivotal moment when Jung, Freud and Sabina come together and split apart, forever changing the face of modern thought. 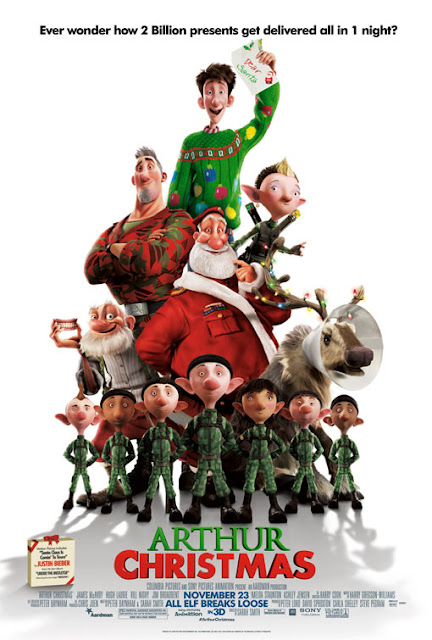 Release Date: November 23, 2011 (3D/2D theaters)
Studio: Sony Pictures Animation
Director: Sarah Smith, Barry Cook
Screenwriter: Peter Baynham, Sarah Smith
Starring: James McAvoy, Hugh Laurie, Jim Broadbent, Bill Nighy, Imelda Staunton, Ashley Jensen
Genre: Animation, Comedy, Family
MPAA Rating: PG (for some mild rude humor)
Plot Summary: Set on Christmas night, the story of Arthur Christmas at last reveals the incredible, never-before seen answer to every child's question: 'So how does Santa deliver all those presents in one night?' The answer: Santa's exhilarating, ultra-high-tech operation hidden beneath the North Pole. But at the heart of the film is a story with the ingredients of a Christmas classic – a family in a state of comic dysfunction and an unlikely hero, Arthur, with an urgent mission that must be completed before Christmas morning dawns.
McAvoy leads the cast as Arthur, the good-natured but clumsy younger son of Santa. Arthur LOVES everything to do with Christmas; indeed, he is the only one in his family still captivated by the magic of the holiday. Laurie will play Arthur's older brother Steve, heir to the reins, a cool, incredibly capable guy who has given the North Pole high-tech efficiency, military-style precision. Broadbent plays Santa, who pictures himself as the guy in charge at the North Pole, but is now more of a figurehead as the operation has outgrown him. Nighy plays Santa's 136-year-old father, Grandsanta, a cranky old codger who hates the modern world, is always grumbling that Christmas 'was better when I was Santa' and has a tense relationship with Steve, who he calls 'A postman with a spaceship.' Jensen will play Bryony, a lowly elf from the Giftwrap Battalion, with an eager-to-please attitude and an obsession with wrapping and bows. Imelda Staunton rounds out the cast as Mrs. Santa, dedicated wife and mother to her husband and sons. 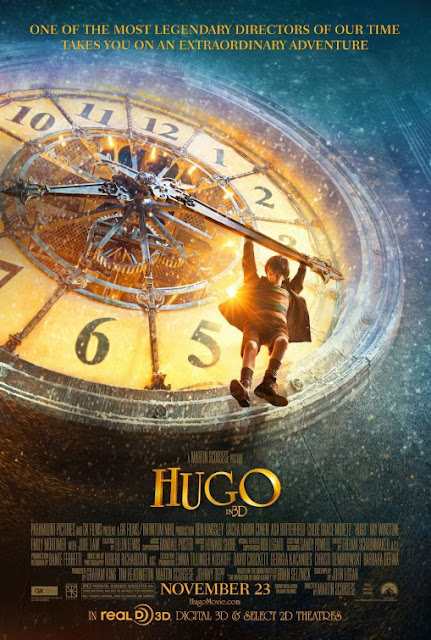 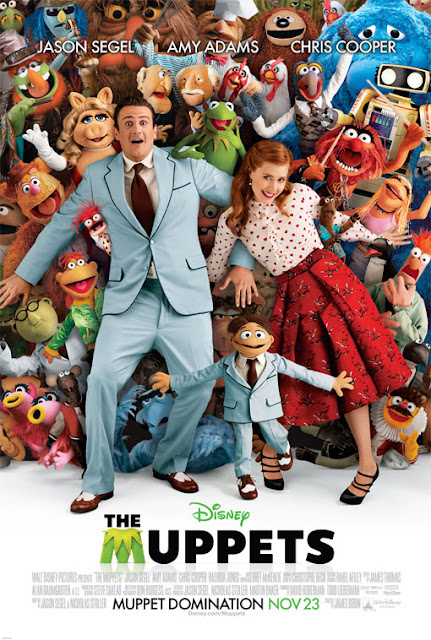 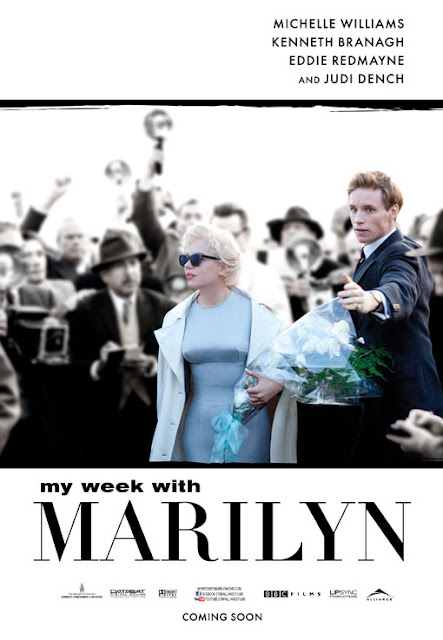 My Week with Marilyn

Release Date: November 23, 2011 (limited)
Studio: The Weinstein Company
Director: Simon Curtis
Screenwriter: Adrian Hodges
Starring: Michelle Williams, Eddie Redmayne, Kenneth Branagh, Judi Dench, Julia Ormond, Dougray Scott, Zoe Wanamaker, Emma Watson, Toby Jones, Philip Jackson, Geraldine Somerville, Derek Jacobi, Simon Russell Beale, Dominic Cooper
Genre: Biography, Drama
MPAA Rating: R (for some language)
Plot Summary: In the early summer of 1956, 23 year-old Colin Clark (Eddie Redmayne), just down from Oxford and determined to make his way in the film business, worked as a lowly assistant on the set of "The Prince and the Showgirl." The film that famously united Sir Laurence Olivier (Kenneth Branagh) and Marilyn Monroe (Michelle Williams), who was also on honeymoon with her new husband, the playwright Aurthur Miller (Dougray Scott).
Nearly 40 years on, his diary account "The Prince, the Showgirl and Me" was published, but one week was missing and this was published some years later as "My Week with Marilyn" – this is the story of that week. When Arthur Miller leaves England, the coast is clear for Colin to introduce Marilyn to some of the pleasures of British life; an idyllic week in which he escorted a Monroe desperate to get away from her retinue of Hollywood hangers-on and the pressures of work.
By: Mass