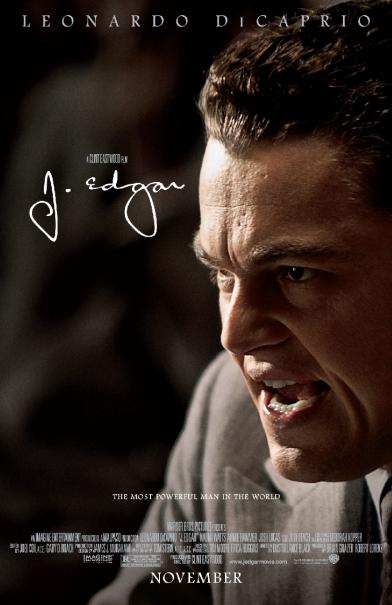 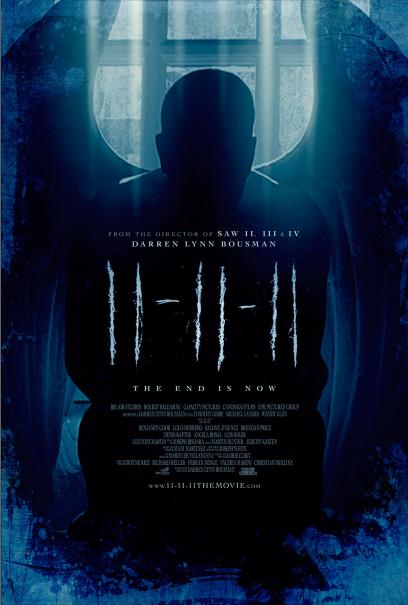 Release Date: November 11, 2011 (limited)
Studio: Rocket Releasing, Big Air Studios
Director: Darren Lynn Bousman
Screenwriter: Darren Lynn Bousman
Starring: Timothy Gibbs, Michael Landes, Wendy Glenn, Lluis Soler, Ángela Rosal, Brendan Price, Salome Jimenez, Benjamin Cook
Genre: Horror
MPAA Rating: Not Available
Plot Summary: After the tragic death of his wife and child, famed American author Joseph Crone travels from the United States to Barcelona, Spain to reunite with his enstranged brother Samuel and dying father, Richard. However, fate has a different plan for Joseph as his life becomes plagued with strange happenings, and the constant sightings of the number 11. Curiosity quickly turns to obsession, and Joseph soon realizes that this number holds a horrific meaning not only to himself but possibly to all of religion. Isolated in a foreign country with only the support of his companion, Sadie, Joseph soon realizes that 11/11/11 is more than just a date, it's a WARNING! 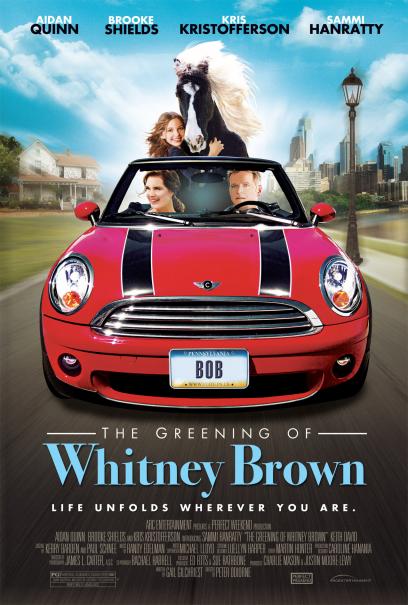 The Greening of Whitney Brown

Release Date: November 11, 2011 (NY, LA, limited)
Studio: Arc Entertainment
Director: Peter Skillman Odiome
Screenwriter: Gail Gilchriest
Starring: Brook Shields, Sammi Hanratty, Aidan Quinn, Kris Kristofferson
Genre: Adventure
MPAA Rating: PG (for brief mild language)
Plot Summary: Whitney Brown, a spoiled pre-teen from Philadelphia, is forced to move to the country when her parents feel the squeeze of economic hard times. A fish out of water, far from her comfort zone, she befriends an amazing horse, and undertakes a misguided journey back to her old life, only to discover that her family is her home. 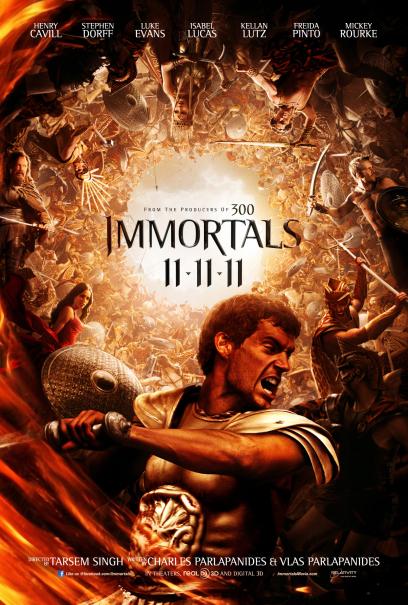 Release Date: November 11, 2011 (3D/2D theaters)
Studio: Relativity Media
Director: Tarsem Singh
Screenwriter: Charles Parlapanides, Vlas Parlapanides
Starring: Henry Cavill, Stephen Dorff, Isabel Lucas, Freida Pinto, Luke Evans, Kellan Lutz, John Hurt, Mickey Rourke
Genre: Action, Adventure, Drama, Fantasy
MPAA Rating: R (for sequences of strong bloody violence, and a scene of sexuality)
Plot Summary: Visionary director Tarsem Singh ("The Cell," "The Fall") and producers Gianni Nunnari ("300"), Mark Canton ("300") and Ryan Kavanaugh ("The Fighter") unleash an epic tale of treachery, vengeance and destiny in "Immortals," a stylish and spectacular 3D adventure. As a power-mad king razes ancient Greece in search of a legendary weapon, a heroic young villager rises up against him in a thrilling quest as timeless as it is powerful.
The brutal and bloodthirsty King Hyperion (Mickey Rourke) and his murderous Heraklion army are rampaging across Greece in search of the long lost Bow of Epirus. With the invincible Bow, the king will be able to overthrow the Gods of Olympus and become the undisputed master of his world. With ruthless efficiency, Hyperion and his legions destroy everything in their wake, and it seems nothing will stop the evil king's mission.
As village after village is obliterated, a stonemason named Theseus (Henry Cavill) vows to avenge the death of his mother in one of Hyperion’s raids. When Theseus meets the Sybelline Oracle, Phaedra (Freida Pinto), her disturbing visions of the young man’s future convince her that he is the key to stopping the destruction. With her help, Theseus assembles a small band of followers and embraces his destiny in a final desperate battle for the future of humanity. 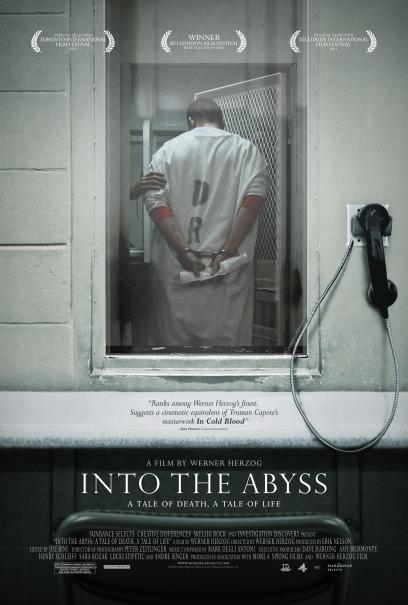 Release Date: November 11, 2011 (limited)
Studio: IFC Films
Director: Werner Herzog
Screenwriter: Not Available
Starring: Not Available
Genre: Documentary
MPAA Rating: PG-13 (for mature thematic material and some disturbing images)
Plot Summary: In his fascinating exploration of a triple homicide case in Conroe, Texas, master filmmaker Werner Herzog ("Cave of Forgotten Dreams," "Grizzly Man") probes the human psyche to explore why people kill-and why a state kills. In intimate conversations with those involved, including 28-year-old death row inmate Michael Perry (scheduled to die within eight days of appearing on-screen), Herzog achieves what he describes as "a gaze into the abyss of the human soul." Herzog's inquiries also extend to the families of the victims and perpetrators as well as a state executioner and pastor who've been with death row prisoners as they've taken their final breaths. As he's so often done before, Herzog's investigation unveils layers of humanity, making an enlightening trip out of ominous territory. 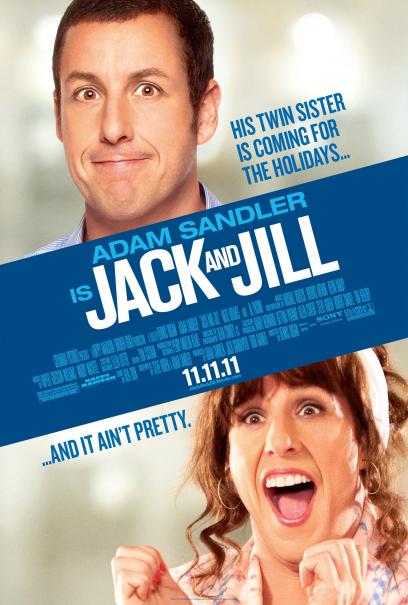 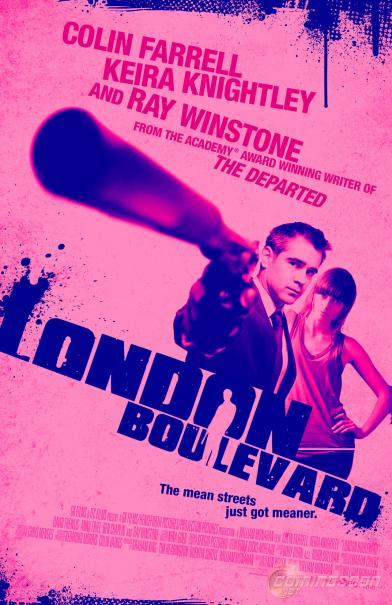 Release Date: November 11, 2011 (limited)
Studio: IFC Films
Director: William Monahan
Screenwriter: William Monahan
Starring: Keira Knightley, Colin Farrell, Ray Winstone, David Thewlis, Anna Friel, Ben Chaplin, Stephen Graham
Genre: Drama, Thriller
MPAA Rating: Not Available
Plot Summary: The directorial debut from Oscar-winning screenwriter of "The Departed," William Monahan, "London Boulevard" stars Colin Farrell and Keira Knightley in a stylish gangster thriller about star-crossed lovers who run afoul of one of London's most vicious crime bosses.
After three years behind bars, Mitchel (Colin Farrell) emerges from Pentonville Prison with good intentions. But when his old friend Billy (Ben Chaplin), a low-level gangster who's looking for backup on a job, meets him upon release, Mitchel joins him in exchange for a place to live. While entangled in the past, Mitchel becomes involved with Charlotte (Keira Knightley), a movie star holed up in a Holland Park mansion against the paparazzi. Touched by her beauty and vulnerability, he quickly falls into the role of protector, fending off aggressive reporters and stalkers, as well as Billy's ploy to rob the house of its expensive art and vintage cars.
As the attraction between them grows and their relationship deepens, Mitchel and Charlotte make plans to start anew in Los Angeles. But Mitchel has already caught the eye of powerful and ruthless mob boss Gant (Ray Winstone), who sees him as a potentially valuable asset to his business. When Mitchel rebuffs a lucrative job offer, Gant sets out to ensnare him in a violent web of extortion and murder. As Gant's tactics become increasingly vicious and deadly, it becomes clear he would rather see the younger man dead than free. Knowing no one close to him is safe from Gant's wrath, including Charlotte and his troubled sister Briony (Anna Friel), Mitchel decides to take a drastic move to settle things between them once and for all. 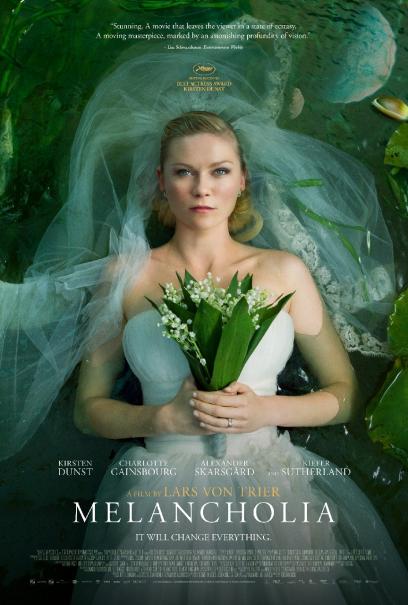