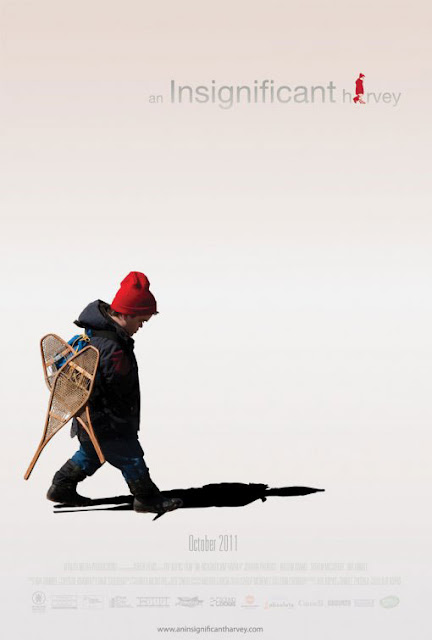 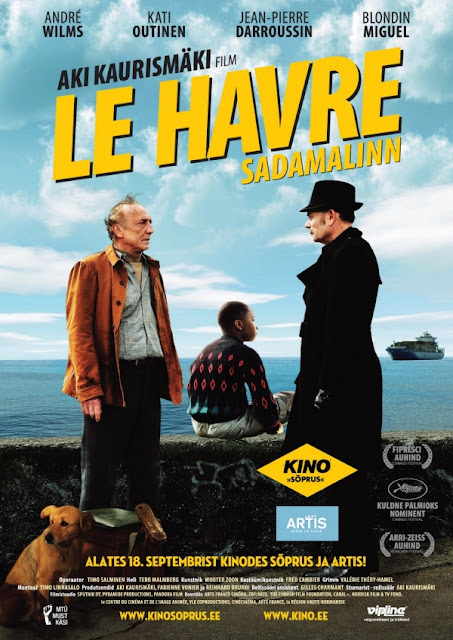 LE HAVRE
release date: Friday November 4, 2011
genre: Drama
running time: 93 min.
director: Aki Kaurismäki
studio: FilmsWeLike
producer(s): Aki Kaurismäki
screenplay: Aki Kaurismäki
cast: André Wilms, Kati Outinen, Blondin Miguel
Le Havre Movie Synopsis: Marcel Marx, a former author and a well-known Bohemian, has retreated into a voluntary exile in the port city of Le Havre, where he feels he has reached a closer rapport with the people serving them in the occupation of the honorable, but not too profitable, of a shoe-shiner. He has buried his dreams of a literary breakthrough and lives happily within the triangle of his favourite bar, his work, and his wife Arletty, when fate suddenly throws an underage immigrant refugee from Africa into his path.
As Arletty at the same time gets seriously ill and is bedridden, Marcel once more has to rise against the cold wall of human indifference with his only weapon—that of innate optimism and the unwavering solidarity of the people of his quartier—but against him stands the police, whom moment by moment are drawing closer to the refugee boy in order to deport him. 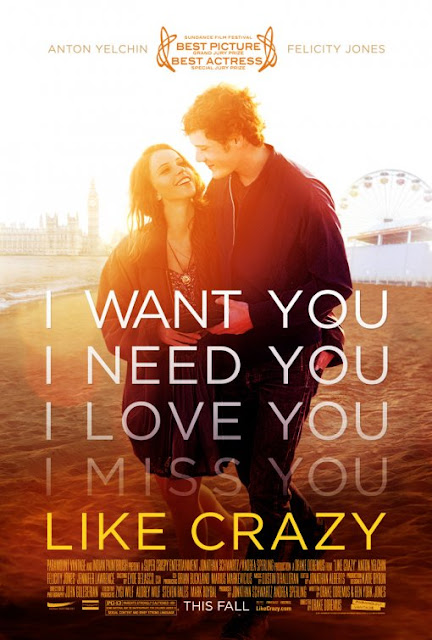 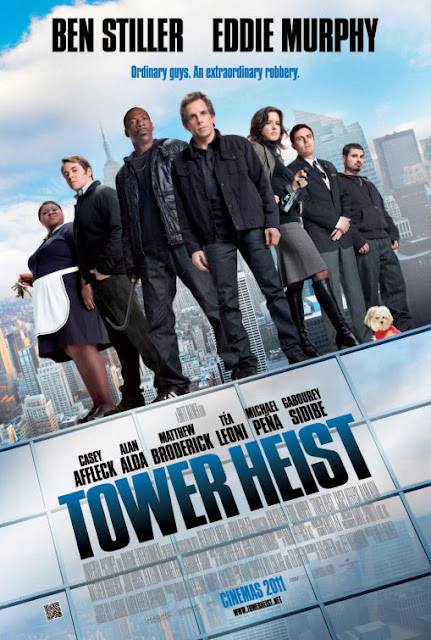 release date: Friday November 4, 2011
genre: Comedy
director: Brett Ratner
studio: Universal Pictures
producer(s): Brian Grazer
screenplay: Ted Griffin, Jeff Nathanson
cast: Ben Stiller, Eddie Murphy, Casey Affleck, Alan Alda,Matthew Broderick, Téa Leoni, Michael Peña,Gabourey Sidibe
Tower Heist Movie Synopsis: Queens native Josh Kovacs (Stiller) has managed one of the most luxurious and well-secured residences in New York City for more than a decade. Under his watchful eye, nothing goes undetected. In the swankiest unit atop Josh's building, Wall Street titan Arthur Shaw (Alan Alda) is under house arrest after being caught stealing two billion from his investors. The hardest hit among those he defrauded? The tower staffers whose pensions he was entrusted to manage.
With only days before Arthur gets away with the perfect crime, Josh's crew turns to petty crook Slide (Murphy) to plan the nearly impossible... to steal what they are sure is hidden in Arthur's guarded condo. Though amateurs, these rookie thieves know the building better than anyone. Turns out they've been casing the place for years, they just didn't know it. 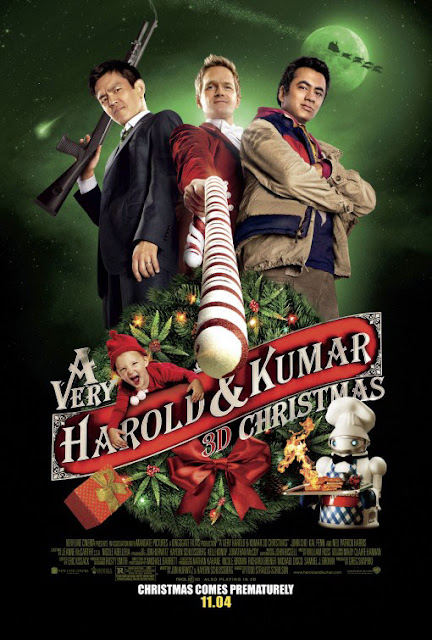 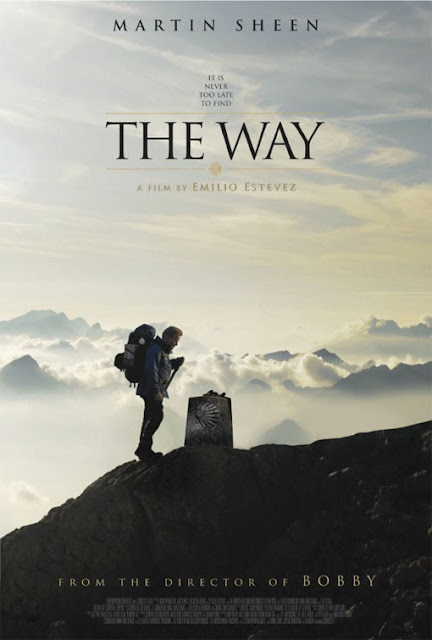