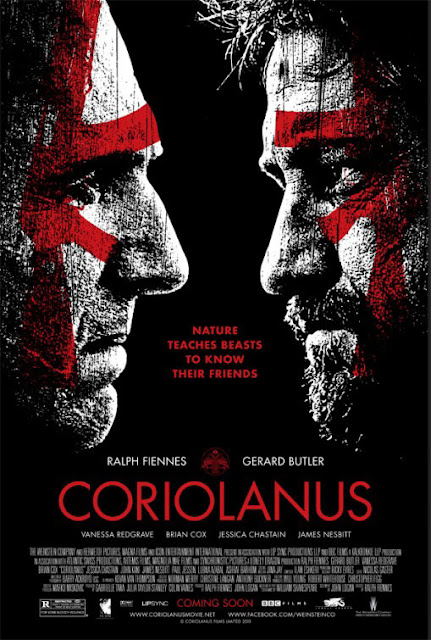 Rate Movie User Reviews
Coriolanus Movie Synopsis: Pushed by his controlling and ambitious mother Volumnia (Vanessa Redgrave) to obtain a highly regarded, powerful position as Consul, Caius Martius 'Coriolanus' (Ralph Fiennes), a domineering Roman General, hates the idea of having to ingratiate himself with the public, whose votes he will need to secure the office.
When it becomes clear that the people of Rome do not want to support him, Coriolanus allows his anger to get the better of him, causing a riot that winds up with him being banished from Rome. He joins forces with Tullus Aufidius (Gerard Butler), who was once his sworn enemy, to take revenge. 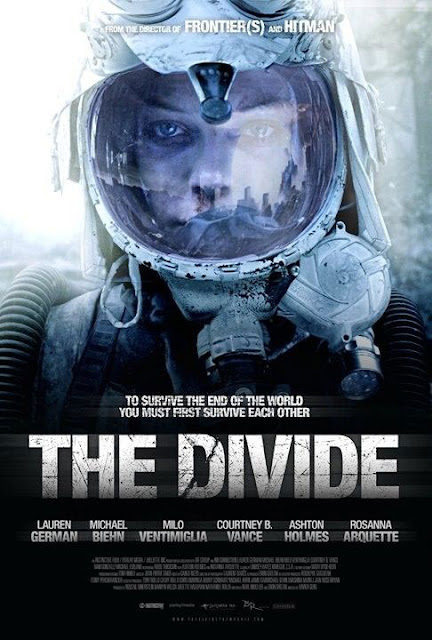 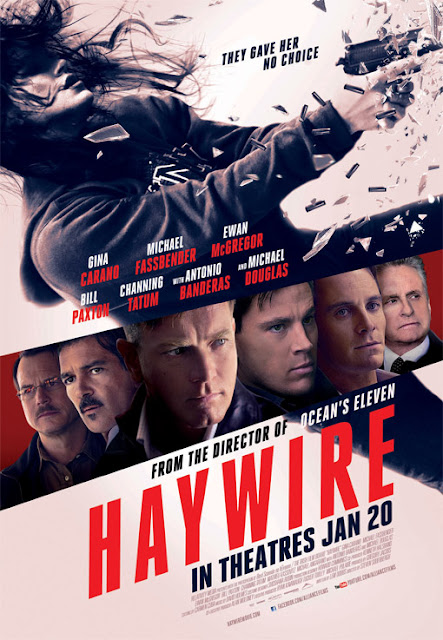 Rate Movie User Reviews
Haywire Movie Synopsis: Hired out by a contractor to various global entities, Mallory Kane (Gina Carano) is a highly trained operative who takes on dangerous assignments that governments can't authorize.
Following a successful mission to free a journalist held hostage in Barcelona, Mallory travels to Dublin on her next assignment. While there, she's double crossed and left for dead by a member of her own agency. Having survived the attack, Mallory realizes she's the target of skilled assassins and she needs to make use of every skill she has in order to stay alive, while trying to find out the reason behind her attempted assassination. 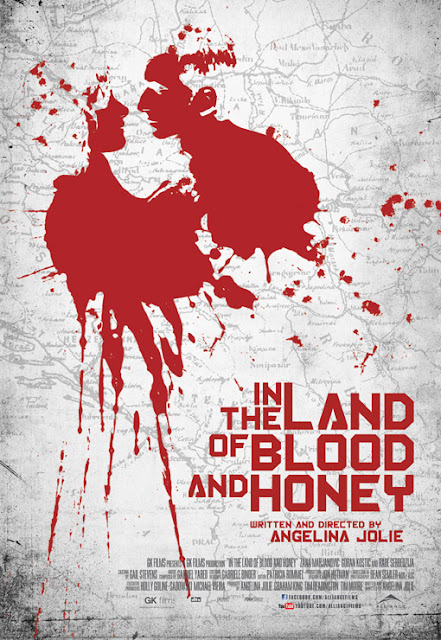 Rate Movie User Reviews
In The Land Of Blood And Honey Movie Synopsis: During the Bosnian War in the 1990s, Danijel (Goran Kostic), a young Serbian soldier, discovers Ajla (Zana Marjanovic), a Bosnian girl, is being held prisoner. The two knew each other before the conflict began and came close to falling in love. But as the war takes an effect on their lives, their relationship changes. 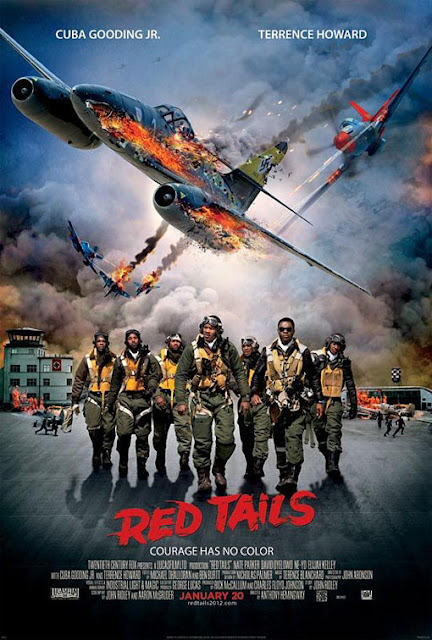 Rate Movie User Reviews
Red Tails Movie Synopsis: As World War II rages, the black pilots of the experimental Tuskegee training program have to fight racial discrimination within the military. Ace airman Martin "Easy" Julian (Nate Parker) and his black pilots back at base are left with little to do but perfect their flying skills, while white airmen are shipped out after just three months of training.
Considered inferior, the Tuskegee airmen are assigned second-rate planes and missions, as the war takes a harsh toll on the Allied forces. Just as the program is about to be shut down and the men shipped back home, Pentagon brass realize they have no choice but to rethink their stance. Colonel A.J. Bullard (Terrence Howard) steps in to give them a chance to prove their mettle high above.
They're assigned the task of providing safe escort to bombers in broad daylight—a mission so dangerous that the RAF refused it, while white fighter groups have sustained substantial losses. Against all the odds the young airmen take to the skies on a heroic mission to combat not only the enemy, but the discrimination that kept them down for so long. 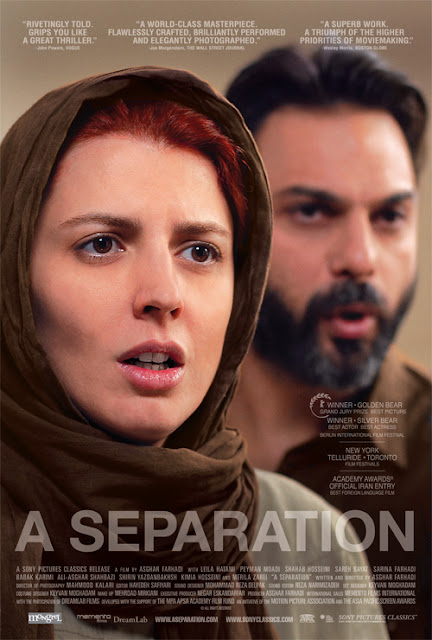 Rate Movie User Reviews
A Separation Movie Synopsis: There is one thing Nader (Peyman Moaadi) and his wife Simin (Leila Hatami) will never agree on. Simin dreams of leaving abroad where they can provide a better future for their only daughter, Termeh. But Nader feels his duty lies at home, where he can care for his sick father (Ali-Asghar Shahbazi). Refusing to settle for a mediocre life, Simin is determined to take her daughter and leave the country even if it means leaving her husband behind. 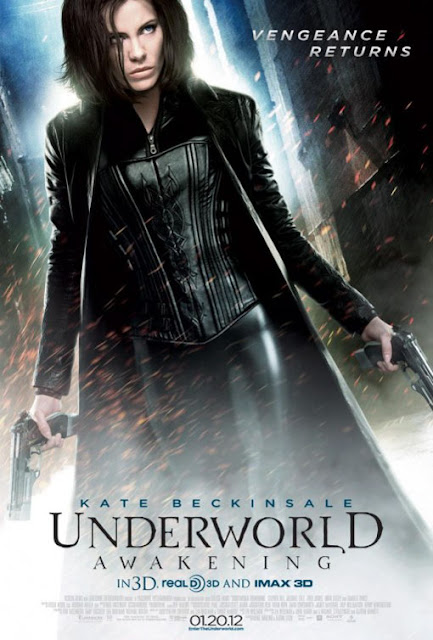 Rate Movie User Reviews
Underworld Awakening Movie Synopsis: Vampire warrioress Selene (Kate Beckinsale) has been held captive by humans for the past twelve years but upon escaping, she finds herself in a strikingly different world from the one she left. Humans have discovered the existence of vampires and lycans and are engaging in a vengeful mission to eradicate all traces of both immortal species. Selene must now lead her people in the epic battle against humankind. 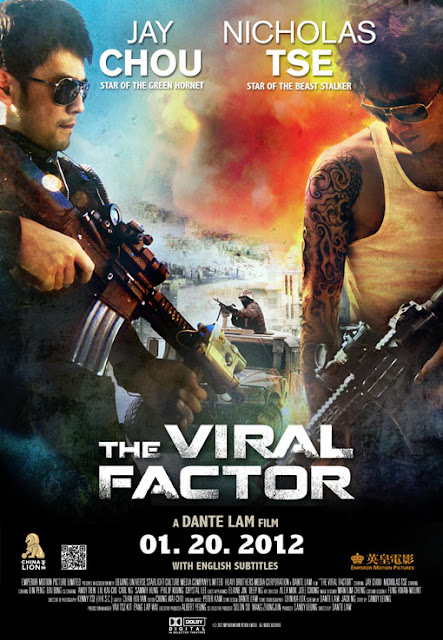 THE VIRAL FACTOR
release date: Friday January 20, 2012
genre: Action
running time: 122 min.
director: Dante Lam
studio: China Lion Film Distribution
producer(s): Solon So, Albert Lee, Wang Zhonglei, Candy Leung
screenplay: Dante Lam, Jack Ng
cast: Jay Chou, Nicolas Tse, Lin Peng, Bai Bing, Andy Tien
Not yet Rated. Rate Movie
The Viral Factor Movie Synopsis: International Security Affairs agent Jon (Jay Chou) is on a dangerous mission to escort a criminal scientist to another country. En route, a member of his team turns out to be a traitor and shoots Jon in the head while kidnapping the scientist.
When Jon wakes up in the hospital, a doctor tells him that within weeks, the bullet in his brain will cause complete paralysis. Jon returns to Beijing to see his mother, who confesses that Jon has a brother in Malaysia who was raised by his father, a gambler.
Jon takes a flight to Malaysia to find his brother, Yeung. On the plane he forms a bond with Dr. Kan, who promises to look into possible treatments for his condition. However, when they arrive, Yeung tries to kidnap the doctor and when Jon intervenes, he's also taken hostage. The two soon realize they're brothers, and decide to work together in order to keep the criminals behind the kidnappings from reinfecting the world of a disease long thought cured.
By: Mass