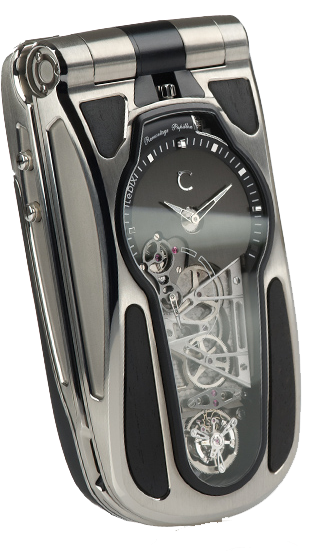 Move over Apple, HTC, Samsung,Motorola, Nokia and Microsoft. When it comes to luxury mobile phones Celsius X VI II reigns supreme. I'm guessing most people haven't heard of Celsius X VI II or their LeDIX line of mobile phones, and that's probably because only 18 LeDIX Origine, 28 LeDIX Veloce, and 24 LeDIX Furtif were ever made and they retail for about a quarter of a million euro, that's about $325,000 Canadian dollars.
I know what many of you are thinking 'Who in their right mind would pay that kind of money for a mobile phone.' Well I guess you just have to see how remarkably beautiful these mobile phones are.
Besides these amazing phones, Celcius X VI II also makes some great accessories, check them out here.

By: Mass
Via -Luxatic