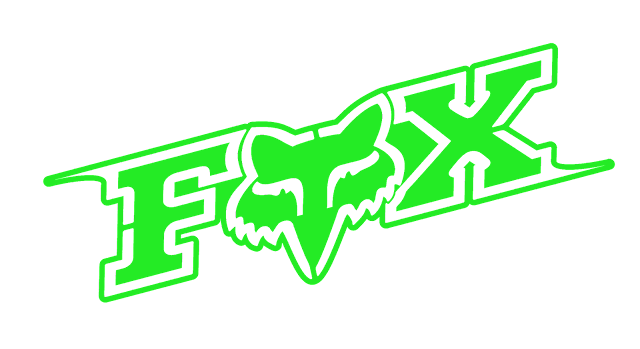 Growing up I was fortunate to have a father who wasn't afraid to throw their child on a motorcycle and let them go. This must have been where my fascination for adrenaline began. During my youth it seemed like we were out every other weekend camping, fishing, and most importantly dirt biking (which is what moto-cross used to be called). One of the leading makers of MX apparel during those early years was Fox Racing, and I've always had an infinity towards this brand.
As we grow up things change, and my desire to camp, fish, and dirt bike was replaced by other sports and activities. As an avid BMX-Flatland/Vert and Mountain Bike rider I continued seeking the elusive adrenaline rush all the while staying safe by wearing  apparel and gear from a various manufacturers. Recently Fox Racing has expanded their product line into other sport genres (like BMX and MTB), and I've slowly gone back to the name I've always known and trusted.
Recently my faith in Fox Racing was tested, and they came through with flying colours. It started back in October of 2012, when I bought a new Fox Transition helmet. I had just built myself a black and green single speed MTB and the green Fox Transition helmet would match nicely. As many of you know I live in Vancouver, and it rains...alot, so I didn't spend much time in my helmet. Well the weather has been great for the last few weeks, and I've been out riding as often as possible. Last week however I realized my new helmet was cracked. There is a rivet that holds the chin straps onto the helmet, and the plastic around the rivet was cracked, nothing major but still it was cracked. Now I have to be honest, I was a little disappointed as I assumed I'd have to ride the rest of my summer, with another not so cool looking helmet. I was also a little shocked that a Fox Racing product had sustained damage from virtually no use.
Now I was already upset because my helmet was broken, but it wasn't the end of the world, I'll just buy another one, but that wasn't the case. The on-line retailer I purchased my helmet from no longer stocked the green helmet. 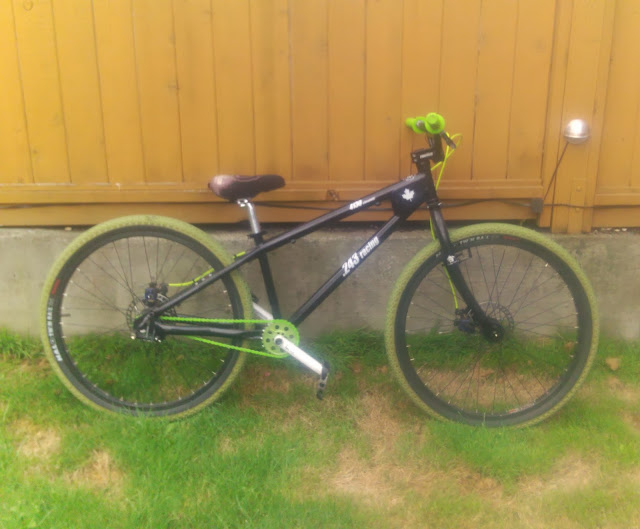 So I decided to send an email to customer support at Fox Racing, to see if maybe they would be able to find me a green Fox Transition helmet. I explained what had happened and that I really wanted the green and that I could no longer find it. I received an email the next day from J, a Fox Racing customer service representative. He asked if I could email him a picture of my cracked helmet, which I did. He then replied to my pictures asking for my address and that he was sending me a new green Fox Transition helmet. 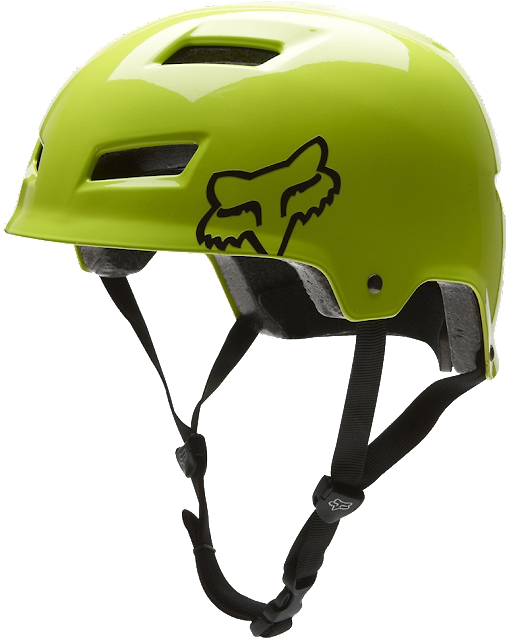 Wow that's so cool, but it gets better, the next day Purlolator is at my door dropping off my helmet. Looks like I'll be out riding, in style, thanks to J and the good folks at Fox Racing.