December 22, at 7pm, the Servants Of Hope held their 9th Annual Feeding the Homeless event at Pigeon Park (Vancouver). This was my first year attending, and while I didn't get as hands on as I had intended, the overall experience was just as rewarding. I managed to interact with some great volunteers, and took a few pictures, Have a look... 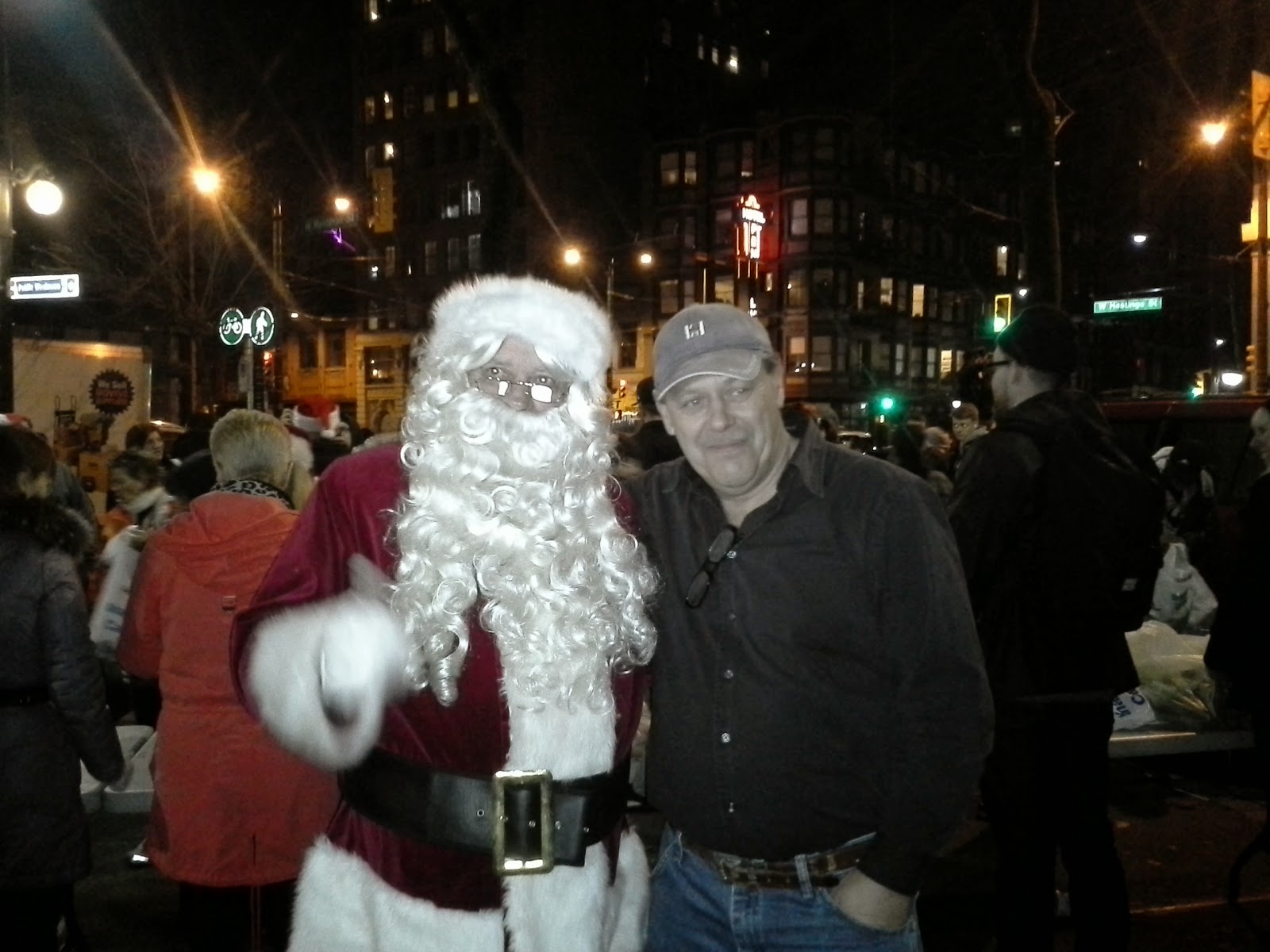 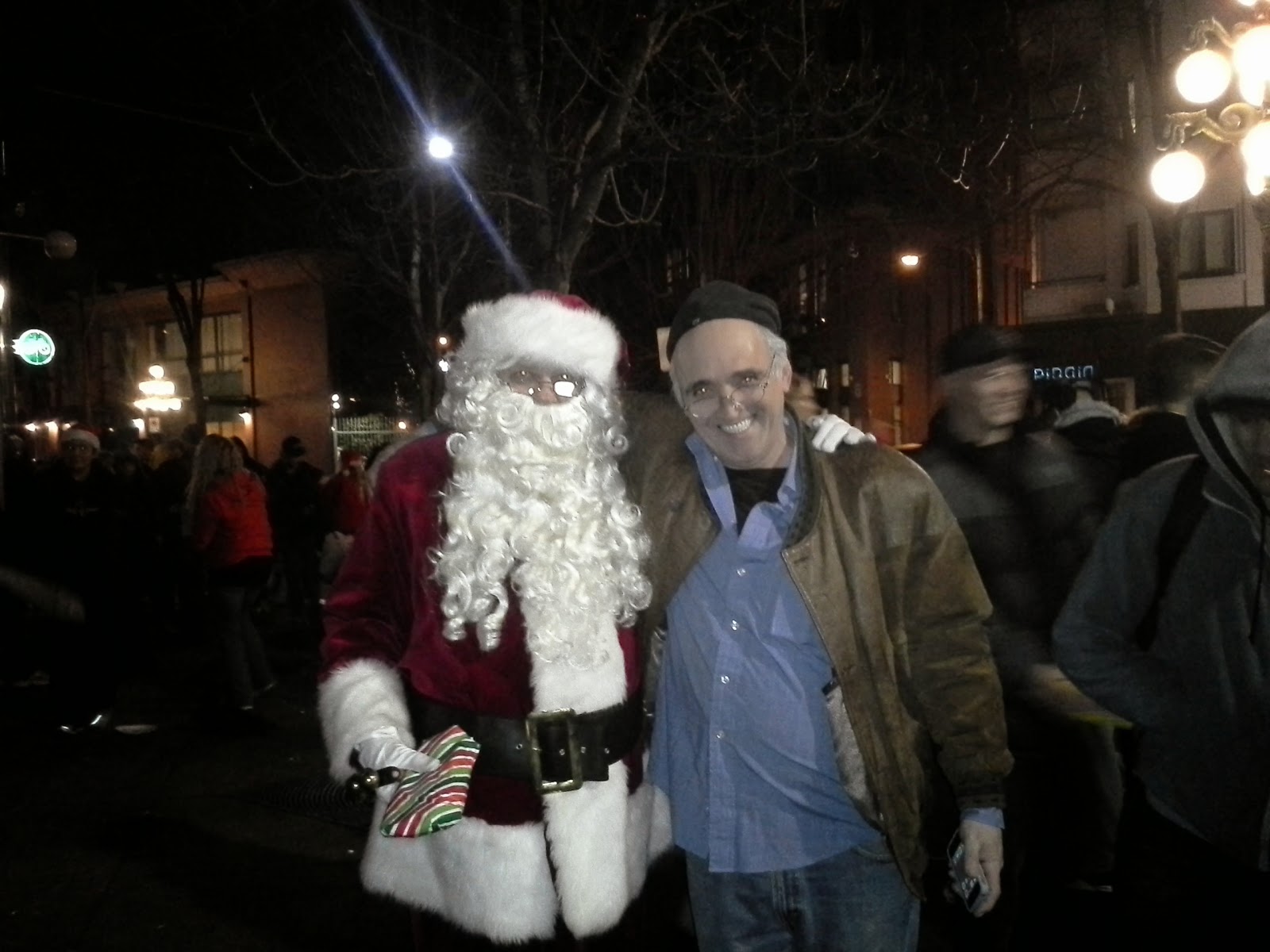 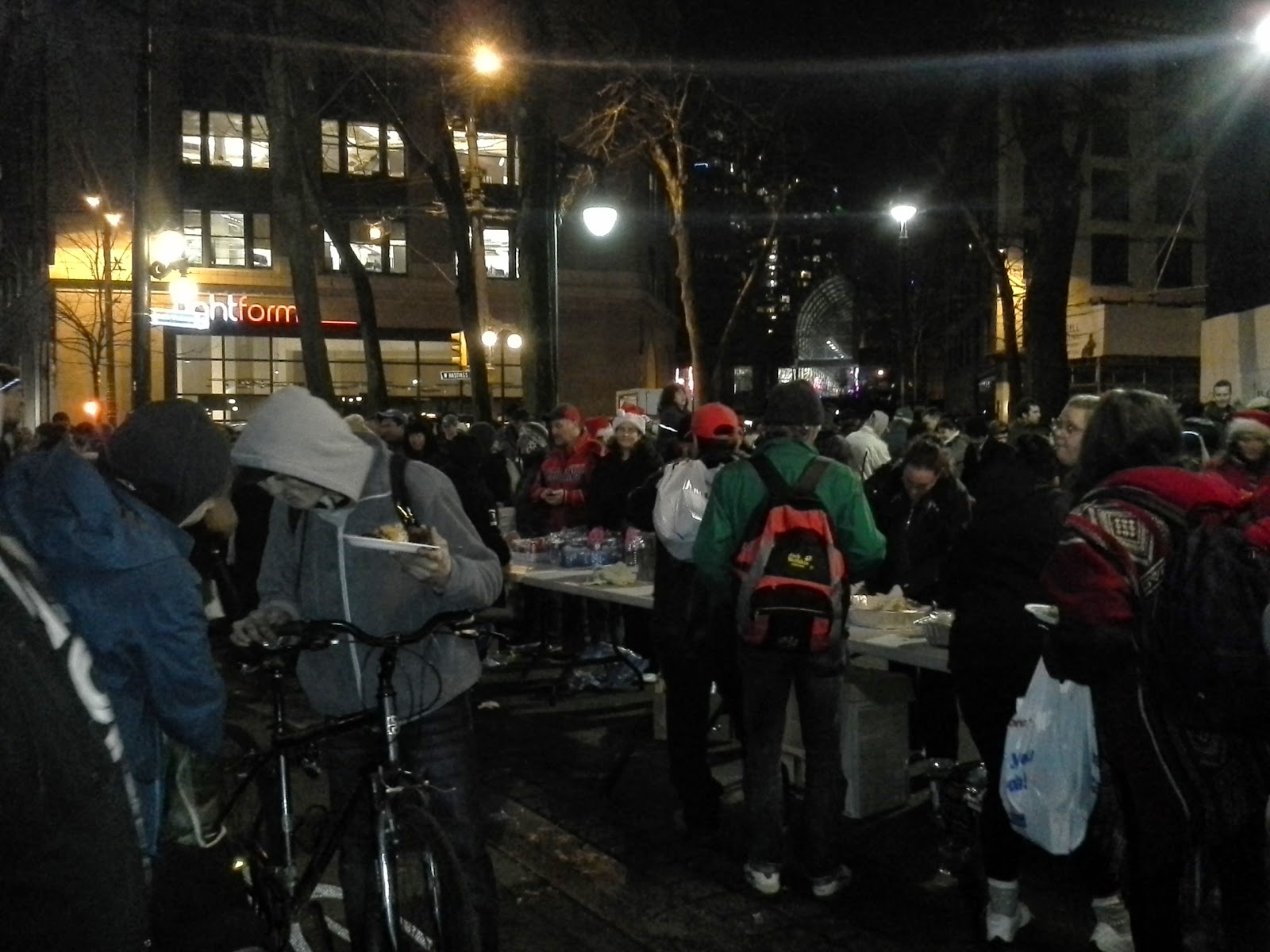 The beginning of the food line. 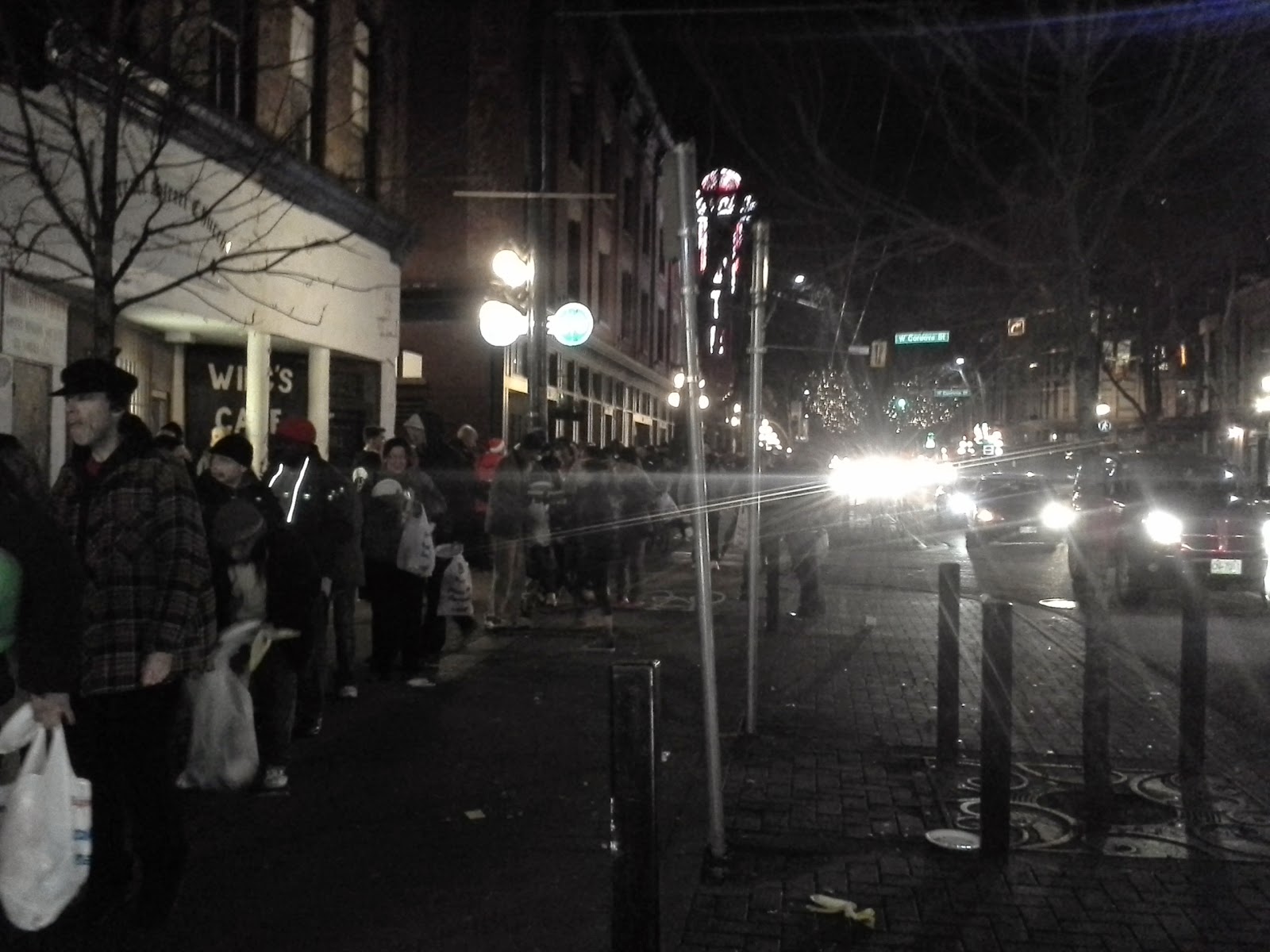 The food line extended to what looked like at least 4 blocks. 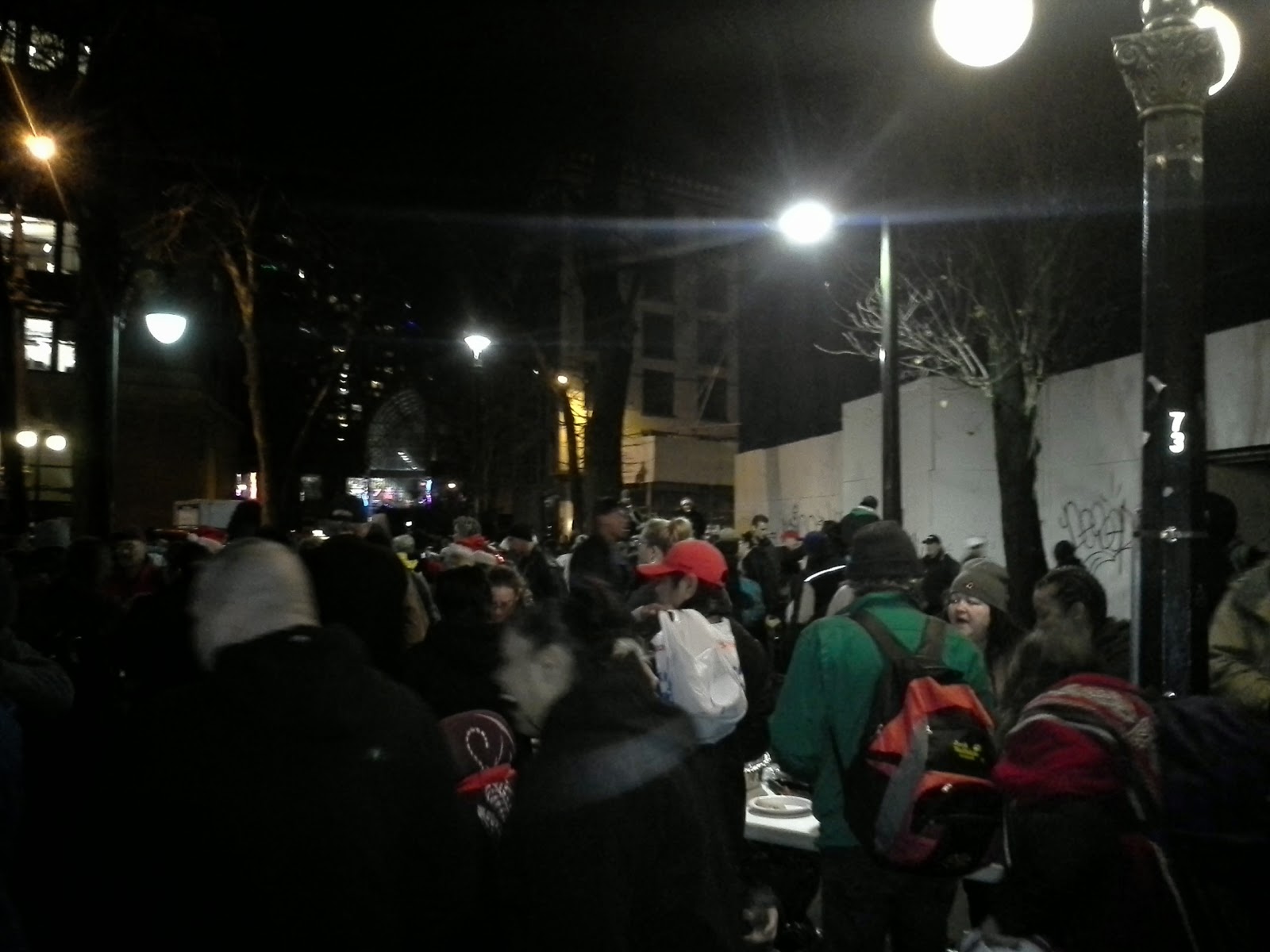 A sense of how crowded it was. 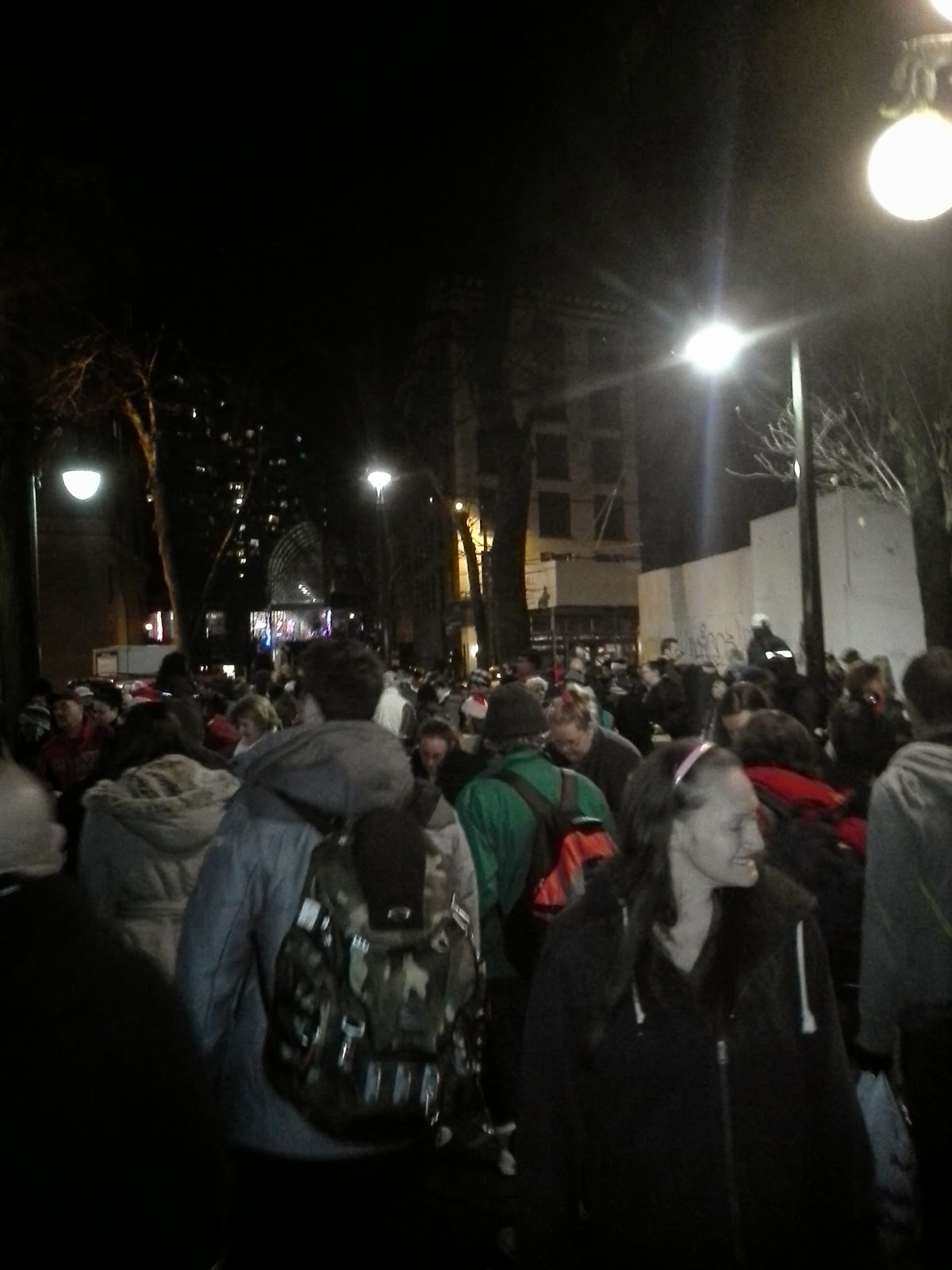 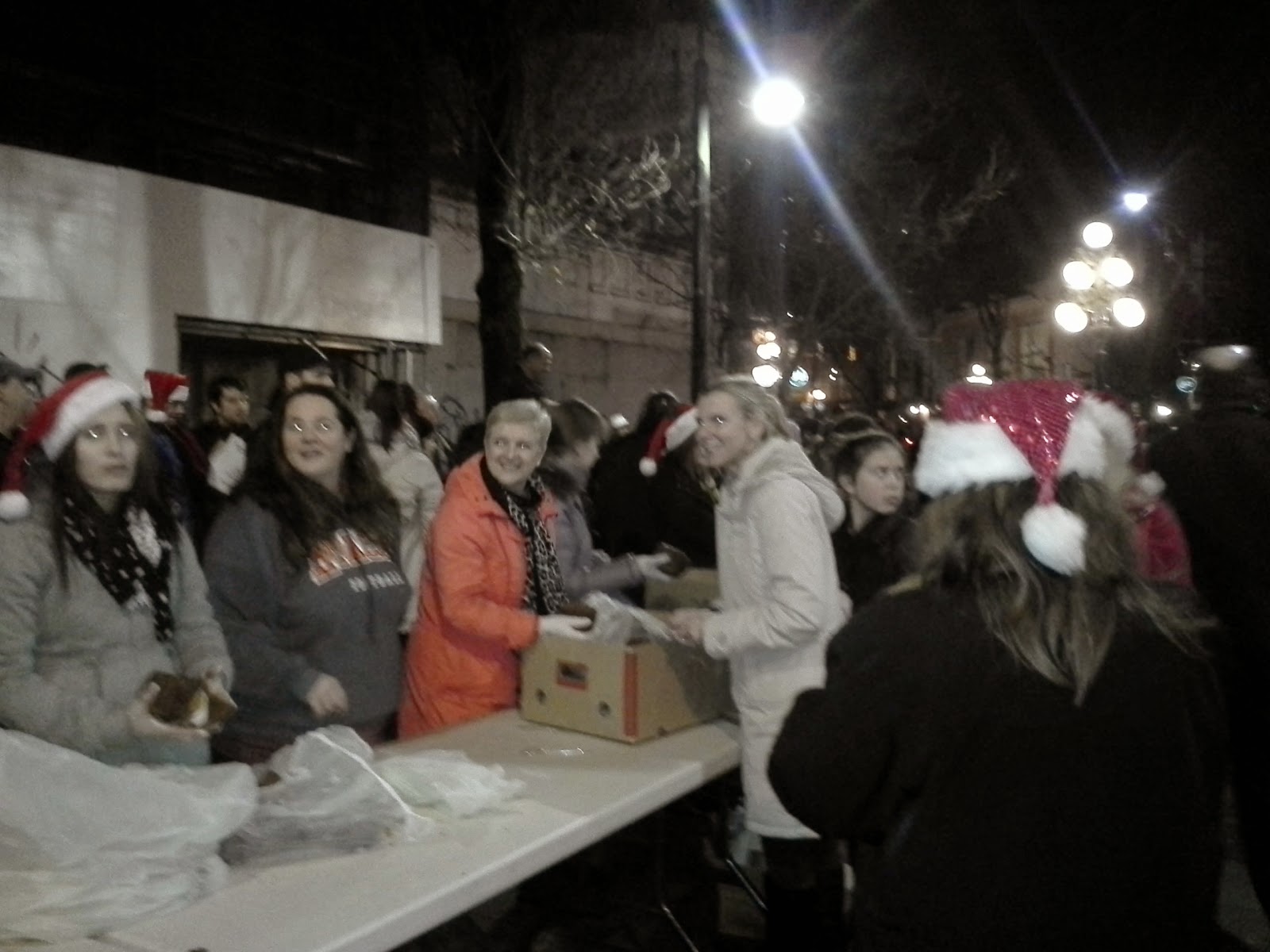 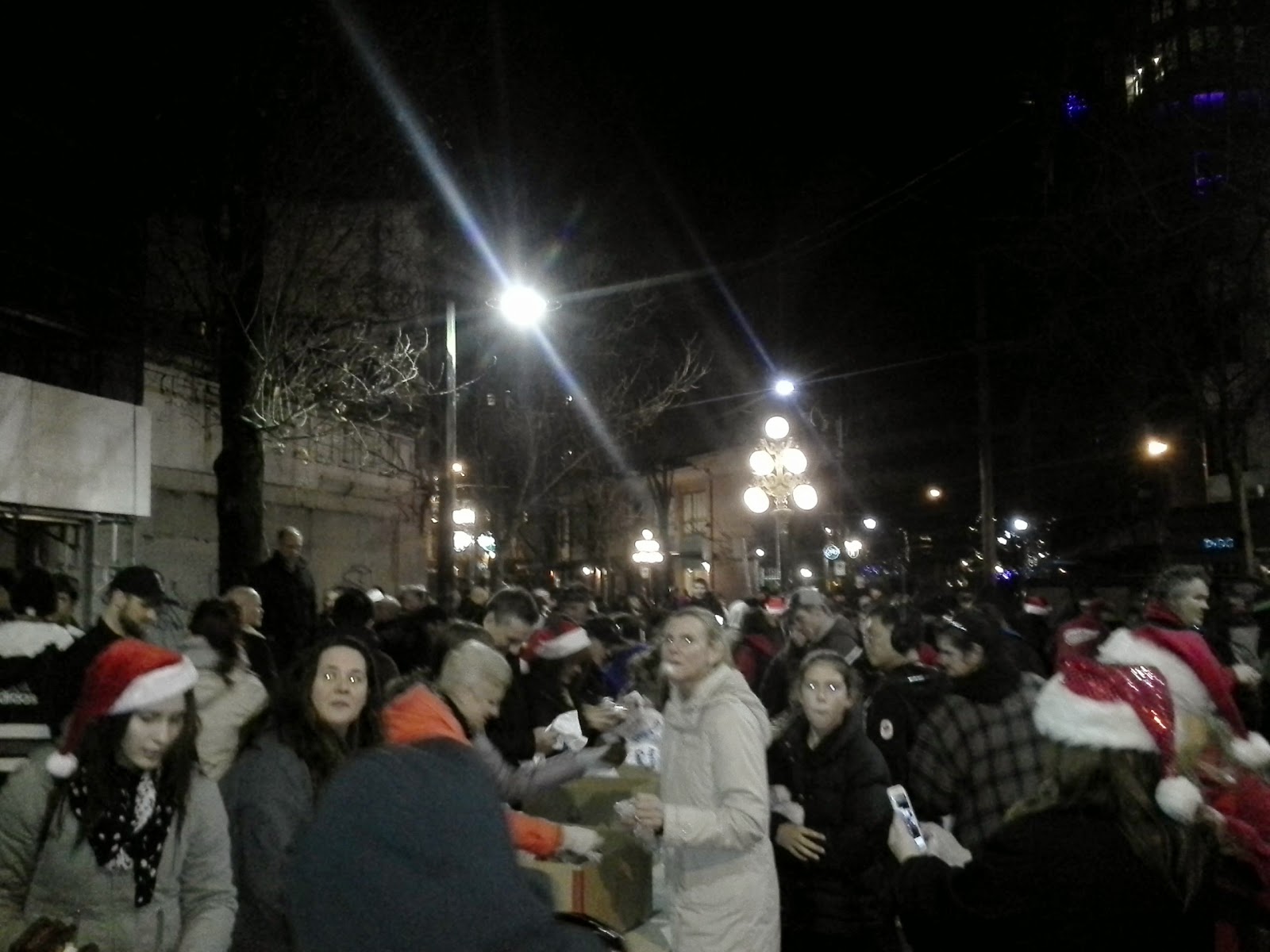 This is what the crowd looked like from the end of the food line. 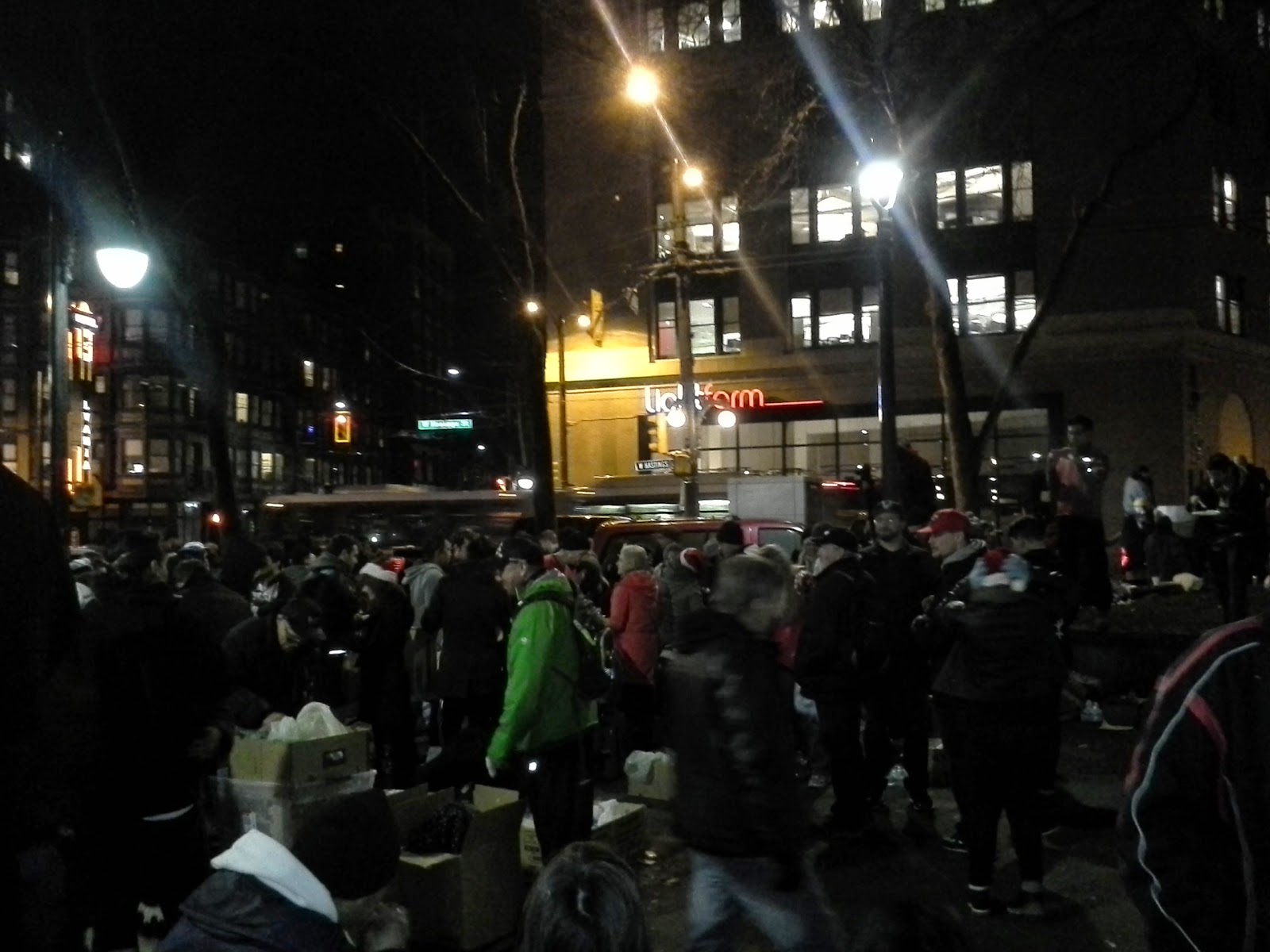 Volunteers taking food out, to those unable to stand in line. 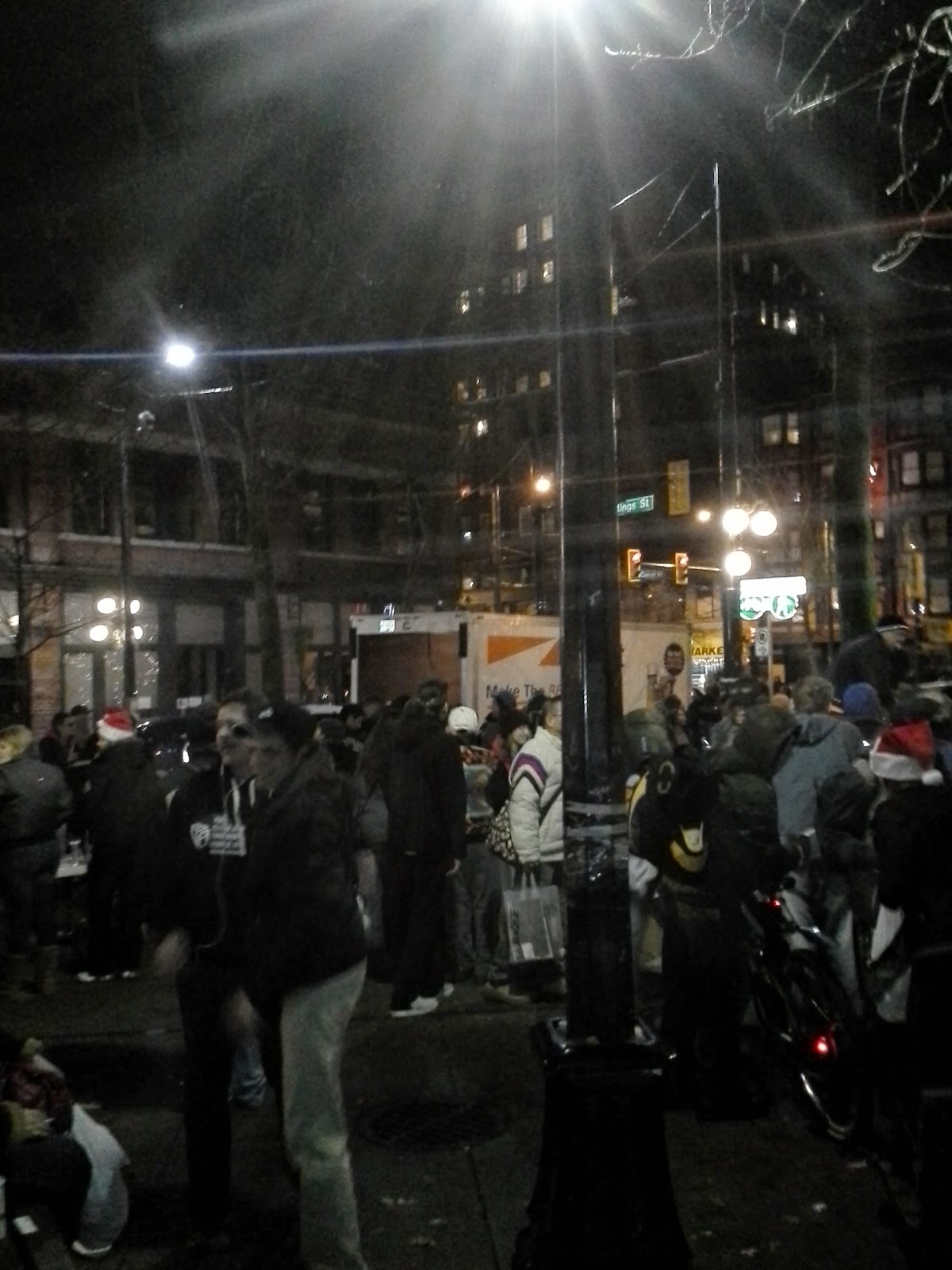 Clothing and blankets were being handed out of the budget van; this is as close as I could get.
In summary the event took hours of preparation time on the day of, and in the weeks leading up to. Within an hour and a half, almost all the food,clothing, and blankets had been distributed and the clean up process had begun, until next year. Amidst the free for all chaos and anarchy presented by offering free food to the needy, there was a semblance of peace, order and a sense of dignity in the way the Servants of Hope conduct their ritual. I want to thank them for what they do, and allowing me to be a participant.
Location: Pioneer Place, Vancouver, BC V6B 2J4, Canada