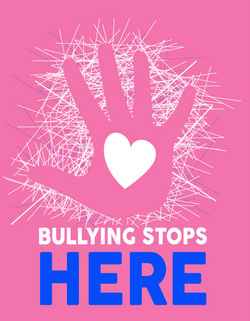 While the rest of the city, province and nation prepares to advocate for anti bullying, it would seem Vancouver city staff will proudly continue to wear pink, without knowing what it means. It wasn't that long ago, perhaps two years ago now, when  I, as the President of Hastings community centre, was bullied by Vancouver's Parks Board senior management demanding I sign over all assets owned by the non-profit, registered charity, made up of local community members. An community association that had spent the last 80 years working alongside the city of Vancouver to provide affordable programming and service to residents of the Hastings-Sunrise community. If we, the association,  refused to cooperate in handing over all our assets we would be evicted and then sued. Parks Board senior management, taking orders from the city manager, have wasted countless taxpayers dollars in their efforts to fleece various communities out of their well earned assets. Thankfully a judge quickly put an end to this bullying tactic of divide and conquer, but that has only seemed to slow down city of Vancouver staff. More recently the city of Vancouver staff turned their attention towards a former Parks Board manager, who, coincidentally was hired as a consultant by the very same association who were embroiled in a legal assets battle with the city. This former civic employee, turned consultant, was allegedly accused of inappropriate conduct. Taking it upon themselves senior management at the city of Vancouver managed to botch up the investigation, lose video evidence and then pronounce themselves judge, jury and executioner over this individuals fate. How convenient that the main consultant leading the legal battle against the city, was now, if you believe the city, involved in some scandal. In my opinion it seems like the city was tired of losing their case against the association in court, and began fabricating stories to harass and bully those assisting the associations.
It unfortunate their aren't more coming forward to wear pink and protest against the city of Vancouver's bullying of the community centre associations.

For more information about the recent defamation lawsuit against the city of Vancouver you can visit here and here.